Accelerating EVs: Costs down sales up

Last year saw the global electric car fleet surpass 5.1 million, up 2 million from 2017, according to the International Energy Agency’s (IEA) 2019 Global EV Outlook: Scaling up the transition to electric mobility.

The annual report states that electric mobility is rapidly growing with the number of new electric car sales almost doubling from 2017. The IEA points to policies playing “a critical role” in this growth, through mechanisms like fuel economy standards with incentives for zero and low-emissions vehicles, as well as support for charging infrastructure and battery development. Advances in technology are also helping to drop electric car costs – with developments in batteries and the expansion of production capacity in manufacturing plants - and this cost-decline is projected to continue.

The world’s EV fleet consumed around 58 TWh of electricity in 2018, according to the report, with China accounting for around 80 per cent of world electricity demand for EVs. 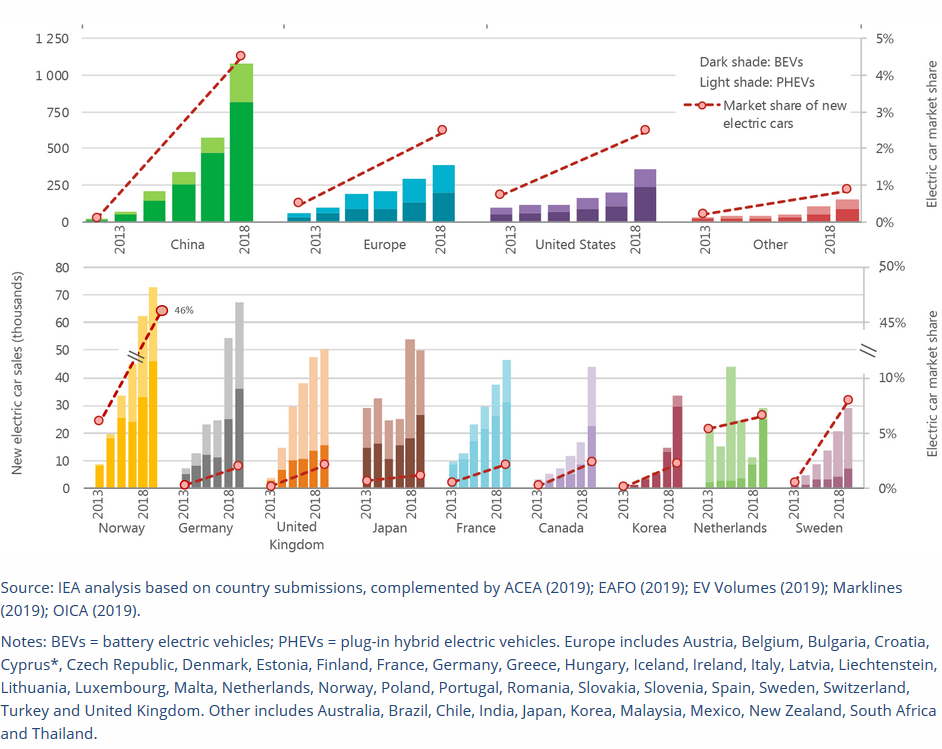 In terms of market share, Norway remains the global leader at 46 per cent of new electric car sales in 2018, followed by Iceland at 17 per cent Sweden at 8 per cent. With an increase across all modes of electric transportation, key global developments cited by the IEA during 2018 include:

This increase in electric transportation on the world’s roads has also seen a projected decrease in CO2 equivalent-emissions. EVs globally emitted around 38 Mt CO2-eq during 2018, compared to 78 Mt CO2-eq that an equivalent internal combustion engine fleet would have emitted during the same timeframe.

The report estimates the development of electric mobility through to 2030, via two scenarios: the New Policies Scenario, which takes into account known announced policy ambitions; and the EV30@30 Scenario, which looks at the Electric Vehicle Initiative’s more ambitious EV30@30 Campaign to reach a 30 per cent market share for all EVs except two-wheelers, by 2030.

Under the New Policies Scenario, by 2030: 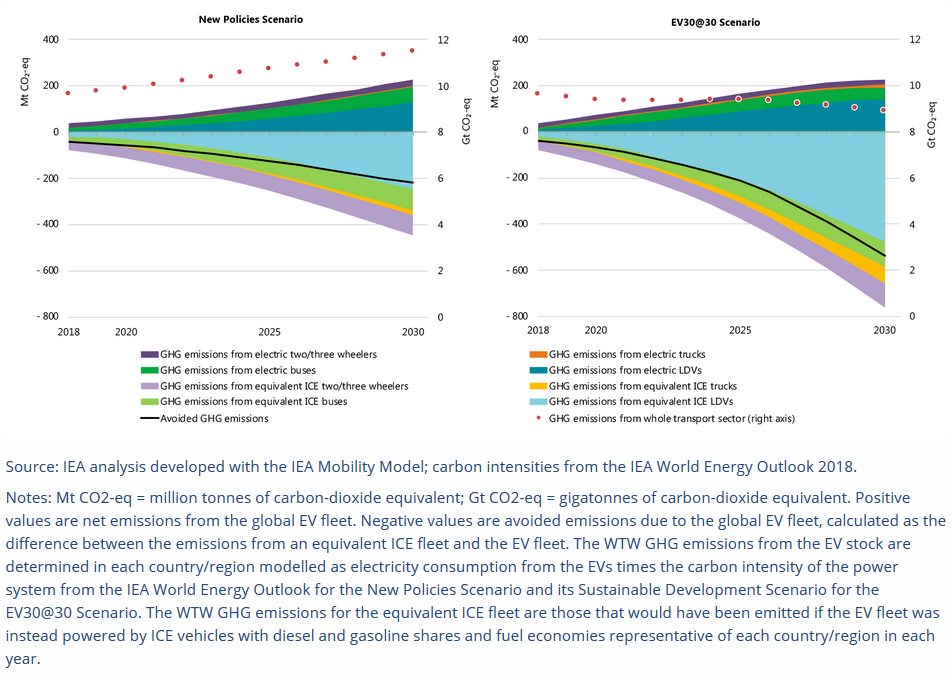 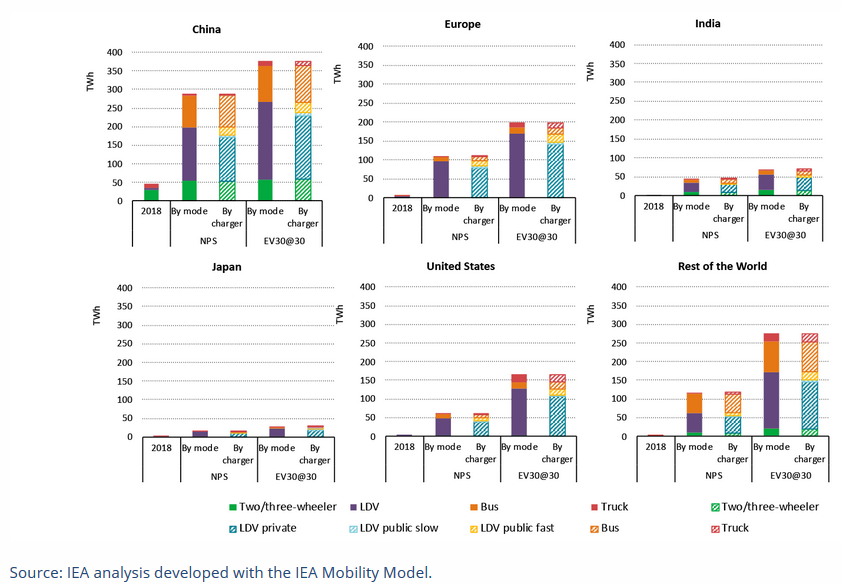 In 2030, electricity demand is centred around China and Europe in the New Policies Scenario, but this moves to be more extensive across the world in the EV30@30 Scenario. Across both scenarios, slow chargers, which can provide flexibility services to power systems, are estimated represent over 60 per cent of the total electricity consumed globally to charge EVs. According to the report, controlled charging is well suited to contribute to increased flexibility in power systems, with features including:

While the report says that “dynamic developments underpin a positive outlook for the increased deployment of electric vehicles and charging infrastructure,” the IEA still raises some notes of caution. Such as, ensuring a policy environment that encourages EV uptake and reduces investment risks is in place, as well as increasing policy support for the development of a battery industry value chain.

It says that the private sector is responding proactively to the EV-related policy signals and technology developments. However, the emissions savings due to EVs on the world’s roads will also be dependent on the emissions saved across the entire value chain, there will have to be close co-operation between EV manufacturers and fleet operators who are still transitioning and managing the change to a new electric car market.

There will also be an “increased larger demand” for raw and new materials in the automotive sector that will need to be sustainably managed – namely cobalt, which has been previously covered in EnergyInsider here.

The management - reduce, reuse, recycle - of batteries as they retire from their EV performance-life also needs to be addressed (also covered in last week’s EnergyInsider). The report notes that this management should maximise the recovery of materials at battery end-of-life treatment while minimising costs. This practice could also reduce the need for raw materials and limit risks of shortages.