Retailers continue to improve in Victoria

For a second year running the number of electricity and gas disconnection cases decreased according to the Energy and Water Ombudsman (Victoria) (EWOV) 2016 Annual Report[i]. This result demonstrates the shift in approach by energy retailers who are taking a more customer-focused path towards resolving affordability issues.

Although the Ombudsman remains concerned about energy affordability, it is unclear whether the Victorian Essential Services Commissions (ESC) new ‘payment difficulty framework’ is required[ii]. The detail of the new framework and how it will be rolled out to retailers is not clear, however it’s expected any new requirements would increase the cost of potential system changes. The new framework could also confuse consumers and lead to increased complaints hindering the productive work retailers have done to date.

According to the EWOV report Victoria has seen fewer problems with billing systems and better internal dispute resolution by energy companies for FY2015-16. This has delivered a decrease of 34 per cent in electricity cases and 18 per cent in gas cases in FY2015-16 on year ago levels. Figure 1 highlights the electricity and gas cases received by EWOV between FY2011-12 and FY2015-16[iii]. 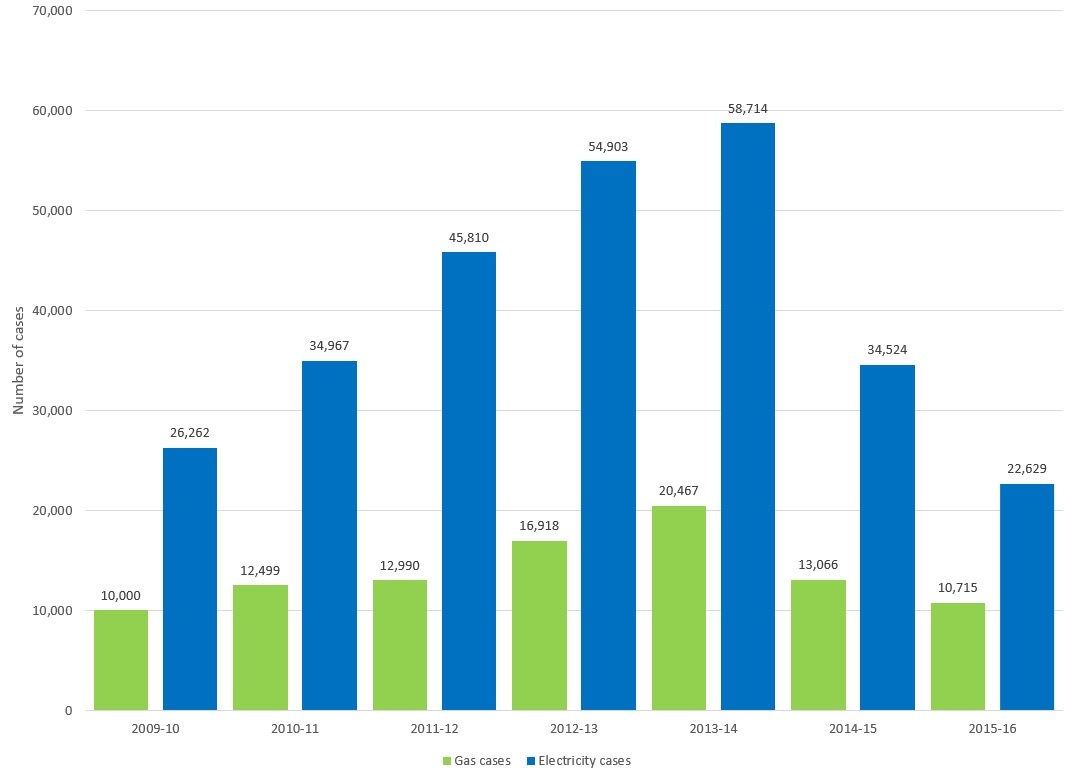 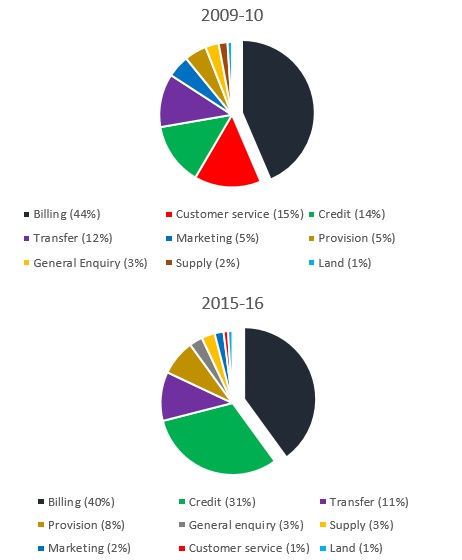 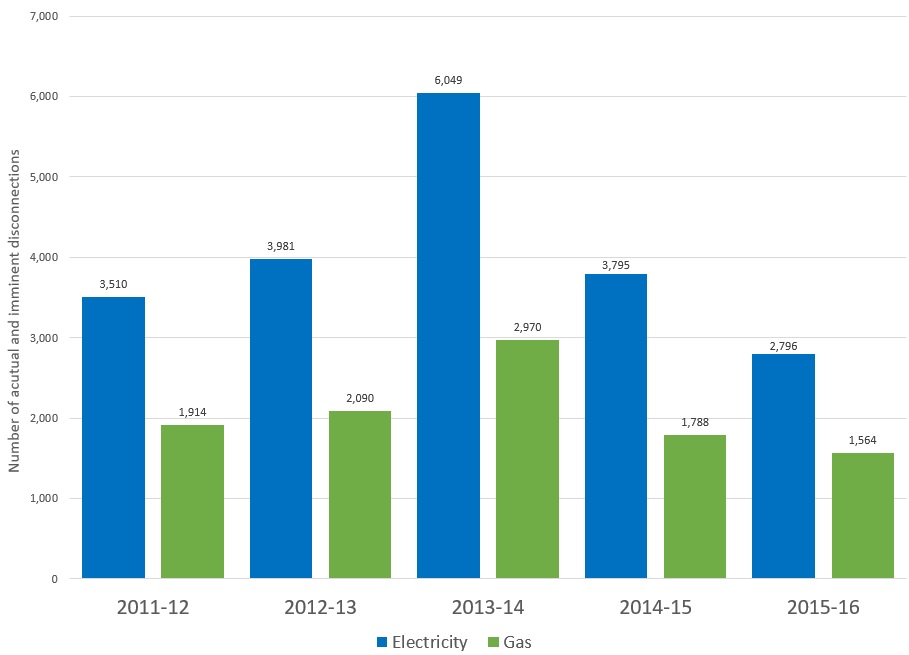 The FY2013-14 results led to a significant increase in actual and imminent disconnections, which resulted in the ESC conducting an inquiry and producing a report on the best practice financial hardship programs of energy retailers.

The final report of the ESC’s inquiry into retailer assistance measures for energy customers in financial hardship was released in March 2016. The Victorian Energy Minister endorsed the recommendations, and the ESC then commenced what was to be an implementation program for the new ‘payment difficulty framework’ to commence on 1 July 2017[vi].

Since the announcement of the proposed ESC framework, electricity and gas disconnections cases have continued to decrease. It currently remains unclear how the new framework’s implementation process will work and if it is required. There are uncertainties regarding the detail of the new framework and how it will be enforced and it could potentially increase the cost of system changes. The new framework could also confuse consumers and lead to an increase in complaints, hindering the productive works retailers have currently done.

Energy retailers also continue to develop hardship programs for customers experiencing financial difficulty. According to EWOV the fall in credit cases can be attributed to more attention from energy retailers to prevent less complex hardship complaints escalating. Despite the decline in cases since 2013-14, credit issues regarding disconnection continue to be top of the list of customer concerns. Retailers plan to continue to reduce affordability and hardship complaints through the provision of effective hardship support, offering sustainable payment plans, improving communications and customer engagement and generally providing better customer support. More work is still required to decrease customer complaints, however, a key will be collaboration between retailers, government and regulators.

Mar 10 2022
Read Analysis
GET IN TOUCH
Do you have a question or comment for AEC?