The Australian Energy Council has reviewed the latest Clean Energy Regulator (CER) data to highlight the top suburbs and areas for solar installations by state and territory.

But when we look at the first quarter installations this year, there has been a shift in the post codes: of the top 10, two were in Queensland, while New South Wales and Victoria each have three of the leading post codes, and Western Australia has two.

Queensland still recorded the leading post code in the first quarter this year - 4300, which includes suburbs in the City of Ipswich (Springfield, Bellbird Park, Augustine Heights, Camira, Brookwater) - where a total of 650 solar systems were installed in the first three months of 2021. It was followed by the Wagga Wagga area in NSW (post code 2650), which reported 549 solar PV systems installed, and post code 3029 (Hoppers Crossing, Tarneit and Truganina) in Melbourne’s west. The top post codes for each state and territory are included in in the map below which also shows the total number of PV systems installed in each jurisdiction during the first quarter this year. 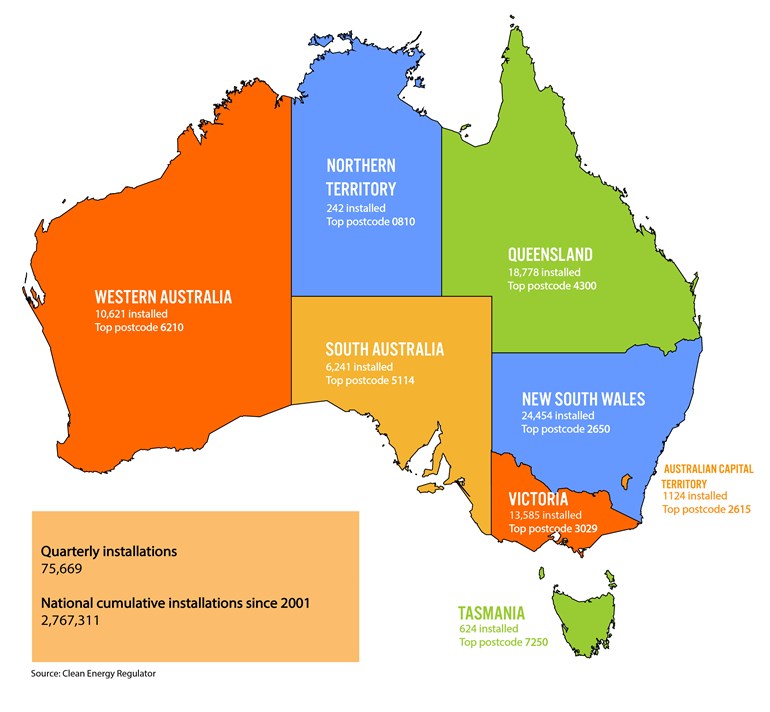 The top three post codes for each jurisdiction in the first quarter 2021 are shown in the following tables. 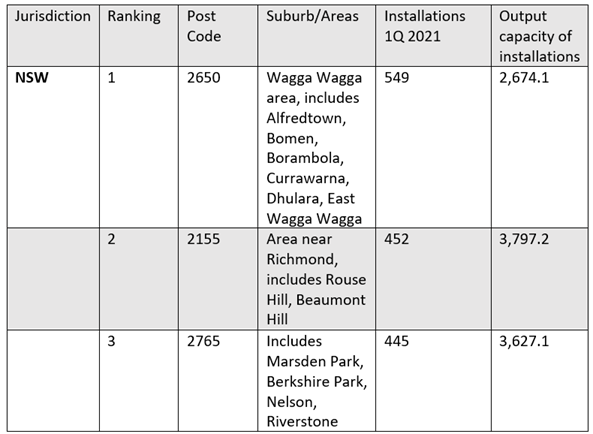 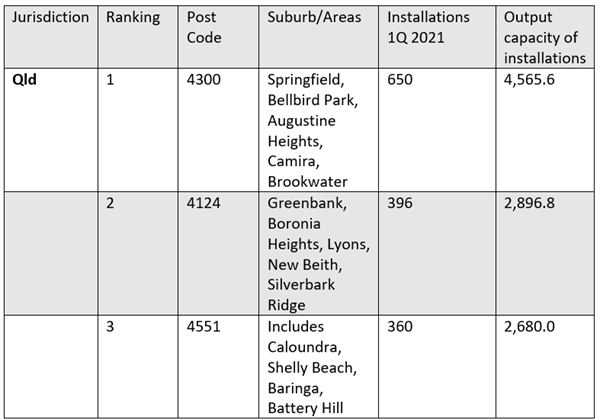 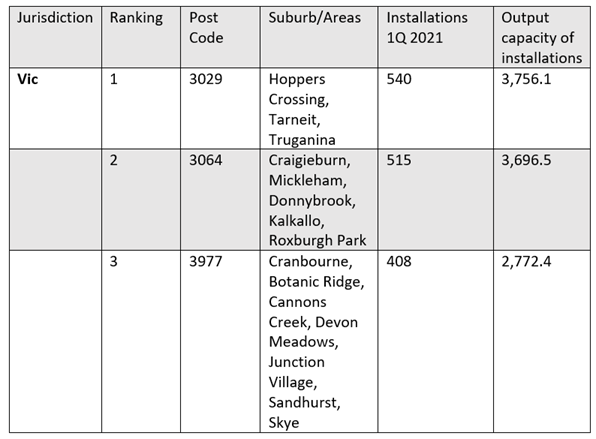 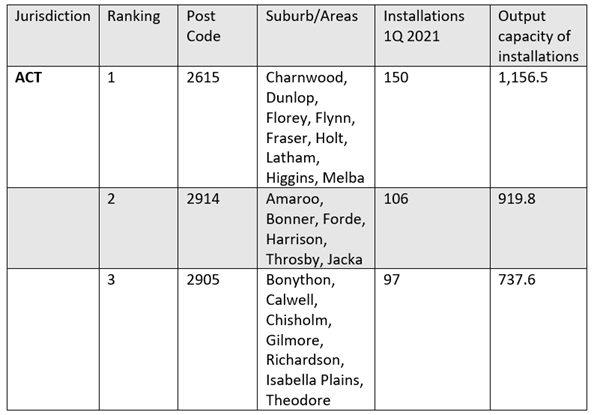 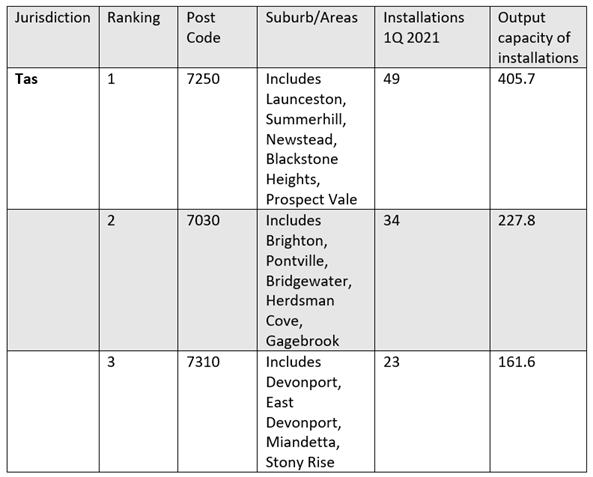 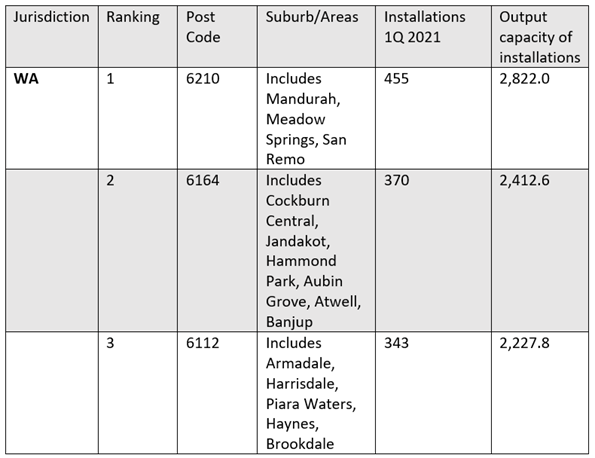 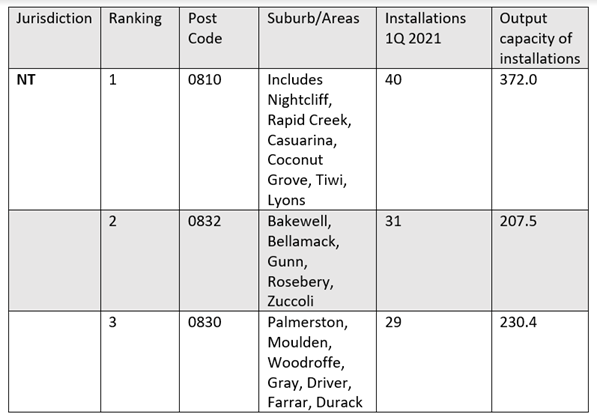 By state, New South Wales has led the annual level of solar installations, followed by Queensland. Queensland previously set the pace for solar system installations prior to 2018. 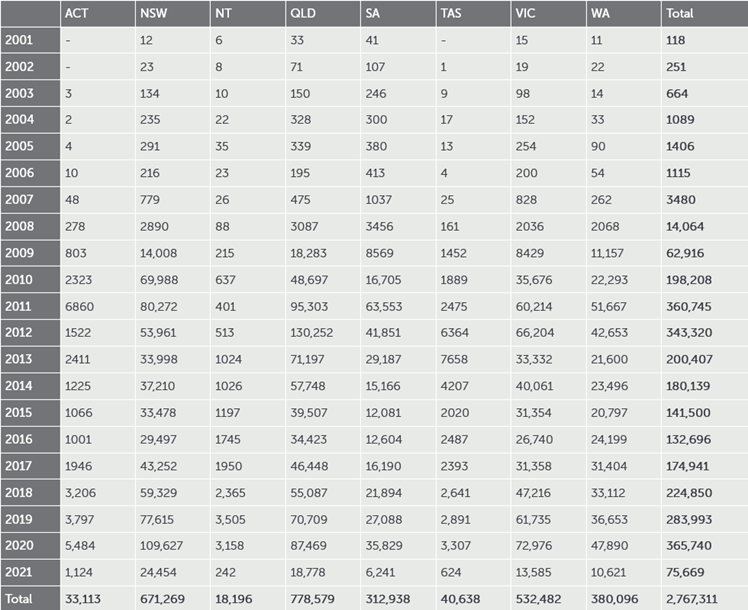