The National Electricity Market (NEM) is presently subject to numerous proposals for government interventions. It appears much of the genesis for these interventions is driven by a common view in government and regulators that the market is insufficiently competitive, with vertically and horizontally integrated firms in generation and retailing.

The Australian Energy Council asked respected economist, Rajat Sood, then of Frontier Economics, to contemplate this issue, particularly with a focus on future developments.

What his report found is very significant[i]. The widespread presumptions of imperfect competition derive from a historical paradigm of large generators supplying electricity in one direction to unresponsive consumers. However, profound technological and policy shifts are underway that are radically shifting that paradigm.

In short, the report found that recent and upcoming changes to electricity generation and storage technology, market architecture and supporting infrastructure, like transmission investments, are likely to mitigate medium-term price cycles in the NEM and resolve many of the pressures that provoked market interventions.

The market was designed to balance supply against demand at all times and pricing was largely a signal to change investment in supply rather than to change demand.  And because supply sources were lumpy and slow to build, the market would effectively lurch between “feast and famine”. Wholesale prices went through major cycles which was problematic for stakeholder acceptability, even if these outcomes reflected the market operating as designed given the historical industry paradigm. It was inevitable that firms would structure their businesses to better manage these risks, including development of the gentailer model – businesses that have both retail portfolios and generation assets. 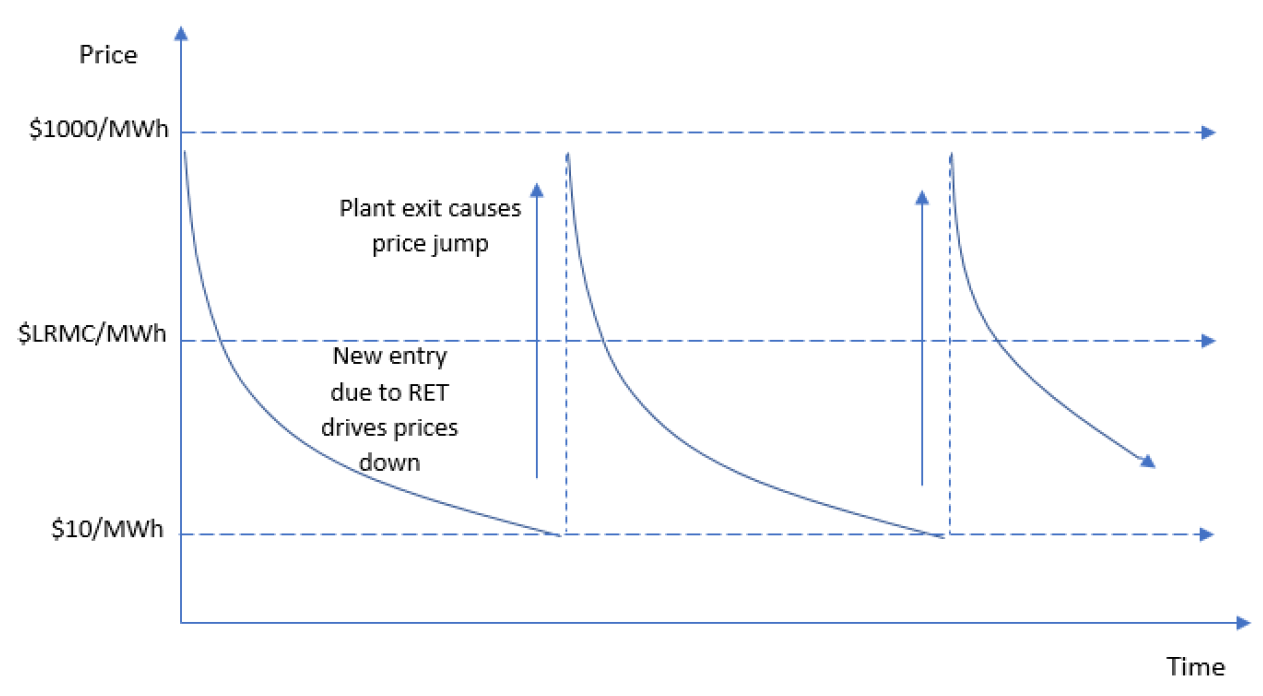 The figure above illustrates this issue in the context of low prices triggering the closures of Northern and Hazelwood power stations. Note the large step changes in wholesale prices when supply changes followed by a long period of high prices and before new supply restarts the cycle. What is overlooked, and what is highlighted by Rajat Sood’s work, is that recent and upcoming changes to electricity generation and storage technology, market architecture and supporting infrastructure are likely to mitigate not only these medium-term price cycles, but also the scope of generators to lead to short-term price spikes. That in turn alleviates much of the push for the kind of interventions that have been put forward and that often lead to unforeseen consequences (which in turn prompt calls for further intervention – a less-than-virtuous circle). 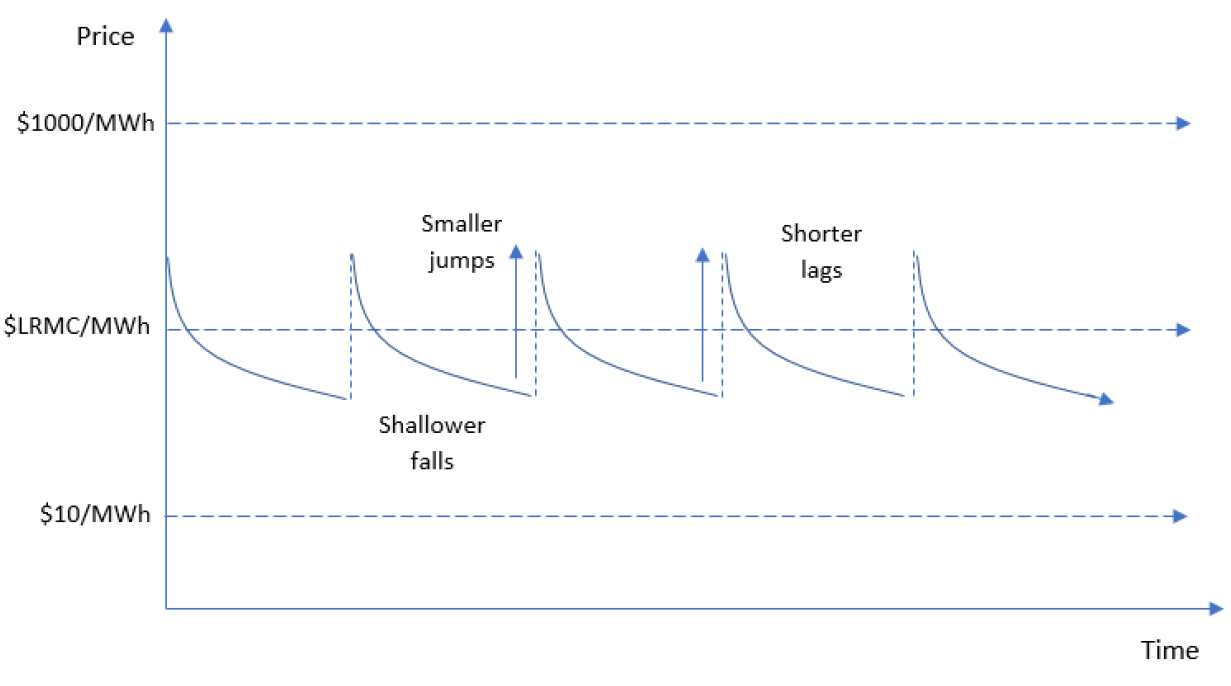 Figure 2 illustrates the smaller steps that would be expected in the market of the future and the quicker recovery to a level of equilibrium and reasonable prices. This is cause for some optimism about future stakeholder acceptability.

The report notes that the types of changes that are forthcoming or likely to occur over the next few years include:

This combination of technological, economic and policy-driven changes is likely to have a very significant effect on participant short and longer-term decision-making and on medium-term price cycles.

These kinds of developments, according to the report, are likely to offer these major benefits from the perspective of policy-makers and regulators:

When contemplating interventions, policy makers should be considering their application to the industry of the future, rather than that of the past.

[i] NEM structure in light of technology and policy changes, Report for the Australian Energy Council prepared by Rajat Sood, Frontier Economics, 13 December 2018