The CSIRO’s latest assessment of the cost of various generation technologies, GenCost 2021-22, shows renewables will remain the cheapest new build, even with integration costs for additional transmission and storage.

The latest report models the integration costs of large-scale solar and wind to 2030 in the National Electricity Market, Western Australia’s South West Interconnected System (SWIS) as well as other areas of the state outside the SWIS.  While the assessment does expect a speed bump for cost reductions due to factors like the increased pressure on supply chains as a result of COVID-19 and other factors, it also anticipates cost reductions for technologies will resume from next year.

The integration costs for variable renewable energy (VRE) based on shares of generation ranging from 60 per cent to 90 per cent for combined large-scale solar and wind are also examined.  GenCosts estimates those integration costs to support renewables will add between $16 to $28/MWh by 2030 depending on the final VRE share (as shown in figure 1). 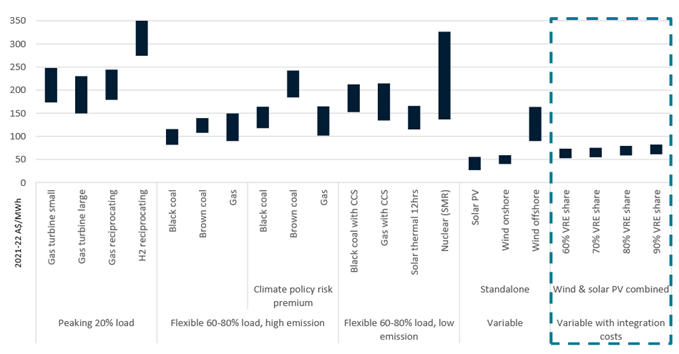 The integration costs are based on the need for storage, additional transmission and synchronous condensers, which can be used to replace lost inertia from traditional generation which is expected to retire. It also assumes the pumped hydro projects, Snowy 2.0 and Tasmania’s “Battery of the Nation”, are built before 2030, as well as transmission expansion projects flagged in the Australian Energy Market Operator’s Integrated System Plan as required before 2030. NSW gas peaking plants at Kurri Kurri and in the Illawarra are also assumed to have been built, while NSW’s target for an additional 2GW of at least 8 hours duration storage is also assumed to be met by 2030.

All estimates are based on a maximum of costs across nine weather years. When added to variable renewable generation costs and compared to other technology options, these estimates indicate that onshore wind and solar PV remain the lowest cost new-build technologies. See table 1. 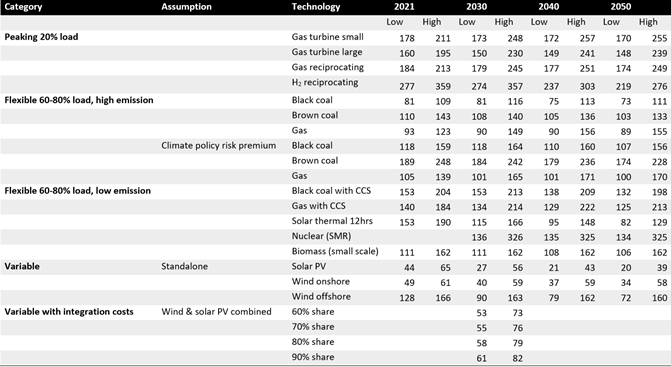 In considering the integration costs GenCosts looked at transmission to connect Renewable Energy Zones (REZs), while other transmission includes interconnectors and expansion of existing lines.

It considers additional expenditure on synchronous condenser capacity is required in most states although it increases moderately with higher VRE share.

REZ transmission expansions is projected to add $6/MWh to $8/MWh, as VRE share increases from 60 per cent to 90 per cent and other transmission adds $3.8-$10.0/MWh and its costs are expected to accelerate as the VRE share grows. Synchronous condensers costs will add between $1.0/MWh to $1.2/MWh, while storage adds $6.4 to $8.4/MWh.

In 2030, GenCosts estimates the NEM will need 0.20kW to 0.34kW of storage capacity for each kW of variable renewable generation. 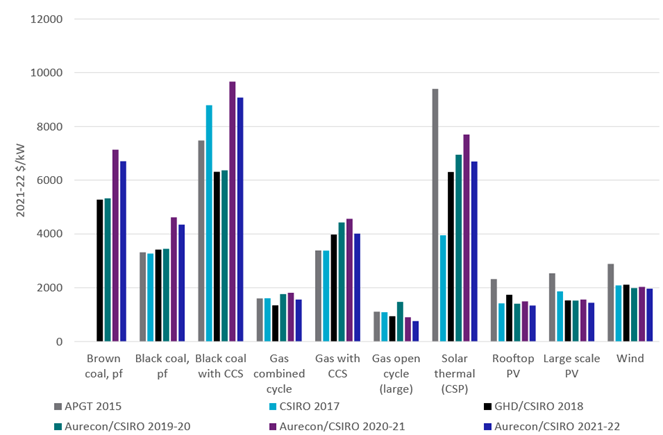 In the lastest GenCosts, the capital costs for large-scale solar have significantly reduced for 2021-22 compared to previous projections (see figure 4). Although the cost reductions are paused in 2022-23 to reflect tighter supply chains, cost reductions are expected to be accelerated based on the global net zero emissions by 2050 scenario, particularly later this decade. 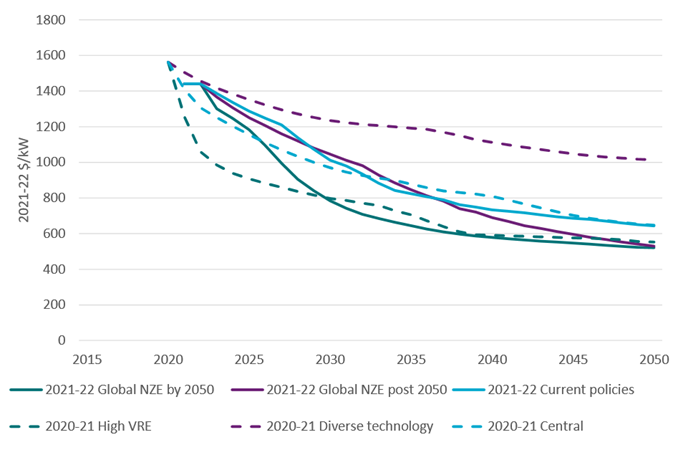 Like other technologies, the capital costs for onshore wind are expected to fall with greater global climate policy ambition, subsequent deployment as well as increased learning rates. It’s also assumed that wind can achieve further cost reductions by improving its capacity factor over time. 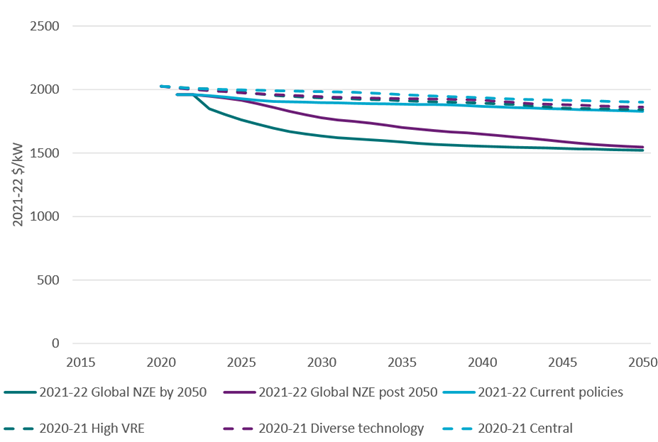 Offshore wind is expected to benefit from higher electricity demand globally. It’s considered well suited to countries with good wind resources, relatively shallow coastal waters and where this is limited onshore land or demand for other land uses. The report also notes offshore wind has the potential to increase its capacity factors due to greater scope to install larger turbines. Regardless the LCoE for offshore wind remains much higher than for onshore wind or solar (see table 1). 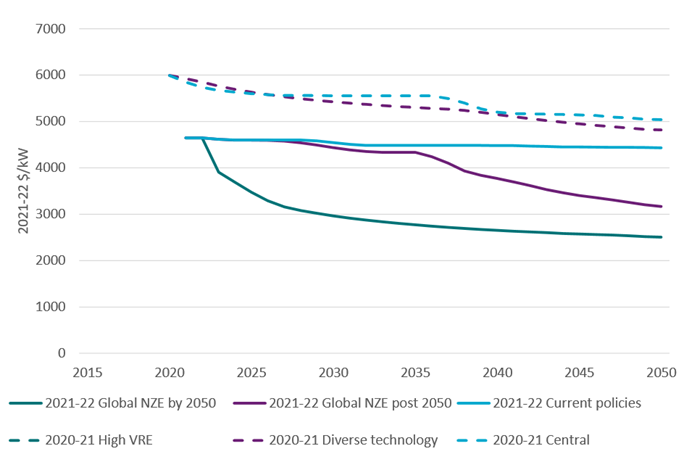 Aug 04 2022
Read Analysis
GET IN TOUCH
Do you have a question or comment for AEC?