Transitioning with gas: What role will it play?

There has been much discussion in the press recently[i] about whether gas is, or should be, a transition fuel from coal-fired generation to a predominantly renewable energy-based future. Is it? Should it be? Could it be? We answer those questions and more.

There are currently 76 gas-fired generation units in the National Electricity Market (NEM), making up 10,600MW or 25 per cent of the total scheduled generation. These generators have different ages and capabilities, ranging from the 120MW Torrens Island “A” steam turbine units built in 1967, to the latest 210MW Barker Inlet Power Station reciprocating engine units, which were commissioned late last year.[ii]

Having different technologies, the plants have different running patterns, for example during the period 30 January-10 February this year, Torrens B1 ran steadily, flexing up and down as needed, whereas Barker Inlet switched on and off as required, as shown in Figure 1 below. 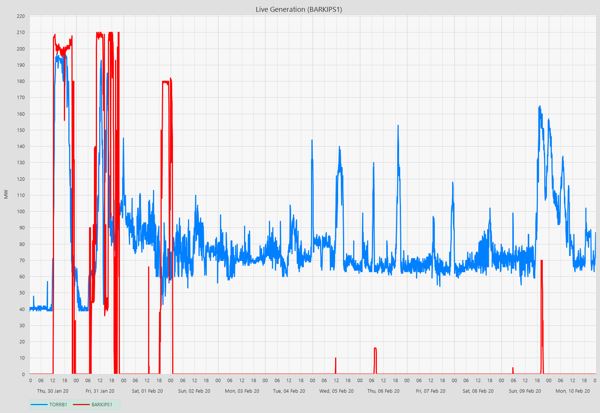 It is accepted that the NEM’s fleet of coal-fired generation will reach the end of its technical life in the next 40 years, and the Australian Energy Market Operator (AEMO) has published its expectation of the retirement profile in the Draft Integrated System Plan (ISP).[iii] 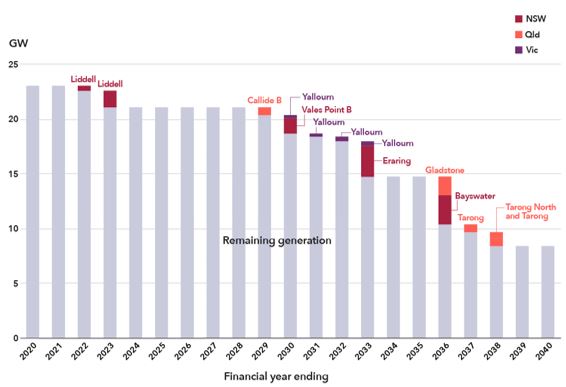 While there is a growing collection of renewable energy plants available to provide replacement energy, such plant cannot always be relied upon, for example in the middle of last year, when wind generation across the NEM quartered for a week. 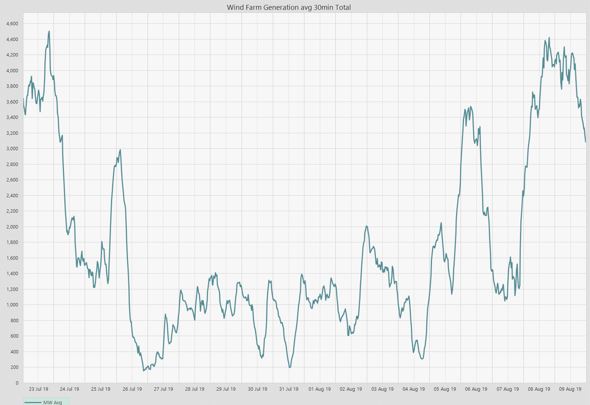 Thus the market must turn to other sources, being batteries, hydro and gas.

Each technology has its own strengths and limitations. For example, batteries are very responsive, but their duration is limited, as discussed in this Energy Insider article. Hydro, and in particular pumped hydro, has more opportunity to be called into action when needed, but site availability and environmental considerations must be overcome to install new plant. The NEM currently has 7,600MW of hydro plant (800MW of which is pumped), with Snowy 2.0 to add a further 2,000MW of capacity.

Gas-fired plant is discrete and, to some extent portable. For example, the SA Temporary Generation plant has been relocated, following the signing of 25-year leases with private companies.[iv]

However unless it is dual-fuelled, it does not have fuel onsite (as hydro does) or have the ability to replenish itself, as batteries do. Instead it must rely on the extraction of natural gas from sources which are generally distant from the generation site, and have the natural gas hauled to site via transmission pipelines.

The International Energy Agency has recognised the utility of gas-fired generation as a transitional technology in its report, The Oil and Gas Industry in Energy Transitions.[vii] The report says,

“The role of gas in the power sector in the SDS[viii] varies by country, depending on prevailing prices and policies, but there is a general shift towards the provision of balancing and flexibility functions for both seasonal and short-term variations in demand, rather than the provision of baseload or mid-merit power. As variable renewables scale up rapidly, gas infrastructure plays a crucial role in ensuring security of electricity supply.”[ix]

While natural gas and gas-fired generation have their disadvantages, so too do other fuel sources and generation technologies. As the power system currently stands, renewable generation needs to be supplemented to provide a similar output certainty to conventional plant, and natural gas is one method by which the transition to more renewable energy can be facilitated. The extent to which it can do this will depend on the extent of the role of gas in the power system will be dependent on the availability of supply, transportation and storage infrastructure, as well as the cost of the gas and its transportation.

[i] “More gas the key to mitigating climate risk: PM”, Australian Financial Review, 29 January 2020; “Scott Morrison is stuck in a time warp – more gas is not the answer”, The Guardian Opinion, 2 February 2020

[viii] The World Energy Outlook Sustainable Development Scenario (SDS) charts a path fully consistent with the Paris Agreement by holding the rise in global temperatures to “well below 2°C … and pursuing efforts to limit [it] to 1.5°C”, and meets objectives related to universal energy access and cleaner air.