On 19 July, the Western Australian Government released its Renewable Hydrogen Strategy, which aims to position the state as a leader in the global renewable hydrogen[i] industry.

The WA Premier, The Hon. Mark McGowan, stated the government will actively support industry efforts to grow the renewable hydrogen industry, saying that “The Strategy will look at developing Western Australia’s domestic production capabilities and opportunities for downstream processing. It will also look at ways to drive local content, so Western Australian suppliers are in the box seat to capitalise on the potential of hydrogen[ii].”

As a part of the McGowan Government’s drive for innovation and economic diversification, the Western Australian Renewable Hydrogen Council[iii] was established in 2018, and informed the development of the strategy. Whilst the vision is orientated towards an export market, Minister Alannah MacTiernan recognises that the development of a market will not occur without significant investment and lead times.

The Strategy, published by the Department of Primary Industries and Regional Development, and subsequent efforts are also aligned to the development of a National Hydrogen Strategy being led by Australia’s Chief Scientist, Dr Alan Finkel for the Council of Australian Governments (COAG) Energy Council.

Increasing focus on decarbonisation, particularly in relation to non-electric sources of emissions, is expected to stimulate growth in a global hydrogen market. Countries such as Japan and South Korea have signalled an intention to import low-emissions hydrogen for energy and transport purposes. The strategy states that nationally, hydrogen exports could reach $2.2 billion by 2030 and $5.7 billion by 2040.

PierreEtienne Franc, secretary of the Hydrogen Council, says[iv] that Australia will need to develop a domestic hydrogen sector if it wants to capitalise on its huge potential as an exporter, amid competition from Saudi Arabia, Qatar and Chile, which are also eagerly eyeing a potential $US2 trillion global market by 2050.  He went on to say that Australia will need to bring other countries along in developing a hydrogen market aside from Japan and South Korea.

Western Australia’s world-class renewable energy resources, established energy production and export industry, and proximity to key international markets make it well placed to produce, use and export renewable hydrogen for economic and environmental benefit.  End uses include both as an energy carrier as well as feedstock for industrial processes (figure 1). 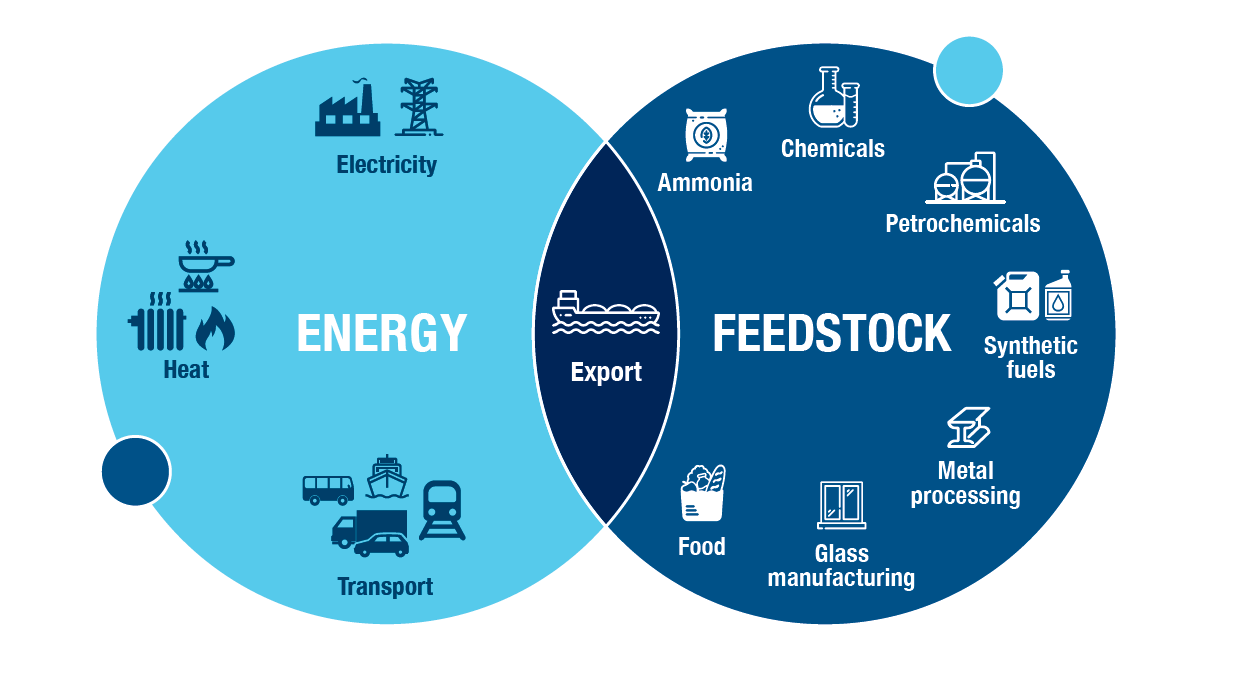 The key advantages identified in the strategy are:

6. Access to markets: geographical proximity to Asia and a historic presence in those market 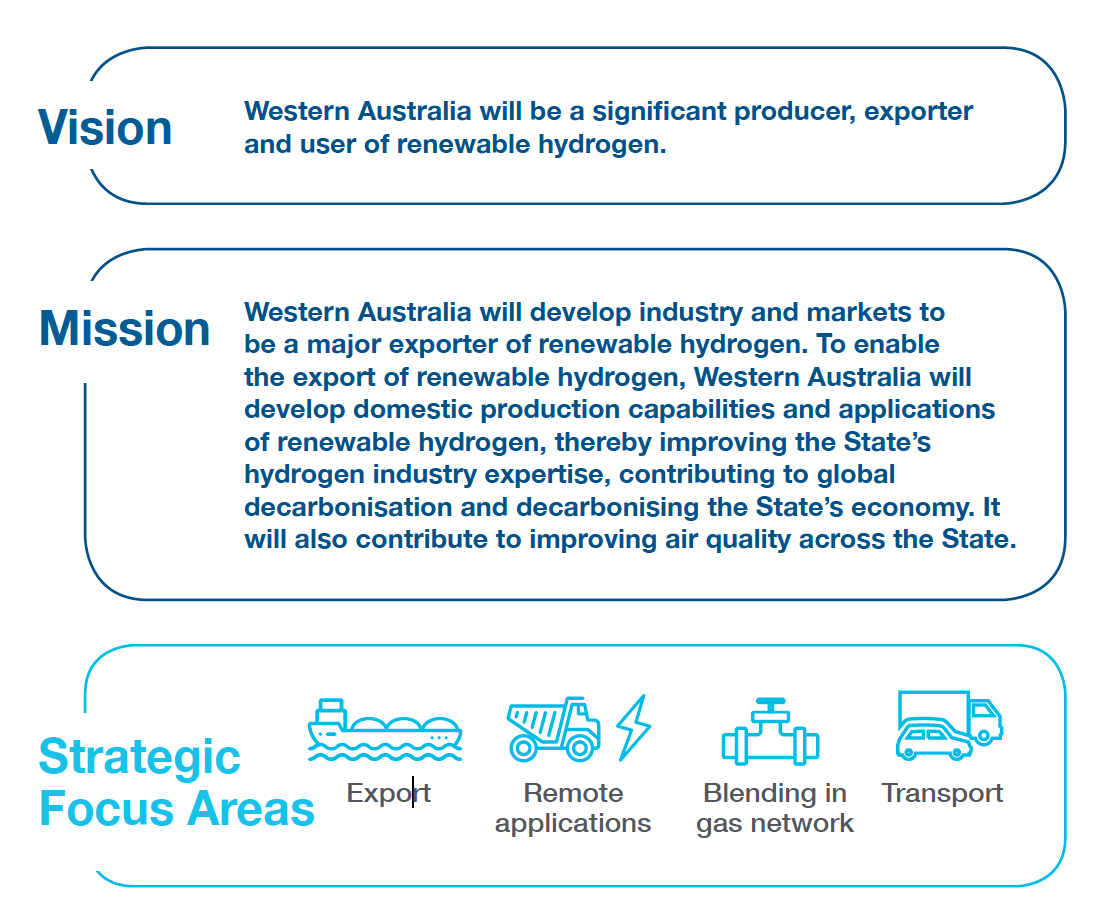 Financial support will no doubt be required to support the development of pathways to both technical and commercial viability. The government will make funding available for commercialisation, and for the development of appropriate standards and regulations for the sector.

This focus area will look to replace diesel in powering mining plant, mining vehicles, and feedstock for industrial processes. It could also be used as a storage medium as an alternative to batteries. Hybrid systems (renewable energy, batteries and hydrogen with back up diesel) may be an alternative supply solution for remote communities.

Figure 4: Example renewable hydrogen use on a mine site 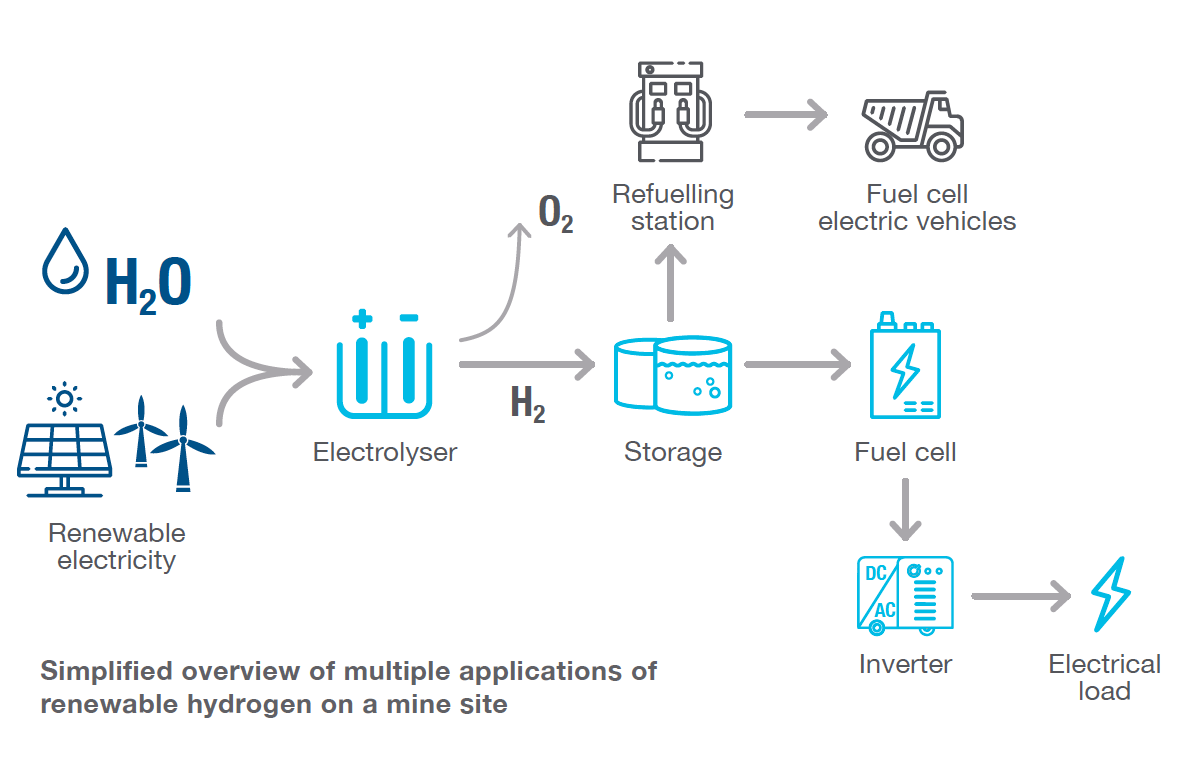 Blending up to 10 per cent renewable hydrogen into the existing gas network could reduce emissions by 13 per cent.  This represents an opportunity to partially decarbonise gas consumption and provide a step towards deeper decarbonisation in the longer term.

Electrolysers could also be used as a service to absorb excess renewable energy in the grid or replace rapid loss of demand. 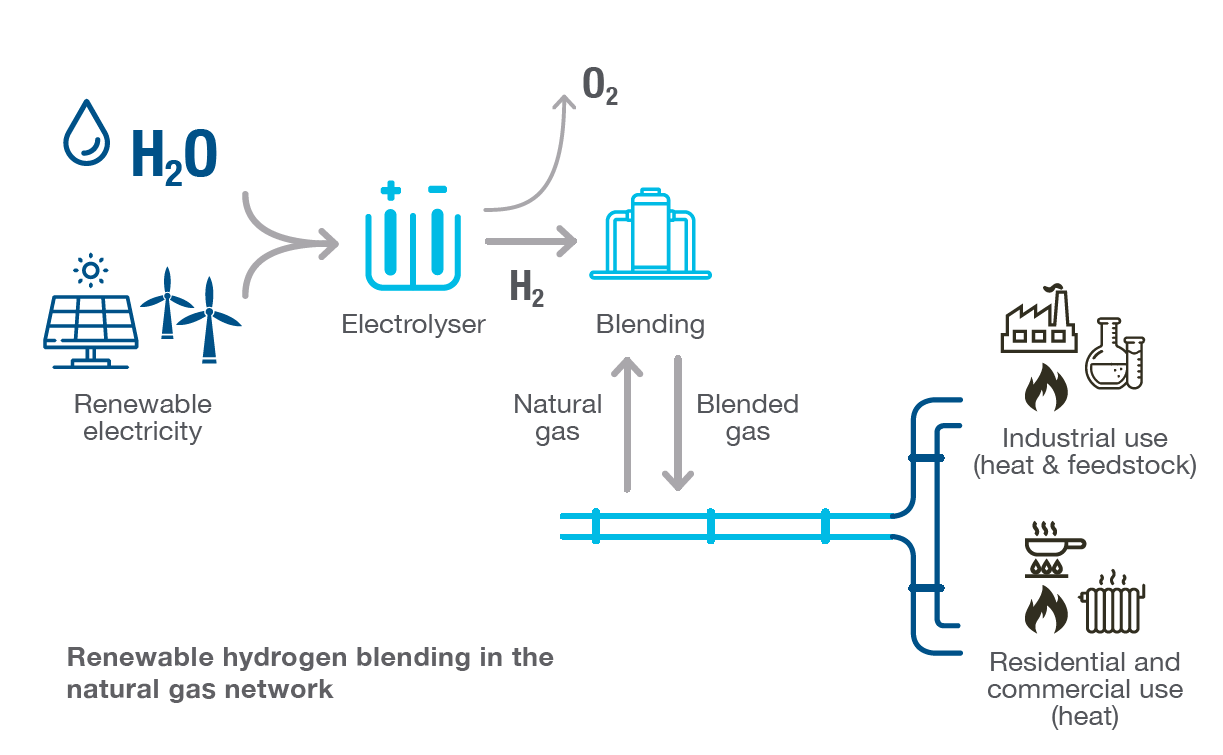 Hydrogen for road freight could significantly assist decarbonisation of West Australia’s road freight carbon footprint, which is expected to double in size from 2010 to 2030. Hydrogen is advantageous in its lower weight compared with battery vehicles. Fuel cell buses have previously been trialled in Perth.

Western Australia is currently host to leading hydrogen projects at various stages, some of which include: 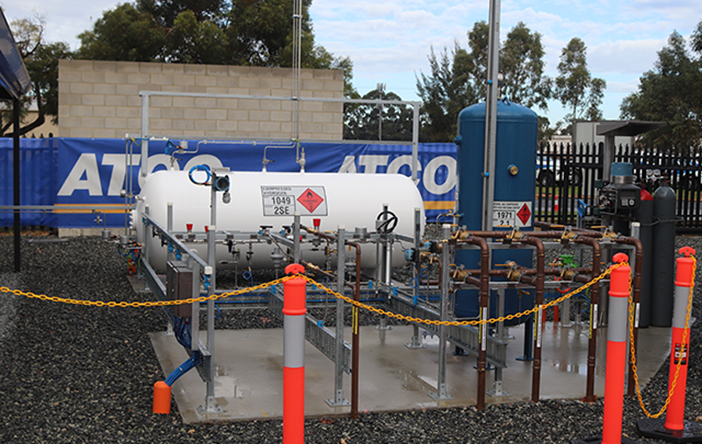 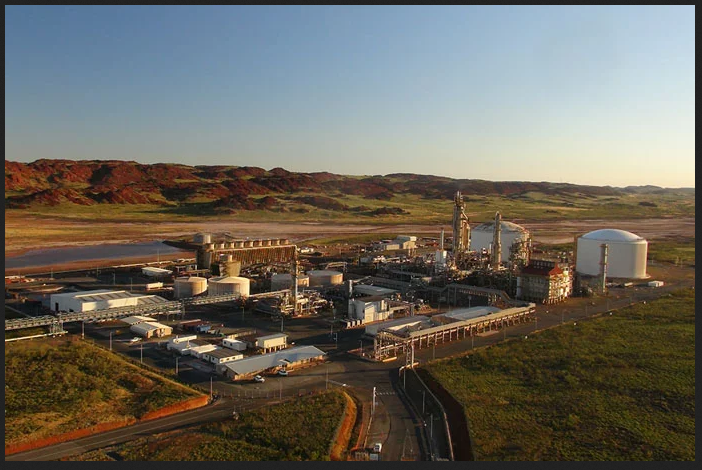 The strategy identifies the key actions that the Western Australian Government will take to support industry efforts in the growth of a renewable hydrogen industry - also stating that this implementation will help to diversify the economy, support regional development and create new, long-term jobs. 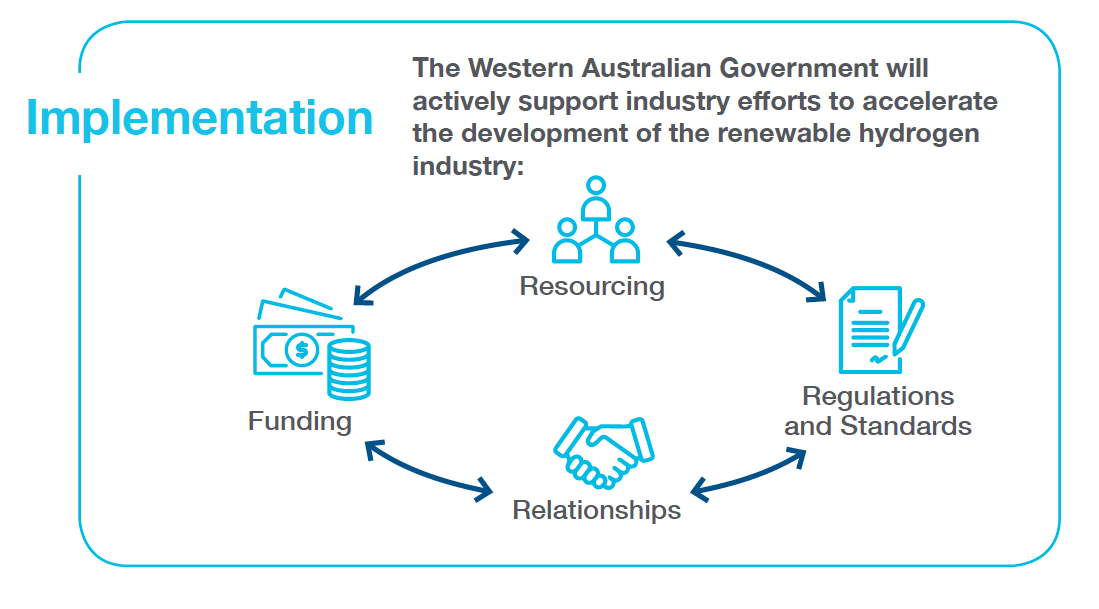 To help “accelerate growth” government action, while working alongside industry, is stated to include:

[i] Renewable hydrogen is hydrogen produced from renewable energy