The Queensland Renewable Energy Expert Panel’s draft report has found that the state has strong potential to grow its renewable energy industry based on falling technology costs, market dynamics and a current pipeline of around 2500MW of new projects in regional Queensland.

But the Panel also found that giving preference to renewable generation in Queensland over other states is less efficient from a national perspective when considering national emissions reduction outcomes.  Its report encourages the Queensland Government to work at a national level to develop and implement nationally integrated climate change and energy policies to maximise efficiencies in emissions reduction and uptake of renewable energy.

In considering the options for Queensland the Panel has put forward three post-2020 pathways to meet Queensland’s ambitious 50 per cent renewable energy target by 2030: 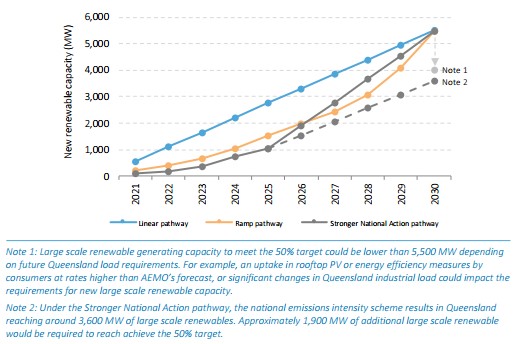 With states and territories each pursuing their own ambitions for renewable energy, there is potential for competition between jurisdictions for renewable energy investment under the Large Scale Renewable Energy Target (LRET). The Panel estimates a net benefit to Queensland’s economy projecting that Gross State Product (GSP) will be 0.2 per cent (or $5.4 billion in NPV terms) higher in 2030 under the Linear pathway, compared with the Base case[i]. The increases in economic output and renewable construction employment in Queensland are projected to be offset by reductions in the rest of Australia. The finding highlights the zero sum game that has been created by the jurisdictions as they compete for their section of the national renewable investment which may lead to lower overall economic efficiency and energy productivity for Australia.

The Panel identified opportunities to streamline approvals for businesses to install distributed generation. They found that there is no requirement for additional financial incentives to support investment in small scale renewables.

The Panel highlighted the ongoing role for Government to fund early stage research and development, particularly if funding through ARENA is wound down. Unlike funding for established technologies, cutting edge technology and innovation can create positive spill over effects that benefit the rest of the economy and society.  The Panel identified the benefits of renewable industry development will be realised in Queensland through employment at plant sites and construction although operational employment will be lower than for conventional generation. Currently, most commercial renewable generation technology is developed and manufactured overseas then imported to Australia.

Modelling in the draft report indicated the 50 per cent renewable energy target for Queensland could be met while maintaining the required reliability standard in Queensland and could be approximately cost neutral for energy consumers.  This result assumes no synchronous generators will exit the market. Therefore, the modelling assumes that these generators provide the renewable complementing services required for 50 per cent renewable generation (frequency control, inertia, voltage control and power flow management and system restart services[ii]).  This would significantly impair returns on government and private generators, effectively transferring the cost onto the asset owners – the Queensland taxpayers and industry.

While there is no closure of existing fossil fuel generators expected prior to 2030 under the Linear and Ramp pathways, a 50% renewable energy target is projected to have a significant longer-term effect on this plant, with an estimated reduction in operating cash flow of $600-$1,100 million (NPV) to 2030 under the Linear and Ramp pathways. Figure 2 shows that under the Linear pathway scenario, wholesale prices are expected to be suppressed due to greater amounts of renewable energy, combined with low demand growth which drives surplus capacity in the Queensland region. 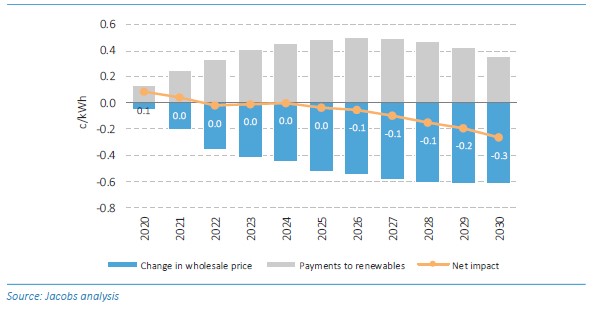 The Linear and Ramp pathway modelling projects no closure or exit of existing coal and gas-fired generation, despite the projected reduction in wholesale prices and revenue to generators. The additional renewable capacity modelled under each of the pathways creates a significant oversupply of capacity and in turn puts downward pressure on wholesale prices. While the existing generators are projected to see reductions in future profits, under both pathways they are expected to be able to continue to meet their ‘avoidable costs’ and provide modest returns to capital. However, firms make their decisions to exit based on long term average costs relative to prices and their expectations for internal rates of return and internal strategy for the assets in their portfolio.

As the Panel notes “closure of even one significant coal-fired generator would be expected to lead to higher wholesale prices and the erosion of some or all of the wholesale price benefits[iii]” to energy users. The NPV effect on the operating cash flow of existing coal generation in the state of the Linear and Ramp pathways is projected to be a reduction of between $600 million and $1.1 billion. The report notes that “as an owner of around two-thirds of Queensland generating capacity, the Queensland Government has the opportunity to manage any closures and ensure a smooth transition of the Queensland system while maintaining reasonable profits from the plant that remain in service”. It also flags that revenue effects on generators is outside the scope of the Panel and states that they should be considered by relevant “Shareholding Ministers[iv]”.

If the Queensland Government uses its control of two-thirds of generation capacity in Queensland to suppress wholesale prices as new capacity is built it is likely to undermine the conditions needed for private investment and it will impair many businesses that could invest in new generation. Overall, the transformation of Queensland’s electricity system will require significant investment over an extended period and it will be paid for either by electricity consumers or taxpayers.

The Panel has also noted that the nature of wind and solar resources in the state combined with the load profile indicate a steep ramp up requirement in the evening (Figure 3). As wind and solar drop off, and evening demand rises dispatchable generation such as gas will need to respond rapidly to meet demand. This is in line with international research into the impacts of high shares of intermittent generation in places such as Texas and Denmark, summarised by the Oxford Institute for Energy Studies[v]. 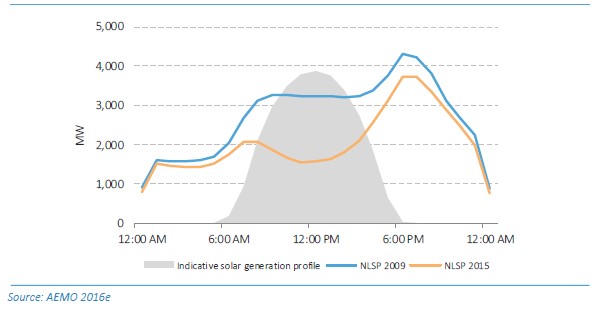 As the ramp ups and turn downs required from dispatchable plant increase at high shares of intermittent generation, the Panel acknowledged the likelihood of increased volatility in wholesale prices. As volatility in prices rises, the hedging contracts that retailers and generators use to mitigate their price risk will rise in value. This trend has played out in South Australia, where forward contract prices for energy are now well above other regions.

Queensland electricity consumers must continue to receive reliable power supply during the transition to 50 per cent renewable generation. Analysis by Jacobs does not identify reliability issues in Queensland, due to the assumed significant dispatchable generation retained in the generation mix to 2030.

The Jacobs modelling included the co-optimised development of new transmission infrastructure where it was determined to be part of the least-cost generation mix. All pathways, as well as the Base case, include a projected upgrade of the QNI interconnector between Queensland and New South Wales before 2023, increasing the flows in both directions by 400 MW (approximately 30 per cent of the southerly QNI power transfer limit). The growth of additional renewable generation in Queensland is estimated to require a second interconnector upgrade in each of the modelled pathways in 2028.

Queensland’s renewable resources are stronger in the northern part of the State above Brisbane (Figure 4), so investment in generation is likely to be most attractive in those regions.  Generation in the north will need to be transported south to reach the Brisbane area, where most electricity is consumed, or into NSW. Higher southerly transmission flows were observed in Queensland in the modelled pathways compared to current levels, driven by the growth of renewable energy in north and central Queensland. At some times, Powerlink noted that there may be the need for augmentation at times of high renewable generation to avoid curtailment of renewable generation. 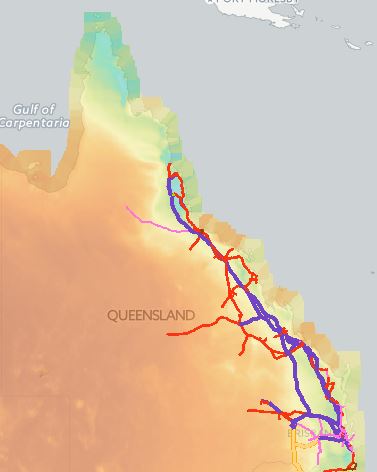 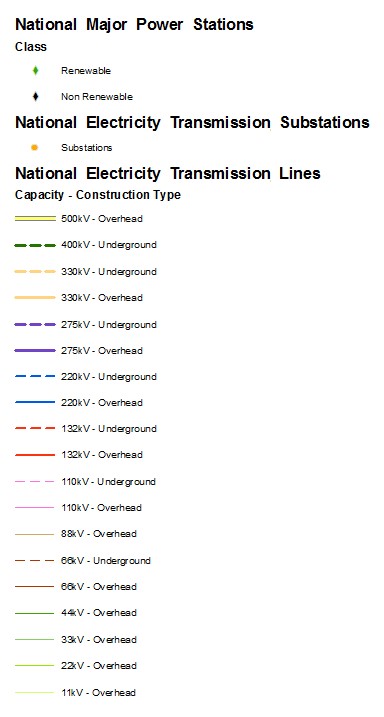 Jun 02 2022
Read Analysis
GET IN TOUCH
Do you have a question or comment for AEC?