NEM Reliability Review: Back to the future

The report attracted attention particularly around the security of National Electricity Market (NEM) and the impact of an increase in renewables in the generation mix – the report found that there were 11 occasions when the power system operated outside its secure limits for more than 30 minutes and three times when frequency load shedding schemes were triggered in 2016-17. The AEMC’s chief executive Anne Pearson described the multiple times that the system dropped outside its secure limits as “particularly concerning”.[i]

Security of supply is unrelated to whether we have enough supply.  Reliability provides insight into whether there is enough capacity – both generation and demand response – to meet customer demand in the NEM.

It’s clear from the AEMC’s assessment that we have enough generation capacity in the short and medium term.  As firm, older coal-fired generation has retired there has been increased capacity installed via wind farms and solar PV.  So the AEMC has reported on reduced system stability, while we have sufficient capacity and for this reason the AEMC’s Pearson said the report would surprise many.

When considering reliability the review found that 2016-17 was a “unique year” with unserved energy attributed to reliability recorded for the first time in any region since 2008-09.

While there was a single unserved energy event on 8 February[1] last year when 0.00036 per cent of energy demand was unmet in South Australia – still well within the reliability standard. The standard is set at 0.002 per cent of demand for energy being unmet, or at least 99.998 per cent of the forecast annual electricity demand is expected to be met by generation and interconnectors.  The AEMC notes that historically there has been very little unserved energy in the NEM.

It does categorise the South Australian reliability incident as significant with the contributing factors of high demand, inaccurate forecasting of generation and load patterns and outages or limitations on older thermal plant

Aside from South Australia there was no unserved energy reliability event in any other NEM region and when it last occurred a decade ago, there was a significantly higher unserved level of energy in both Victoria and South Australia (see Figure 1) than in SA in 2016-17.

To assess reliability the AEMC looks at:

As noted previously (RERT Locker, EnergyInsider 2 March 2018) it is more common for security events (disturbances in the transmission network) to lead to large scale blackouts, such as the September 2016 SA System Black and the January 2007 Victoria-NSW separation. Security events are unrelated to whether there is enough supply available. Dwarfing all blackout causes are localised issues in the distribution network. See figure 2.

Figure 2: Sources of Supply Interruptions in the NEM 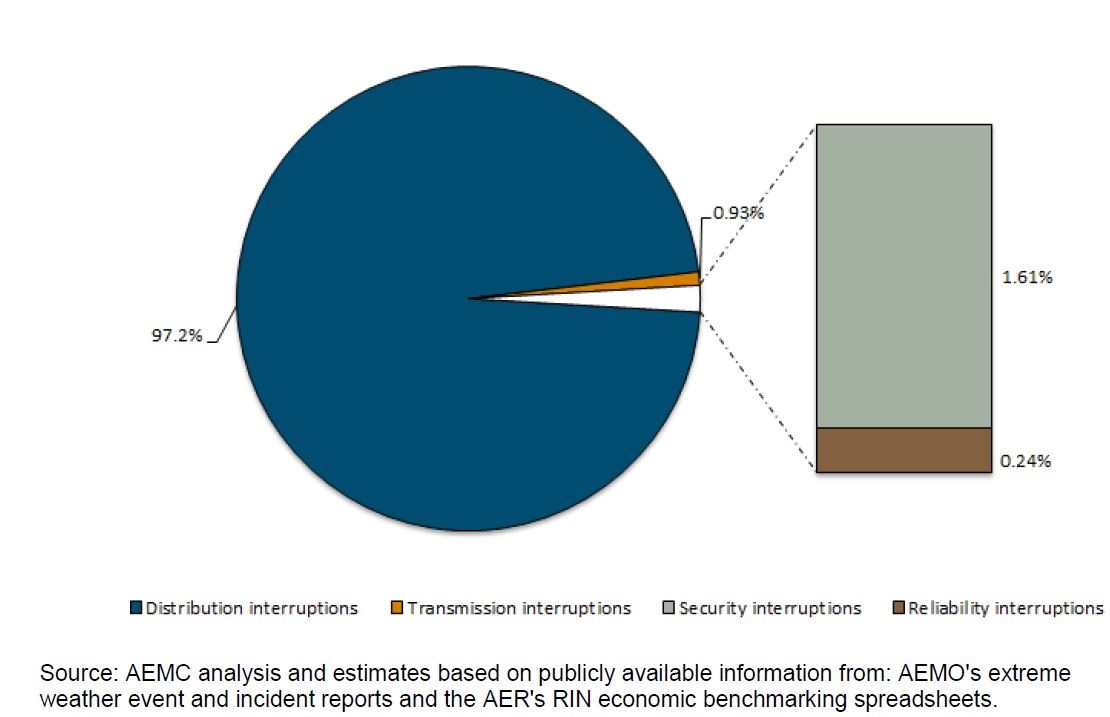 Amongst the key reliability trends and outcomes, the Panel also noted: 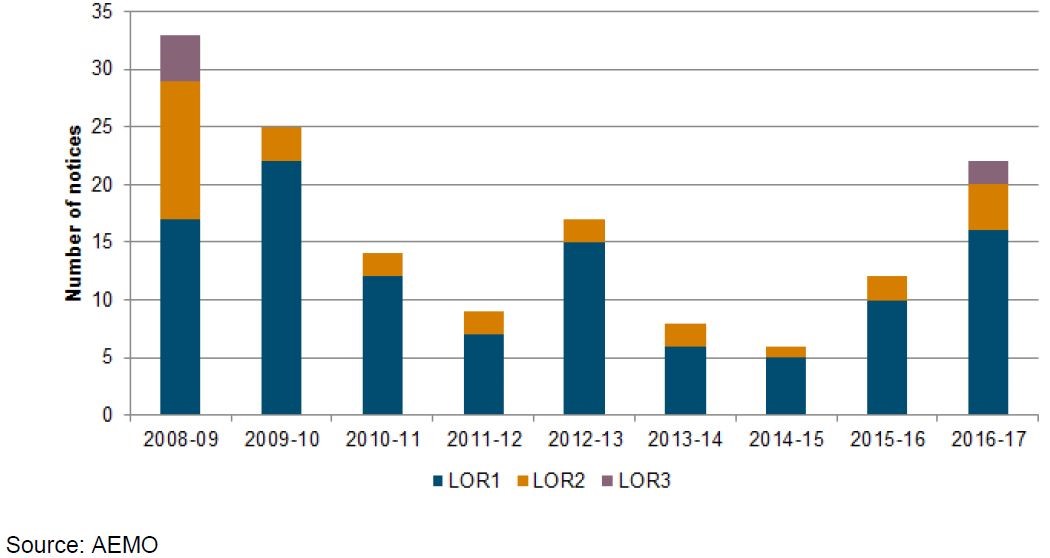 The panel comments that there are various recent projects that would have an impact on NEM reliability. These are:

Following the conclusion of the reliability standard and settings review, the Panel has proposed to leave them unchanged for the period 1 July 2020- 1 July 2024 because:

Security Comes To The Fore

[2] LOR3 is the highest level of notice and indicates that there is insufficient supply to meet demand. An actual LOR3 indicates load shedding.