Average demand changes across the NEM

In the year to date Victoria and South Australia’s average energy use has dropped significantly. This is the result of an increase in residential rooftop solar photovoltaic (PV) installations and a reduction in demand by large industrial facilities - some of these have closed while others have reduced their energy use.  There has also been a large uptake of rooftop solar PV installations across Queensland in recent years. Despite these factors the average demand in Queensland has increased, partly due to demand from the LNG export

The drop in energy use in Victoria and South Australia has been so significant that although growth has occurred in Queensland and New South Wales, total energy use across the NEM has fallen. Figure 1 and 2 shows the change in demand across the NEM states and the NEM overall. 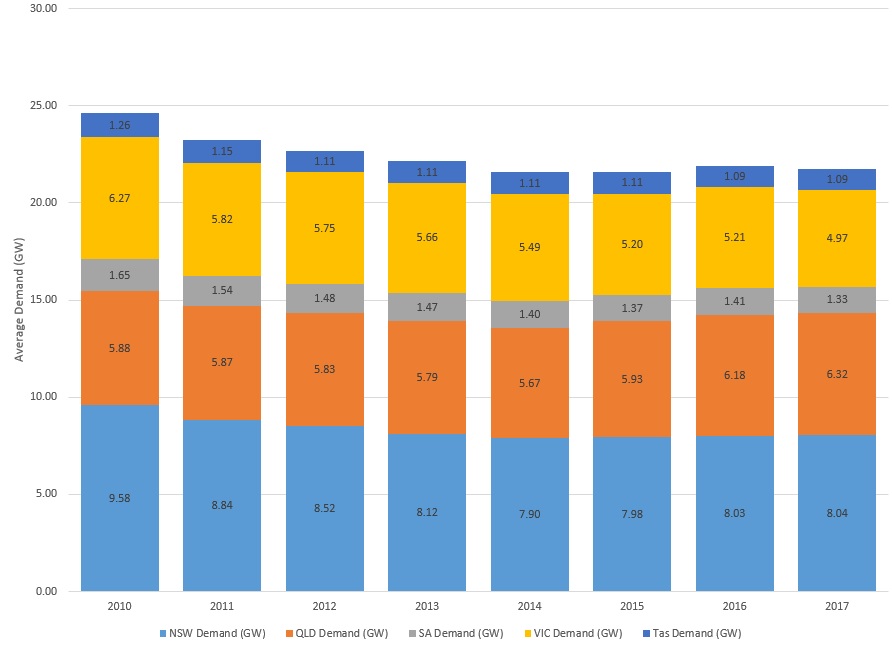 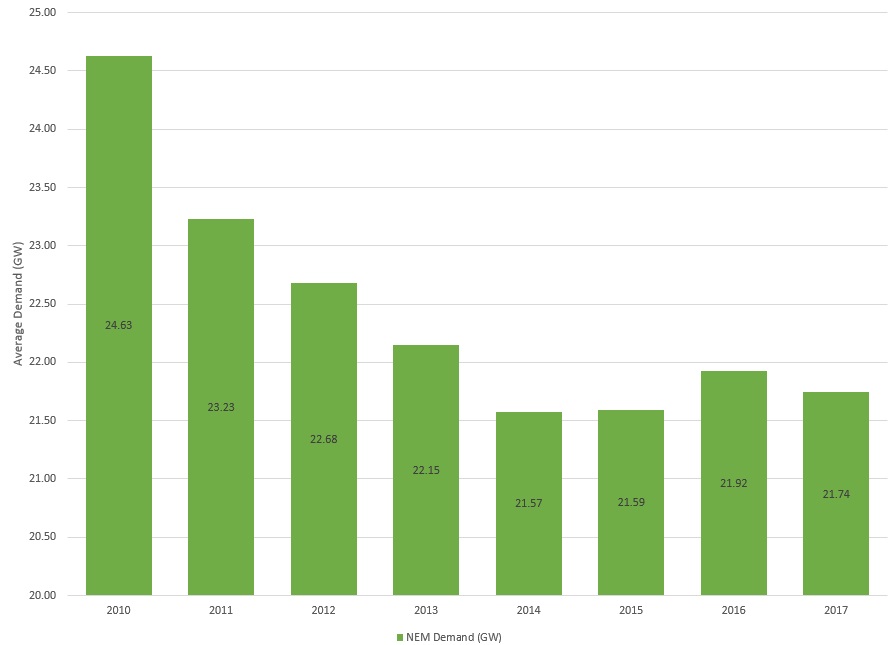 South Australia and Tasmania have experienced economic headwinds (coupled with serious security issues that dented annual demand) over the past few years which helps explain the continued decline in demand in those states. In Victoria, rising energy efficiency, likely a consumer response to the rise in electricity costs and structural adjustments in industry with the downturn in mining and manufacturing, have all contributed to the fall in demand.

With price increases across most regions, we could see a more significant contraction in residential demand as consumers look to reduce energy bills.  There is also a possibility of some industrial and commercial demand completely exiting the market as a result of high gas and electricity prices.

The recent CSIRO Low Emissions Technology Roadmap report[iii] forecasts ambitious pathways with faster improvements in energy productivity which it expects will to lead to significantly lower average household electricity and gas costs by 2030. In the electricity sector, the CSIRO expects higher energy productivity to reduce the amount of electricity required and with a consequent impact on bills.  The CSIRO pathways illustrate how technologies could be used to improve productivity and below is their summary of these[iv]. 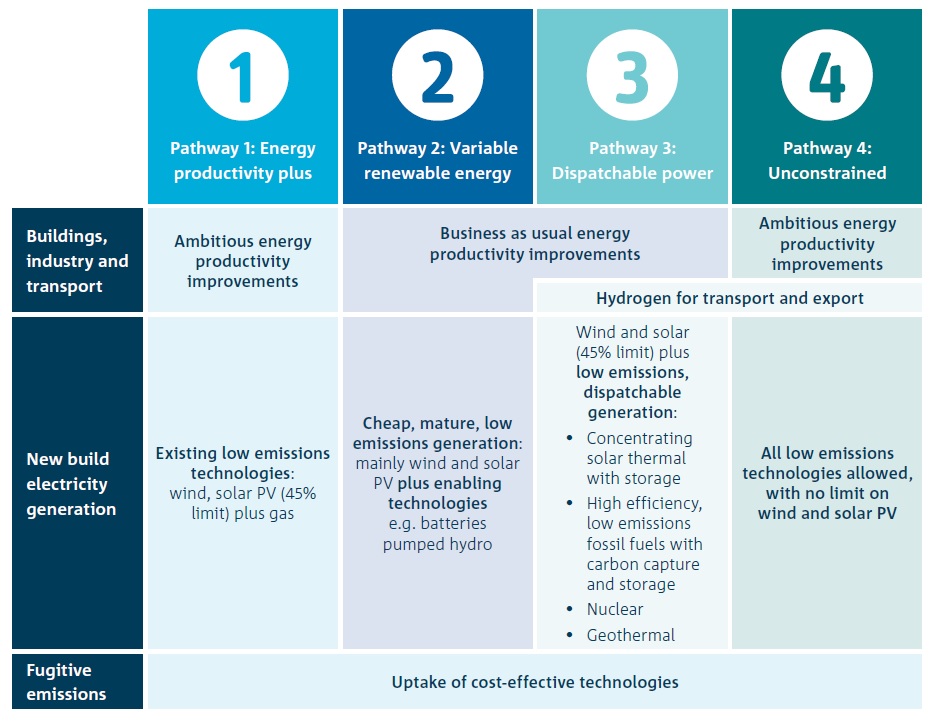 The average residential customer energy (electricity and gas) bill for each pathway is shown in Figure 5. According to the CSIRO report the pathways with the greatest energy productivity have the lowest bills; bills in Pathways 1 and 4 are lower than in Pathways 2 and 3 and remain lower than the no abatement scenario to 2030.

Figure 5: CSIRO comparison of annual energy bill (electricity + gas) across pathways ($ per household) including capital costs for high efficiency equipment in Pathways 1 and 4 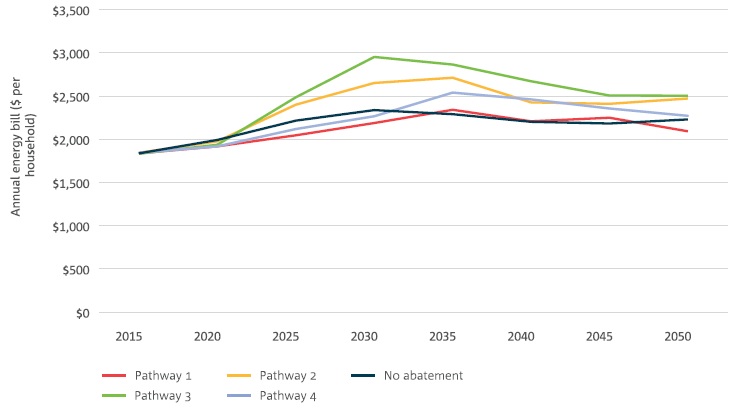 [i] Office of the Chief Economist, December 2016, Resources and Energy Quarterly, https://industry.gov.au/Office-of-the-Chief-Economist/Publications/Documents/req/REQ-December-2016.pdf