Competition and sunshine: A WA update

Energy has been front and centre in Western Australia. In particular, the new West Australian Labor Government has signaled its interest in increasing competition in its retail electricity market by making it fully contestable. At present small customers, such as households, have to buy their power from state-owned Synergy.  West Australian consumers continue to be active in the solar space, with household solar growth rates in Western Australia the fastest growing across Australia in recent months.

On the generation side, Synergy (www.synergy.net.au) has announced the reduction of 380 MW of its non- generation capacity to address over supply in the market[i]. A 2,500 km pipeline from Western Australia to the Moomba gas hub in South Australia continues to be discussed following the Turnbull Government budget allocating $3.7 million for a feasibility study into a West Australian – South Australian gas pipeline.

Western Australian household electricity prices could rise by 15 per cent within two years as the state seek to remove the current subsidy as a precursor to allowing consumers to choose where they buy their power from according to West Australian Energy Minister, Ben Wyatt.

Since Victoria, South Australia, Queensland and New South Wales opened their retail markets independent assessments have shown that customers are able to save hundreds of dollars on their electricity bills as a result of market offers from retailers. They have also continued to see new businesses come into the electricity market to maintain competitive pressure. Introducing more competition will make the West Australian electricity market will encourage new entrants and give customers greater choice and savings. Closer to home for West Australian residents, gas retail has been competitive since 2013. Wesfarmers owned Kleenheat has challenged incumbent Alinta while east coast providers AGL and Origin Energy have announced plans to enter the West Australian market. This was not lost on Minister Wyatt, who told the West Australian newspaper, “You are seeing it already with gas that competition has quite a dramatic impact on bills. That’s where you see real pressure applied on costs – when there’s a competitive market[ii]”. Larger customers in the electricity market already benefit from competition.

Alinta has flagged an interest in selling electricity to households in Western Australia, but there is the complication of a cross-moratorium that keeps Alinta out of electricity while Synergy is restricted from retailing gas. If this was lifted as part of the competitive process, it’s likely that both businesses would expand to offer dual fuel options. AGL and Origin, as well as other potential east coast entrants and local businesses such as Perth Energy are also candidates for new retail suppliers.

Given that West Australian governments have directly set electricity prices below cost for over a decade, the McGowan Government will need to show potential suppliers that there is a fair process in place for determining any retail price cap once full retail contestability has been introduced. The obvious way to do this would be to delegate the process to the Economic Regulation Authority (ERA) and give the ERA a mandate to “regulate for competition”, for example allowing customer acquisition costs as part of the price cap calculation. Ideally, it would also signal the conditions under which it would remove the price cap.

A time when recent commentary has been critical about Australia’s competitive retail energy markets about electricity prices the West Australian Government has been upfront in highlighting that competition cannot guarantee the lowest possible price for every customer at any point in time, nor can it guarantee that prices will not rise.

As noted above, it has however used gas competition as evidence of the overall benefits of competitive markets.

In Western Australia, households, businesses, and commercial developments are installing solar panels at a record rate, with installations up 33 per cent from last year. Although in a number of east coast states the number of solar growth rates are slowing, figure 1 shows the increase in solar in West Australia with the proportion of each month’s number of solar photovoltaic (PV) installations increasing in recent months.

South Australia and Victoria also show an increasing trend in solar PV installations in recent months and they accounted for nearly 60 per cent of total installations. Queensland though continues to lead the states for the greatest proportion of households with solar PV installed.

The assets designated for retirement are:

Synergy will progressively retire the four assets by September 2018, whereby its generation cap, exclusive of renewable generation, will reduce to 2,275 MW. Discussions have been undertaken between Synergy, the Australian Energy Market Operator (AEMO) and Western Power to finalise the decision to ensure the SWIS does not experience supply issues.

Other Synergy units, including Muja CD will remain in operation in accordance with requirements.

The reduction in generation capacity comes at a time when the Wholesale Electricity Market (WEM) Electricity Statement of Opportunities (ESOO)[iv] highlighted that an all-time peak demand occurred on 8 February 2016 when demand was 4,013 MW. AEMO has forecast peak demand to increase at an average annual rate of 1.4 per cent over the next 10 years[v]. 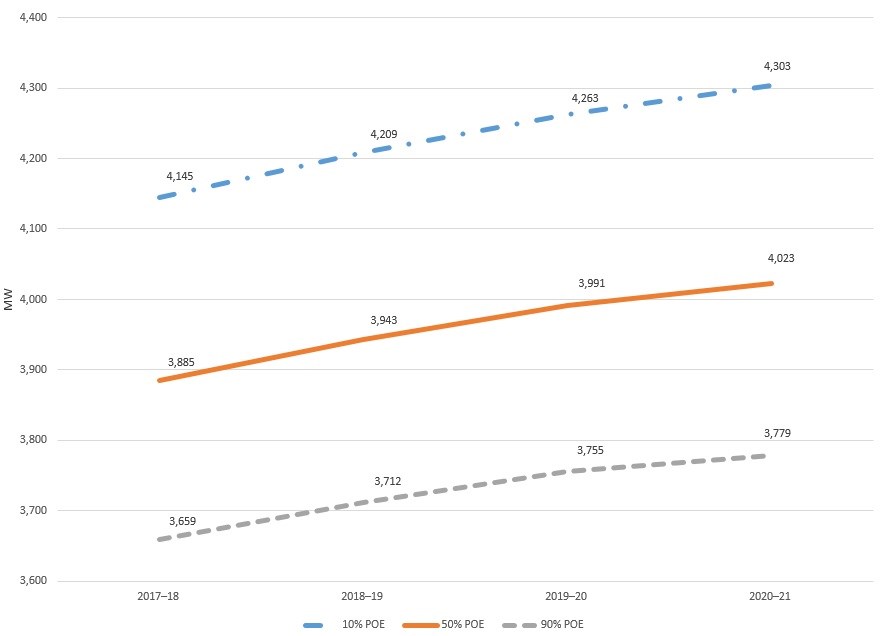 The pipeline would link West Australia’s prolific offshore gas fields to the South Australian energy hub of Moomba, effectively opening a pathway for that gas in the major markets of eastern Australia.

The economics of the pipeline plan however have been queried, with Ord Minnett calculating the project would deliver gas to Sydney at a cost of more than $13 a gigajoule, while Credit Suisse analyst Mark Samter highlighted that the plan would be more expensive than importing LNG into the east coast. The West Australian Government poured cold water on the idea pretty quickly, too.

AEMO expects gas supply in West Australia to exceed demand over the next 10 years, assuming the continued development of gas reserves[vii]. Growth in domestic gas demand is forecast to be around 0.1 per cent over the outlook period, as only a handful of large gas consumers are expected to enter the market over the period[viii]. The assumptions however do not include the West Australian – South Australian pipeline 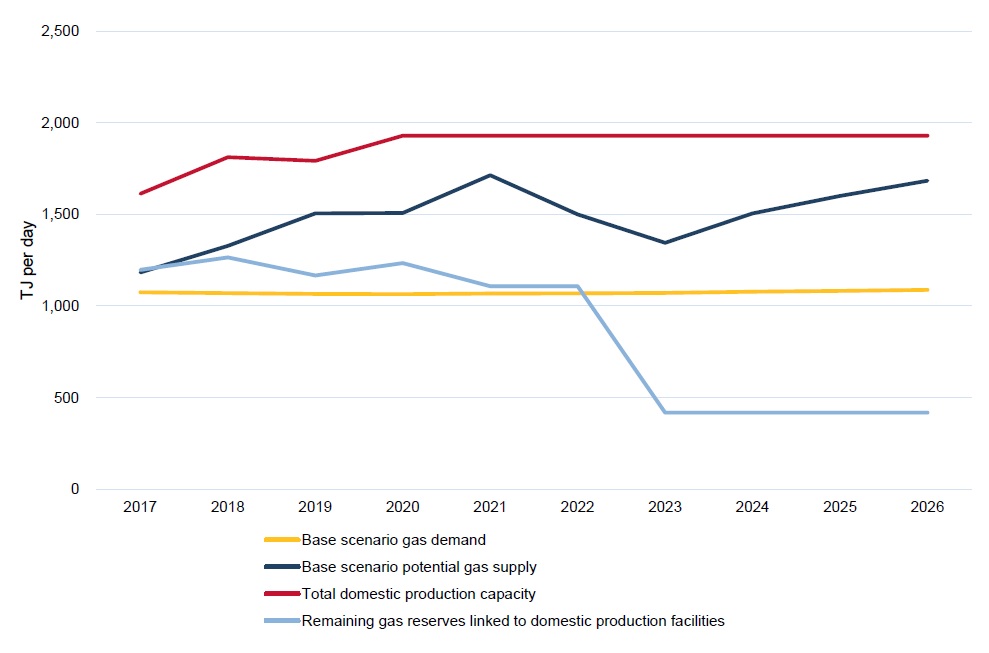