A glimpse at the US eclipse: How was power supply impacted?

The much-heralded solar eclipse passed across the continental US on Monday. Considerably more media attention was focussed on the implications for power reliability and security before the event than on what actually happened on the day. Since power supplies were maintained throughout the affected regions, it was probably a case of “no news is good news”. In any case President Trump reportedly looked at the eclipse without protective glasses, which did the job of filling column inches instead.

Much of the attention focussed on California. This may reflect a range of factors, not least that California has the highest amount of installed solar PV in the US (around 19GW), much of which was on or close to the eclipse path. Figure 1 below shows the dramatic drop off in solar at the time of the eclipse: 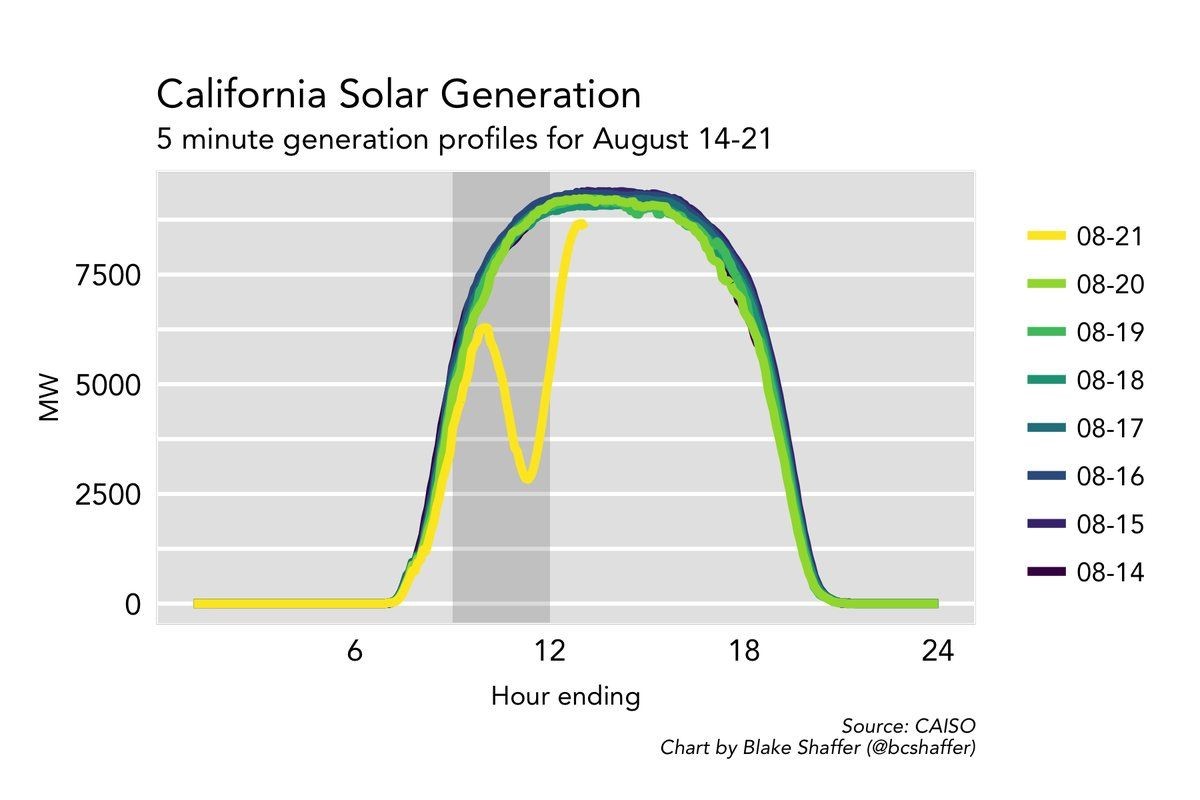 The gap was filled by gas and hydro plant, and some demand response was also anticipated. Interestingly wind output was actually trending down during the solar drop off, thus increasing the required contribution from other resources. This may be a systematic issue that high renewable grids will have to consider in future eclipses. As the sun disappears behind the moon the ground suddenly cools, just like at sunset. This means warm air stops rising from the ground, causing a drop in wind speed and a shift in its direction[ii]. In 2015, during a partial eclipse in the UK, wind speed was measured as falling by 0.8m/s, or about 10 per cent. Because wind power varies exponentially with wind velocity, this could result in 25 per cent fall in wind power output[iii].

Google’s Nest thermostat ran a program over the eclipse period to induce lower demand from its customers[iv]. By pre-cooling or automatically changing the temperature in customers’ homes by a few degrees, the Nest Thermostat can help reduce energy use during periods of high demand while maintaining comfort levels. The program is already in use by many Nest owners, but it is not clear whether the eclipse induced more or less participation than other events. In any case the weather was mild on the day, so demand did not spike.

While not evident from figure 1 above, the rate of change of solar output during the eclipse was higher than the normal rate of change as the sun rises and sets (or clouds pass over). The Californian system operator, CAISO, increased its demand for regulation frequency services, leading to an obvious price spike. 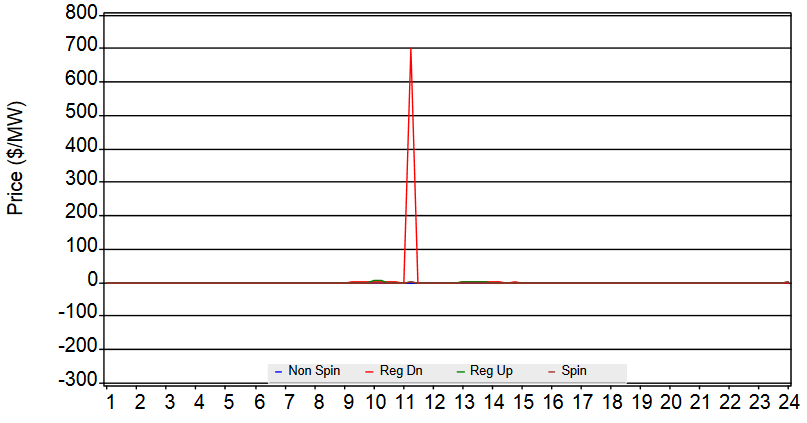 After California, the state with the next most solar capacity is North Carolina, with about 3,200MW installed. North and South Carolina were also on the eclipse path, and Duke Energy’s Oconee Nuclear Station hosted an eclipse viewing party for thousands of locals. As North Carolina is largely served by a vertically integrated utility, real-time market data is less readily available, but it appears that flexible gas plants covered for the loss in supply from solar PV.

[i] Sourced from GTM media: https://www.greentechmedia.com/articles/read/looking-beyond-eclipse-historic-event-consumer-engagement