A new report released today outlines the likely investment required in large-scale generation to 2030 across Australia, to meet reliability and emissions requirements. It also underscores the importance of policy certainty to ensure the scale of investment required can be achieved, and that private investment cannot be taken for granted.

The report, by Newgrange Consulting, was commissioned by the Australian Energy Council and estimates that around $25 billion in investment will be needed to 2030. The largest proportion of investment is expected to go into new wind farms (51 per cent), followed by pumped hydro, large-scale solar and battery storage. The remainder of the investment is expected to be made in solar thermal and gas-fired power plants. These shares are predictions based on projections of relative technology costs assuming the market is allowed to choose the best way to meet customers’ need for reliable supply and the commonwealth’s emissions target for the sector. If the market is distorted or policy remains uncertain, costs will be higher. 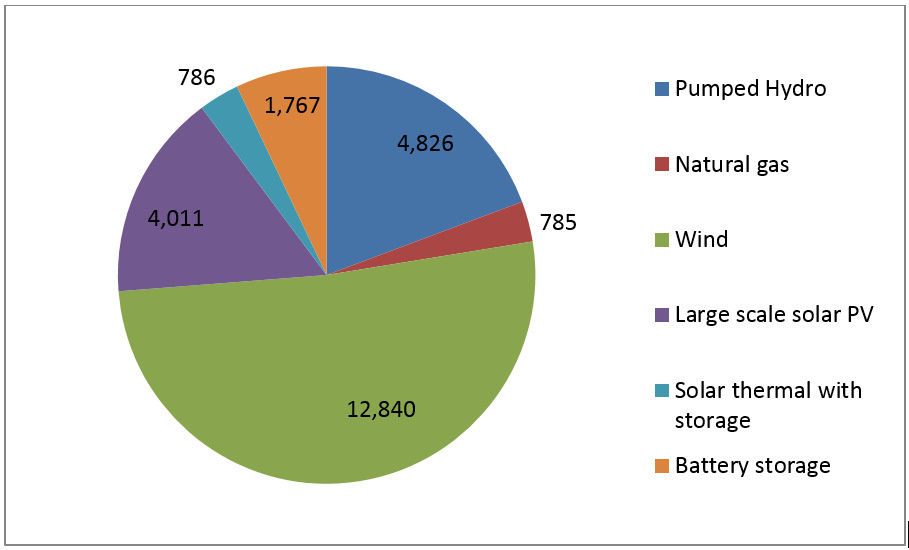 The scale of the spend shown excludes the investment that is likely to be needed in the transmission and distribution networks to deliver electricity to homes and businesses, or the billions that will be collectively invested by households and businesses in rooftop solar, batteries and other distributed energy resources, or the additional capital to maintain existing assets.

Given the scale of investment required, the big challenge for policy makers, the report highlights, is ensuring that investors have sufficient confidence in the market and the overall policy settings to deliver the capital. If emissions reductions for electricity become more ambitious, the amount required will further increase. The report points to previous estimates that emissions reductions and policies greater than the proposed National Energy Guarantee would drive investments of between $35 billion and $71 billion to 2030.

“Generation is … much more affected than other types of investment by the chronic instability that has plagued Australian carbon policy. The uncertainty this creates for investors is not just limited to highly emissive generation like coal-fired plant. The return on a renewable generator is also affected by uncertainty about how their more emissions intensive competitors will be treated, and the value of storage investment depends on the overall mix of generation in the market,” the report notes.

New South Wales is expected to account for the largest proportion of the investment, followed by Queensland and South Australia (see figure 2 below). 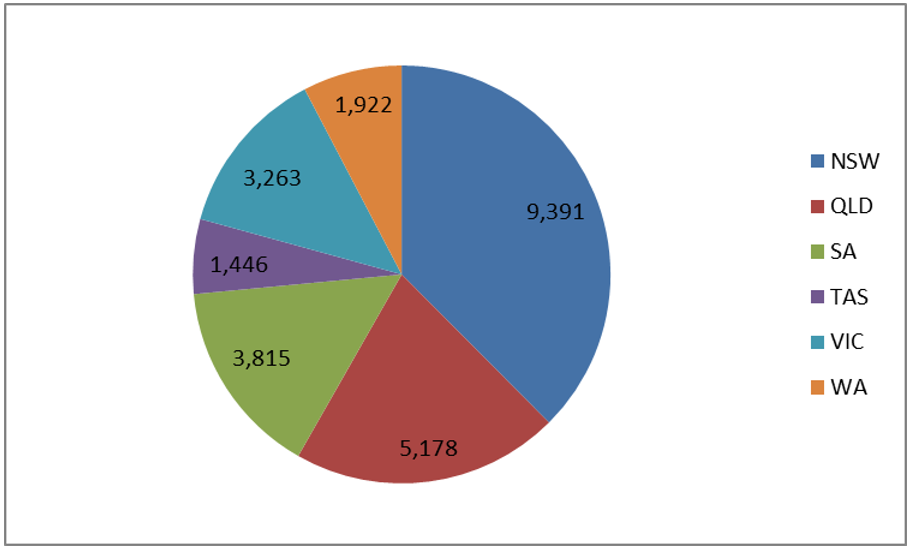 The expected capacity across the different states of the National Electricity Market (NEM) and WA’s Wholesale Electricity Market (WEM)[i] is 13,431MW as shown below. (Note the smaller grids in northern WA and NT were excluded). The majority of this investment – some 90 per cent – will occur in the NEM, spread across states largely in line with their current demand, except South Australia and Victoria that have less. 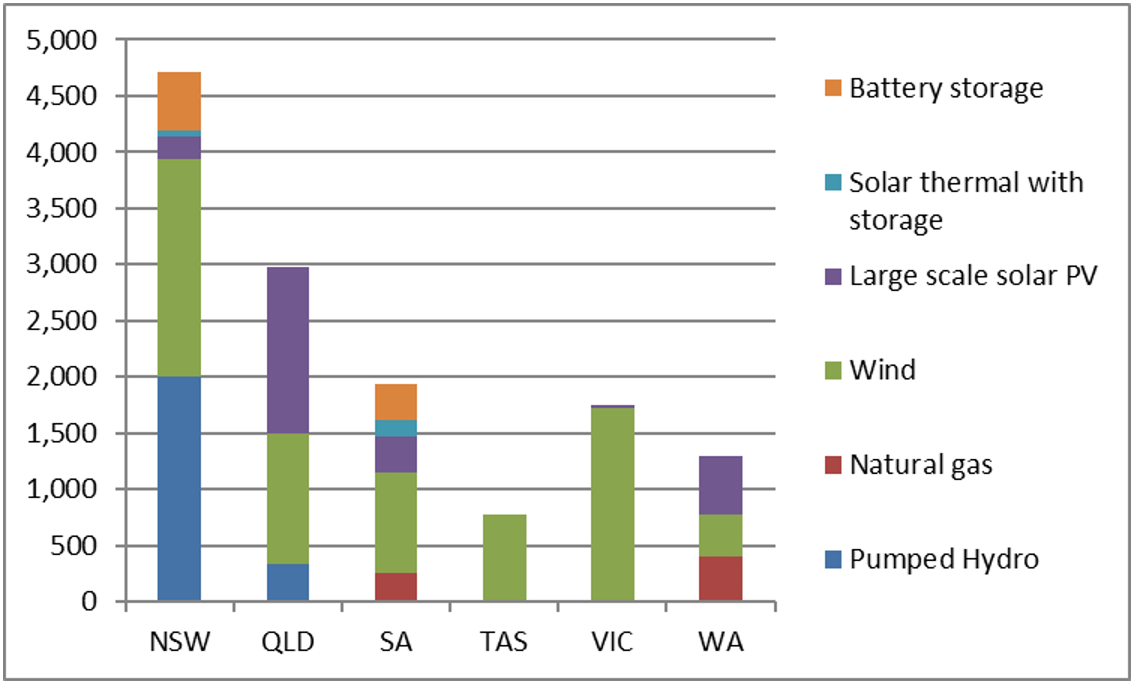 Electricity markets are designed to balance supply and demand, with price used as a signal to denote scarcity and encourage new capacity investment. The report notes that while the NEM and the WEM still have state-owned generators as well as private generators, the markets were predicated on attracting private investment capital. Private investors need confidence that they can achieve a risk-adjusted return over the life of their investment.

The report notes that investors can do this either through taking the merchant risk or they can manage their risk through contracting with a counterparty such as a retailer or a large user. In the case of the so-called gentailers, they own both retail and generation assets to create an internal hedge, which also puts them in a position to underwrite investment.

The report concludes that investment cannot be taken for granted, and that policymakers need to “understand the value of stability to the sector – and ultimately to its customers”.

“Investors require risk adjusted returns and the risks of investment in electricity generation under chronic carbon policy uncertainty are material.”

This risk is not limited to high carbon intensity generation like coal-fired plant. The return for renewable generation is also affected by uncertainty about how the more emissions intensive competitors will be treated, and the value of storage investment will depend on the overall generation mix.