The Australian Energy Market Operator (AEMO) recently published the 2017 Electricity Statement of Opportunities (ESOO) for the Wholesale Electricity Market (WEM). We take a look at the report, which provides projections on Western Australia’s supply-demand balance.

The WEM operates in the 261,000km2 South West Interconnected System – the region of Western Australia which extends from Kalbarri in the north, to Albany in the south, and to Kalgoorlie in the east. It also includes the Perth metropolitan area.

The WEM differs from the National Electricity Market (NEM) in the following key ways:

DSM market share has fallen from 10 per cent in 2016-17 to 2 per cent in 2017-18, primarily as a result of the State Government’s Electricity Market Review[2]. It found that DSM resources enter the market under more favourable terms than electricity generation resources, and recommended that all capacity resources face availability and measurement requirements that are broadly equivalent.

The level of capacity credits allocated to renewable generation was at its highest in 2011–12, reaching approximately 4 per cent of market share. The implementation of the new “relevant level” calculation methodology from 2012, intended to reflect renewables’ contribution to peak demand more accurately, reduced this to around 2 per cent of market share from 2014–15.

Figure 1: Facilities operating in the SWIS by age, fuel capability and capability classification 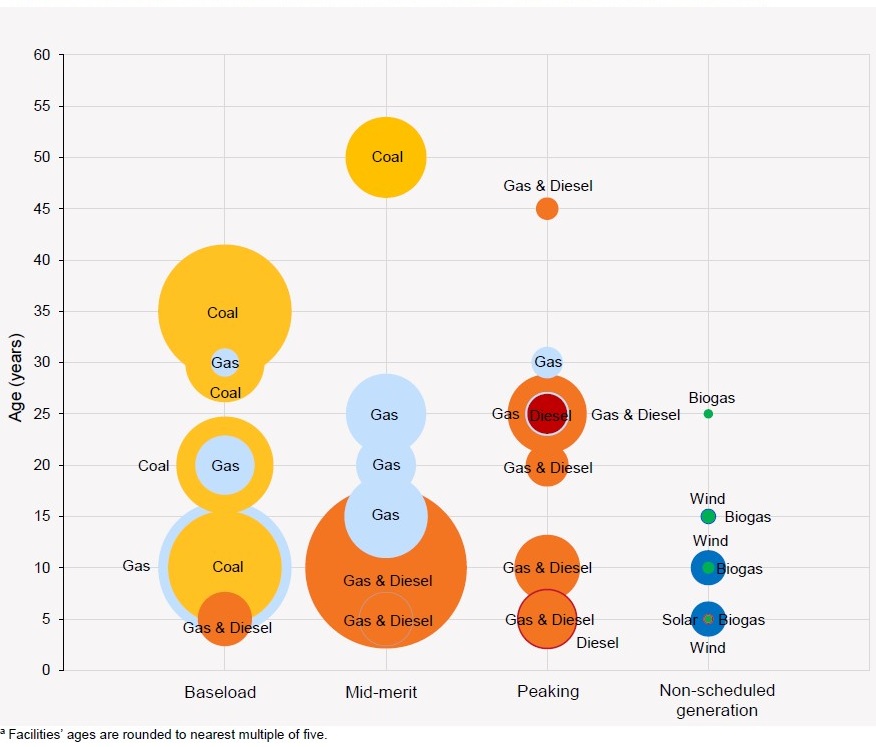 Of course small-scale photovoltaic (PV) systems also provide some supply (or alternatively, reduced demand) and grew from 60,913 installations in 2010-11 to 200,133 installations (about 670MW) in January 2017. Roughly one in four residential customers in WA now has a rooftop PV system installed.

These PV systems have changed the shape of the daily demand profile, by reducing demand and shifting the timing of peak demand. Figure 2 illustrates this change. 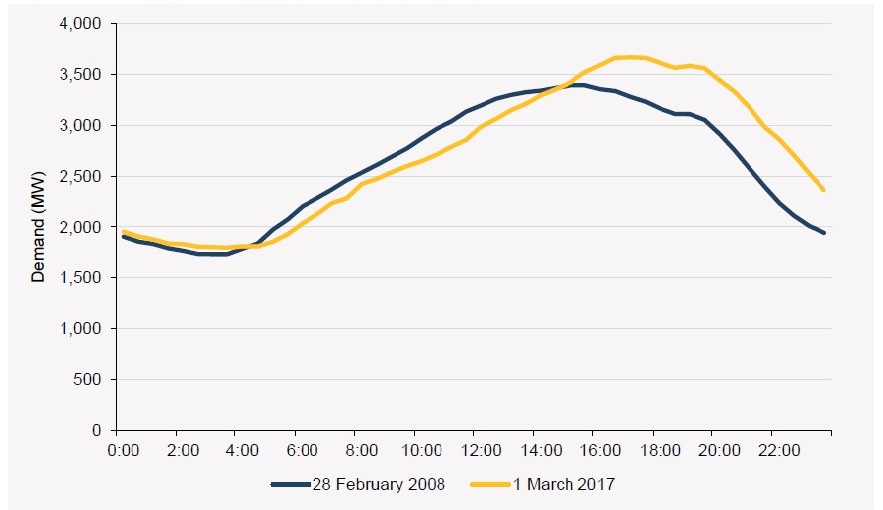 The effect is more pronounced in winter, and AEMO observes, “This new pattern may require gas peaking generation to start and stop multiple times during the day, potentially increasing generation costs and, subsequently, wholesale energy prices. In particular, fast-response gas peaking generation may be dispatched outside of the balancing merit order more frequently in the future to cater to a sharper ramp-up of load between 16:00 and 18:00.”[3]

The report concludes that peak demand will continue to grow, primarily due to economic growth and population growth. Rooftop PV and battery storage will reduce demand, and variables like weather, the uptake of electric vehicles and the expansion (or closure) of industrial facilities will also have material effects, but cannot be accurately modelled. Figure 3 illustrates the report’s forecast. 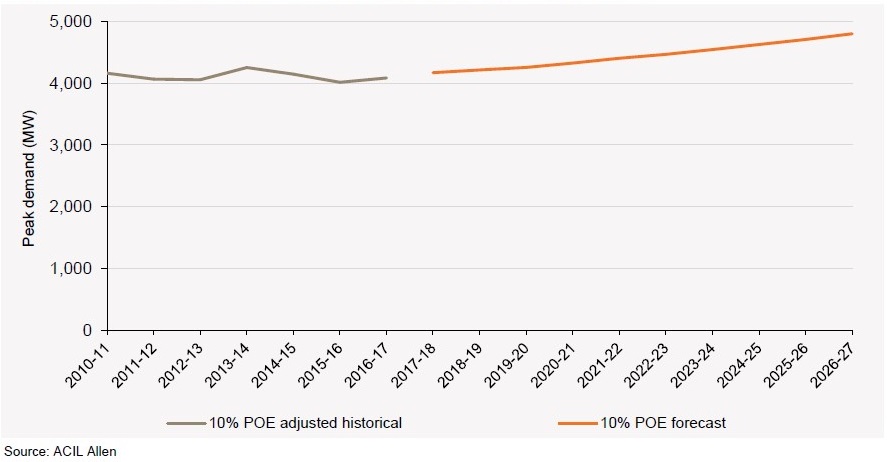 Based on these peak demand projections, the supply-demand balance is sufficient for the next few years, but as the following table[4] shows, the margin of excess capacity reduces quickly as plant retires.

The report shows that the Western Australia electricity market is currently in good shape, although planning will need to ensure that sufficient capacity remains, as surplus capacity dwindles and scheduled generation is replaced by either behind-the-meter PV or non-scheduled generation.

Electricity markets are always evolving to address new and emerging issues. The Wholesale Electricity Market (WEM) has seen its share of reforms and changes. Together they can have a substantial impact on generators, so to better understand the implications the Australian Energy Council (AEC) engaged Marsden Jacobs Associates (MJA). MJA’s review is pertinent across Australia and here we look at the key findings and consider whether generators in the WEM receive adequate revenue to support the dramatic transition underway.

Dec 09 2021
Read Analysis
GET IN TOUCH
Do you have a question or comment for AEC?