AEMO’s next CEO has impressive credentials. She has chaired the New York Public Service Commission since 3 September 2013 and was appointed by Democrat Governor Andrew Cuomo. In her role she has had oversight of New York’s Reforming the Energy Vision (REV), which is seeking to redefine the energy sector and regulator relationship.

Ms Zibelman has been described as the “linchpin”[i] and “arguably the most influential figure behind (the US’s)…  most ambitious reform effort aimed at prying open the electric grid”.[ii]  Her efforts in this space have led to speculation that Ms Zibelman would have led the United States Department of Energy if Hillary Clinton had been elected the 45th US President[iii].

Elsewhere, Ms Zibelman is described as having “extensive experience in the public, private and not-for-profit energy and electricity sectors. She is a recognised national and international expert in energy policy, markets and Smart Grid innovation”[iv].

The key factors driving the need to consider change in the NEM are strikingly similar to those that confronted New York and led to significant reforms in the form of the REV. Specifically, a major weather event, Superstorm Sandy, which led to widespread blackouts is cited as a catalyst for the introduction of the REV after it exposed limitations in New York’s electricity grid[v]. At the same time there has been the need to consider the appropriate ways to adapt to changing consumer interactions with energy, the need to integrate new technologies, like solar and batteries and ensure a smooth transition to lower carbon emitting generation, while ensuring reliability, security of supply and affordability.

It’s more than two and half years since the REV was announced with its aim to “align electric utility practices and our regulatory paradigm with technological advances in information management and power generation and distribution. These developments promise improvements in system efficiency, greater customer choice, and greater penetration of clean generation and energy efficiency technologies, but only if barriers to adoption are eliminated and proper regulatory incentives are established”[vi].

The REV requires New York’s “electric utilities to provide distributed system platform (DSP) services to enable third-party providers of distributed energy resources (DER) to create value for both customers and the system”.  DSPP will be compensated based on how well they’re able to meet New York’s reliability, environmental and customer choice goals. A detailed discussion of progress on the REV is available, New Yorks REV again up in lights.

Ms Zibelman was recently quoted in RTO Insider on the REV that, “I feel very strongly that REV is on the right track. Almost all of the key policy decisions that were needed to really start moving the industry in the direction that REV contemplates have been made. We have really moved away from the policy conception to the implementation”.

She also cited a pending distributed energy resources valuation order as a policy priority to enact before she departs for her Australian role[vii].

Before moving to the PSC, Ms Zibelman helped found and was the President and Chief Executive Officer of Philadelphia energy start-up Viridity Energy, a smart grid demand management business. Since its founding in 2009, Viridity’s software has been put to use managing assets ranging from commercial buildings and university campuses to large-scale battery projects at train systems and solar installations. It now has about 2000 commercial and industrial sites using its software, as well as one of the largest portfolios of behind-the-meter battery systems on the East Coast. Its customers represent around 650MW of controllable load with its energy storage capacity at 23MW[viii].

Prior to forming Viridity, Ms Zibelman was Chief Operating Officer for PJM Interconnection from 2004 - 2007. PJM is a regional transmission organisation (RTO) that operates the high voltage grid across 13 states and the District of Columbia throughout the eastern United States, as well as the wholesale electricity market. The states involved are Delaware, Illinois, Indiana, Kentucky, Maryland, Michigan, New Jersey, North Carolina, Ohio, Pennsylvania, Tennessee, Virginia, West Virginia making its wholesale market much larger than the NEM.

In its most recent 2015 Annual Report[ix], the Company states that it currently coordinates a pooled generating capacity of more than 170,000 MW and operates wholesale electricity markets with more than 950 members. PJM “enables the delivery of electric power to more than 61 million people… (and) manages a sophisticated regional planning process for generation and transmission expansion to ensure continued reliability of the electric system.

PJM At A Glance 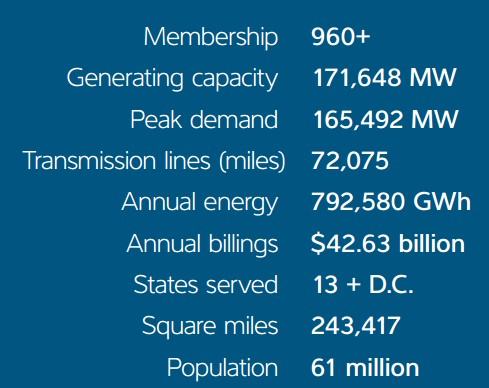 Zibelman has also previously worked in the US public sector and was General Counsel to the New Hampshire Public Utilities Commission. She was, according to the Times Union newspaper, considered a perfect candidate to lead New York’s REV charge because of her work in the private sector as well as the public sector and “could see how energy markets worked and were impacted by government regulation.”

The paper went on to say “she has been a champion of consumers being able to take more control of their role in the energy markets and influencing markets more directly instead of the current utility model where they have virtually no control over pricing and services.”

Ms Zibelman joins AEMO at a critical juncture. While a major transformation of the energy system is already underway, there is also substantial debate about the best way to continue the momentum to ensure a reliable, affordable and lower carbon energy system. It appears to be familiar territory for the new Chief Executive Officer.