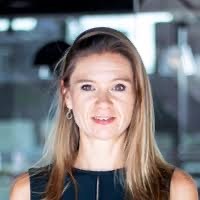 The UK energy market and its parallels with Australia

For any British tourist, spending time in Australia is an absolute pleasure - even during your winter! The weather is wonderful, the food is excellent, your access to the outdoors is enviable and everyone seems to be incredibly friendly and welcoming.  Whilst those differences are refreshing, there are also some similarities too – the structure of your energy market has many parallels and I’ve often heard it said by Australian colleagues that the best way to predict what’s going to happen here is to look to the UK. With that in mind, it’s worth casting our eyes over there now as the British system is going through a series of fundamental changes that may have relevance for the Australian energy retail market in particular.

Over several years, the UK retail energy market has become increasingly fragmented –  the regulator softened barriers to entry to encourage new firms to increase competition and innovation in the market, intentionally diluting the dominance of the established, larger firms. This was helped by reforms that made it possible for them to buy ahead on the wholesale markets.

But in recent months, wholesale price volatility, combined with a “price cap” mechanism that was never designed to accommodate such market dynamics, has forced many of these newer challengers to exit the market. As the price of these market failures will flush through to customers, the UK’s energy retail market has also regressed – we’ve returned to the days of a smaller number of bigger brands and innovation and competition seems to have taken a back seat, at least for now. 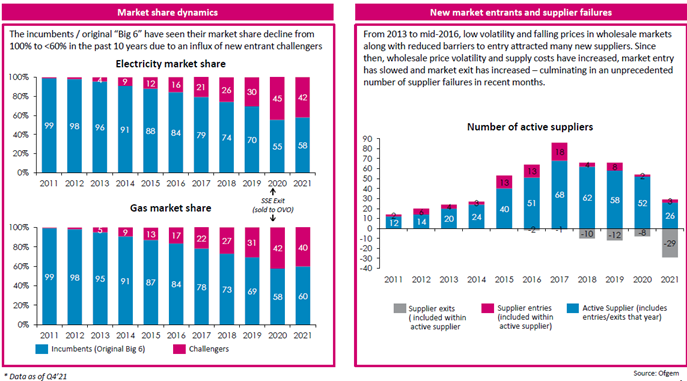 From this perspective Australia’s situation is comparable: upstart companies, some of which are retail only who lack the surety of the natural hedge that generation capacity provides, have been chipping away at their better-established peers. But are Australian retailers as vulnerable to market shocks as their British counterparts were? And if so, what can be done to ensure they weather the storm?

It’s firstly important to understand what created the underlying wholesale price increases in the UK, as these increases were the trigger for the rapid consolidation. In summary, the system faced supply constraints on several fronts: global LNG prices were increasing to fuel Chinese demand; gas stocks across Europe were unusually low; Russia, for geopolitical reasons, slowed its gas exports to Europe particularly; several major sources of European production were reduced due to maintenance or the natural decline of established fields; and other critical energy assets needed urgent maintenance as schedules had fallen behind during covid. Right at the moment of this perfect storm, industrial demand increased in northern Europe post pandemic and the region entered winter, pushing consumer demand higher too.

In a fully liberalised market, such price increases would flush through to retail consumers. However, in the UK, where a price cap is set and revised on a 6-monthly basis, retailers had nowhere to go and even fully hedged suppliers started to feel significant financial pressure. Not only were they exposed to the daily volatility of the imbalanced market, but many of their customers on fixed term contracts - who they had assumed would churn onto other products or suppliers when their fixed term period ended - instead dropped onto the cap as there was really no viable alternative. This built further unplanned losses for their suppliers as those volumes hadn’t been hedged, and to buy their energy at that time was only possible at a loss vs. the cap. At its worst, suppliers were losing £1k per year for each customer who stayed with them in this way.

Unsurprisingly, many suppliers simply couldn’t cope – smaller firms typically have less robust balance sheets and lack the security of a generation hedge. Those who hadn’t hedged at all fell fast as cash reserves soon ran out. Those who had partially or even fully hedged survived for longer, but many suffered the same outcome given there is no such thing as a perfect hedge. And those resilient players, whose balance sheets have held up this far, are now being squeezed even further – trading counterparties have started requesting higher levels of collateral to offset the credit risk just at a time when the cost-of-living challenge is placing pressure on supplier debt books. Cashflows are under pressure. 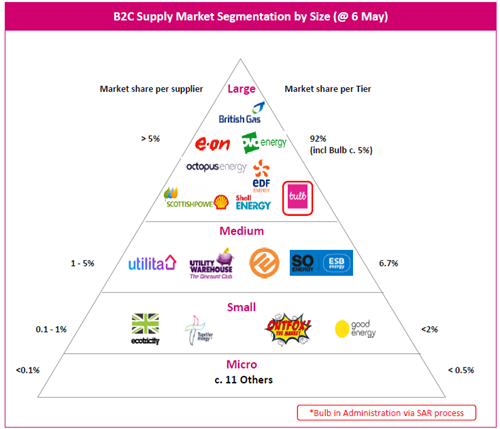 One key test, therefore, is whether Australian wholesale prices could be subject to such increases – a question that is all too easy to answer given the recent doubling in the price. And is volatility an issue in the Australian market? Most retailers have capped contracts which helpfully trim the peaks, smoothing out the more extreme elements of volatility – but those caps are set at a relatively high level. If the base price creeps towards that cap but doesn’t quite cross it, retailers are still materially exposed.

Another point to consider is whether retailers are sufficiently well-capitalised and hedged to ensure they can withstand wholesale market shocks. This is especially crucial if some level of price protection for vulnerable customers is a focus for governments and regulators, and even more so if that price risk is therefore passed back to suppliers. Stress-testing would give a clear indication and is now being introduced in the UK, but this doesn’t currently seem to be common practice in the Australian market once suppliers have passed the tests around point of market entry. With hindsight, a stress testing regime that managed a controlled market exit for inadequately capitalised suppliers would have been materially better for all than a situation which saw 30 retailers collapse from the market in a 3-month period.

And although the Australian version of the cap is more of a guide price or benchmark than a formal limit, few pricing mechanisms are agile enough to accommodate significant price volatility which, as the global energy system becomes more complex, is almost guaranteed. Interestingly, the UK cap is now being revised such that it will be adjusted every 3 months – already a big shift vs. the original 6-month timeframe, and very different to the annual pricing process that’s in place here.

The final one to watch is the ‘moral hazard’ – who pays if the supplier fails? In the UK, the Supplier of Last Resort process (our equivalent of your ROLR) allows the supplier who takes on the customer base of a failed entity to share out, or mutualise, the cost of honouring customer credit balances and the delta between the cost of purchasing energy vs. that allowed for in the cap. Unfortunately, this means that directors of failed organisations faced no major disincentive for gambling on the wholesale markets with customer cash. Yes, they’ll claim they were taking calculated risks and yes, they’ll claim they had risk management procedures in place, but one is more likely to make a gamble if someone else pays if the gamble fails.

As such, it makes sense to test whether the risk taken by suppliers in the Australian market correlates to the cost to them if that risk doesn’t pay off. Or are those costs of failures passed to consumers?

While none of these issues are quick – or indeed free – to fix, the Australian market can learn many meaningful lessons from the UK. And with swift and nuanced action, competition and innovation in the market can be retained in a way that offers at least some level of protection in an environment where household incomes and living standards are already under pressure.

Ellen leads Baringa's global Energy Retail, Networks and Water practice and has responsiblity for Baringa's client portfolios in the UK, Europe and Australia. With over 20 years of experience, she has worked across many elements of the value chain across oil & gas, power and water businesses both in industry and as a consultant, and has worked with several organisations in the UK and abroad.