The Clean Energy Regulator has reported the Renewable Energy Target is on track to exceed its target of 33,000GWh of new renewable energy by 2020.  We take a look at where this came from and what it means.

Two years ago the Clean Energy Regulator (CER) was worried the Renewable Energy Target (RET) of 33,000GWh of new energy by 2020 may not be met.  Two years later and renewables are not only on track to fill the target, but to spill over the sides.

The RET was first introduced by the Howard Government in 2001 and in 2009, with bipartisan support, expanded to 20 per cent of generation by 2020.  The broadly accepted “revisionist” interpretation of the legislation was that it was designed to act as industry policy for the burgeoning renewable energy sector, while a price on carbon, via an emissions trading scheme, gradually set a long-term investment signal.

While the core climate policy lever has long since been abandoned, its trusty assistant has endured and eventually thrived.  The cost of large-scale wind and solar has continued to fall steadily since 2009.  They are now the cheapest source of new energy in the grid, even after the cost of firming with peaking capacity is added.

Those increasingly competitive generation costs, coupled with the financial subsidy of the RET scheme – which uses a certificate-based liability on retailers to deliver the RET’s capacity target – has meant a remarkable expansion in renewable project development over the past two years. 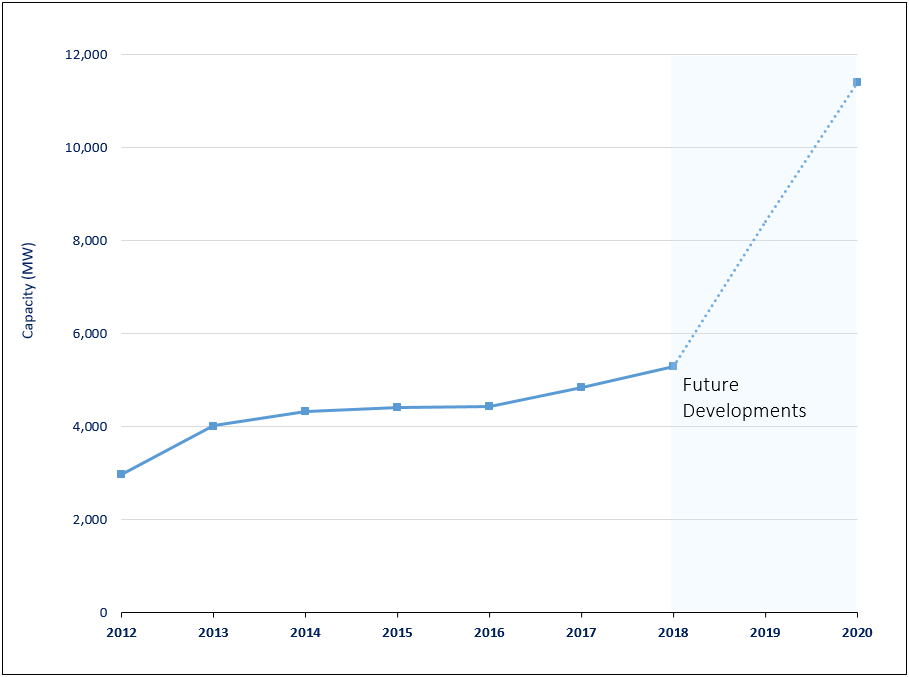 As the RET rolls towards completion, it will largely be met by wind supported by a late build of solar projects (almost all large-scale solar PV, with a small amount of solar thermal). South Australia’s dominant share of renewable projects will soon be overtaken by Victoria. Queensland’s late but aggressive investment in renewables will partly rebalance its slow start. 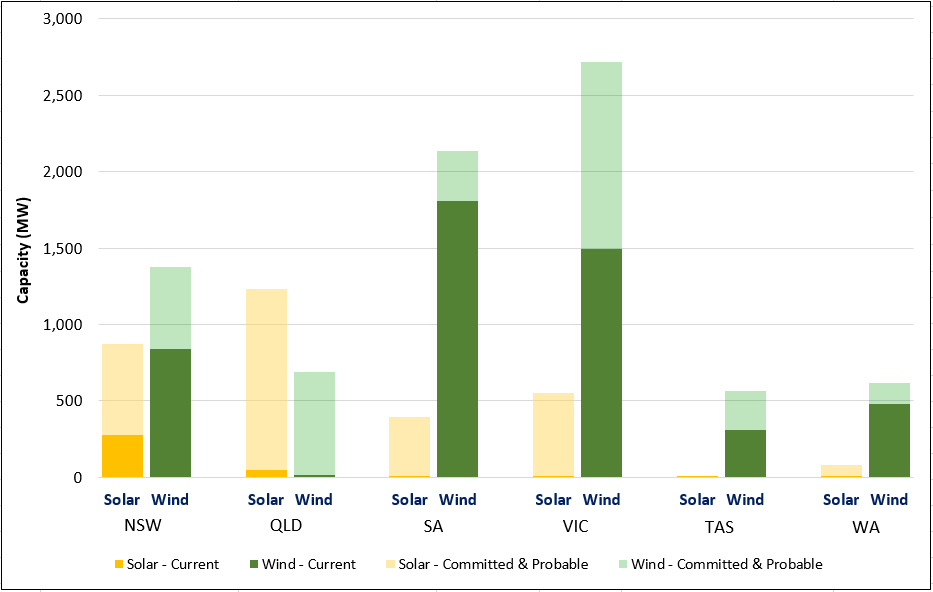 Assuming these projections are roughly accurate, what does this “mission accomplished” message tell us more broadly?

Nearly half of the committed and probable large-scale renewable capacity is solar – mainly single axis tracking PV with some non-tracking PV and solar thermal.  This is a rapid scale up, reflecting two drivers: (1) the cost of installed large-scale solar is now more competitive with wind and (2) PV is faster to install, so project developers can access large-scale generation certificates (LGCs) earlier under the RET.

In 2009 the renewable energy industry successfully lobbied for a 10-year extension of the RET compliance held at the final target, to try and avoid demand for certificates, and therefore their value, falling off a cliff in 2020.  As it turns out it doesn’t matter so much, as the mainstream view is the certificate value post 2020 will quickly approach zero anyway, given the oversupply of certificates.  So getting in earlier does make a difference at this stage.  All this means is there is likely to be a considerable number of projects being accelerated to try and access these more favorable terms.  This in turn translates to the increased possibility of a softer build rate post 2020.  This doesn’t mean there is a problem with the market.

How renewables are replacing coal

Around 5,000MW of coal (firm) generation has exited the National Electricity Market (NEM) since 2012.  During this time the NEM demand has been soft.  Slight growth in Queensland from the LNG trains has been offset by ongoing deindustrialisation and domestic energy efficiency gains.  The exit of two large coal generators (Northern, 2016 and Hazelwood, 2017) has signalled for new investment through a spike in wholesale prices.  While this spike has impacted on retail bills in the short run, it has also contributed to the accelerated renewables build we are now seeing.  You can’t have one without the other.

Do we need additional support measures for renewables?

Assuming investors are rational, they can factor in the risk of weak LGC prices post 2020, and they can factor in the wholesale market volatility from a transitioning market.  They are still investing well beyond (1,600MW+) the RET target limit.  It is reasonable to assume therefore that they can see sufficient returns with the current arrangements to invest.  There do not appear to be impediments to this investment.

The current design of the National Energy Guarantee is for a mechanism to ensure the prescribed emissions target will be met and reliability will be maintained.  This will signal a combination of investment in lower emissions generation and, over time, increased value in dispatchable/firming generation (and firm demand management).  Given this, it is unclear why additional support needs to be provided to reduce the cost of these generation types, for example through state-based renewable subsidy schemes. The same goes for customer-funded transmission builds to renewable energy zones, unless such investments can demonstrate that they pass a prudent cost benefit test.  This is the intent of the current regulatory investment test for transmission (RIT-T).

South Australia has been a desirable place to build wind and solar.  It is the world leader in a large-scale grid integrating intermittent generation, with around 50 per cent of total energy coming from wind and solar.  This was more by accident than design.  Renewable investment was encouraged by a consistently favourable planning regime (which successfully attracted investment), high quality wind and solar energy resources, and higher wholesale electricity prices (because of the gas-dominated generation mix).

The CER reports that SA has another 245MW of wind generation and 330MW of solar committed, with another 300MW of probable projects.  It appears the market conditions in SA remain favourable for further renewable investment.

Why? First, wholesale prices are still higher than the rest of the NEM.  Second, a large investment in upgrading the existing interconnector occurred in 2016. Third, and not entirely unrelated, the Northern and Playford power stations closed in 2016.  Fourth, the intervention by AEMO in capping renewable generation for system security reasons in high wind conditions has effectively maintained a floor under wholesale prices at these times, which paradoxically encourages further investment in renewable generation.  SA is now exporting more energy at times of high wind than it used to.  The frequent interventions are widely recognised as undesirable and the institutions and transmission provider are working towards a longer-term secure solution.

The CER report last week confirms what the AEC has been saying for the past year: renewables are the new normal.  There is work to do on how we ensure an efficient and reliable transition as intermittent, zero emissions generation expands its role in the grid.

This is an important turning point.  It marks the RET as a success.  There is no greater victory for regulatory intervention than redundancy.  That we don’t need a RET any more says a lot about how far the transformation of the Australian energy sector has come.