Tasmania: Interconnectors and price caps, is there a link?

A second interconnector to Tasmania is unlikely to be feasible under expected energy market conditions, according to the final report of Dr John Tamblyn’s study, into the feasibility of a new link with the mainland[i]. The study determined that a business case for a second link should only proceed if one or more of three preconditions were met.

Meanwhile, at a time when Tasmania is assessing this additional interconnection to the National Electricity Market (NEM) the State Government’s concerns about the significant volatility of the NEM has led to legislative moves to introduce a cap on wholesale prices for 12 months.

In April 2016, the Federal and Tasmanian governments established a feasibility study into a second electricity interconnector between Tasmania and Victoria. The study was initiated in response to energy supply challenges in Tasmania during 2015–16 which were caused by an extended outage of the Basslink interconnector and low hydro water storage levels, a result of low rainfall. The final study was released last month[ii].

The first being if there was a significant future reduction in Tasmanian electricity demand. This would allow the surplus generation in the state to be exported rather than wasted because of a constrained link to Victoria.

The study concluded that while the modelling was useful in understanding the market dynamics it did not evaluate potential benefits from a second interconnector that would be allowable under a regulatory investment test for transmission, including competition benefits and some power system reliability and security benefits.

It also notes that a second Tasmanian interconnector would facilitate the development of wind energy. By simply increasing the capacity for the export of the generation to the rest of the NEM, although most of this was forecast to occur in the late 2020s and 2030s because of the earlier build of renewable projects in Victoria and SA.[iii]

Concerns with a second interconnector included:

One or more of the preconditions Dr Tamblyn recommended should be met for a detailed business case to progress were:

The Tasmanian Government introduced the Electricity Supply Industry Amendment (Pricing) Bill to the state’s Legislative Assembly on 2 May. The bill is designed to cap the wholesale power price for 12 months. The legislation will enable the Government to set the wholesale price on the first of July and aims to deliver an outcome which is consistent with Consumer Price Index (CPI) of about 2 per cent[v].

The State Government has pointed to wider market factors outside its control which were placing pressure on wholesale prices, “under the current regulatory settings”[vi]. The closure of Victoria’s Hazelwood power station and reliability issues in South Australia were cited as combining to drive prices to historically high levels.

Tasmania’s Treasurer, Peter Gutwein, told Parliament, “Due to Tasmania’s physical and market based connection to the NEM through Basslink, Tasmanian wholesale spot prices have been forced higher as they mirror the market volatility exhibited within mainland NEM jurisdictions. It has become obvious over recent months that a serious flaw exists in this framework as households and businesses across Tasmania cannot be insulated from this volatility in wholesale electricity prices under the current regulatory framework”.

The claim that this feature of the NEM is a “flaw” does not stand up. The point of the NEM is that market signals drive investment in both generation and (indirectly via the RIT-T process), transmission investment such as Basslink 2. Tasmanians have been happy to take the price-depressing impacts of imports from Victoria many times over the 12 years since Tasmania joined the NEM, but such effects cannot logically be a one-way street.

The Government has been advised that price increases of up to 15 per cent were likely to occur for residential and small business customers on regulated tariffs.

The Treasurer has argued that, “While Tasmanian wholesale spot prices have increased considerably, the actual cost of generating electricity in Tasmania has not increased to the same extent…. the Government does not consider it appropriate that Tasmanian electricity customers should be impacted by higher prices resulting from our direct linkage to the Victorian wholesale price which is increasing as a result of factors that are outside of the State’s control.”[vii]

The Bill is yet to go to the Upper House.

At a time when Tasmania is discussing becoming more interconnected this decision is distancing Tasmania from the market operations of the NEM. An energy-only market requires pricing volatility, which is designed to incentivise new investment.

The price volatility in Tasmania is not simply a consequence of Hazelwood’s closure. Prices in recent years have been impacted by other factors such as low rainfall and outages with Basslink. Figure 1 and 2 shows the increase wholesale price volatility between 2011-12 and 2016-17. 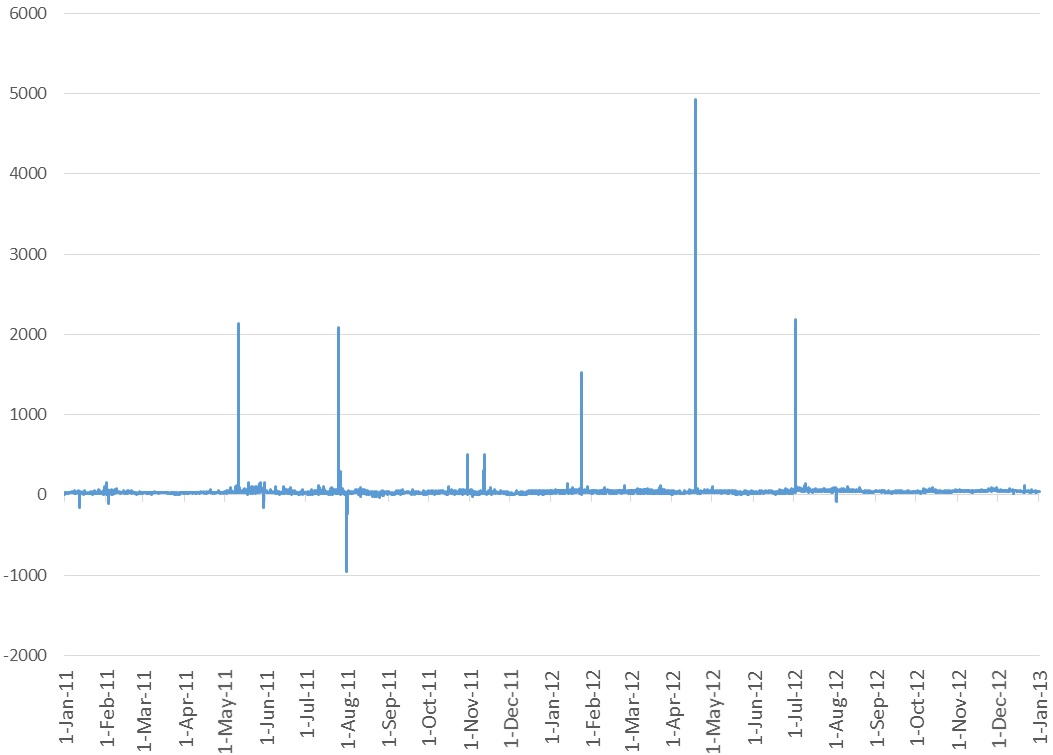 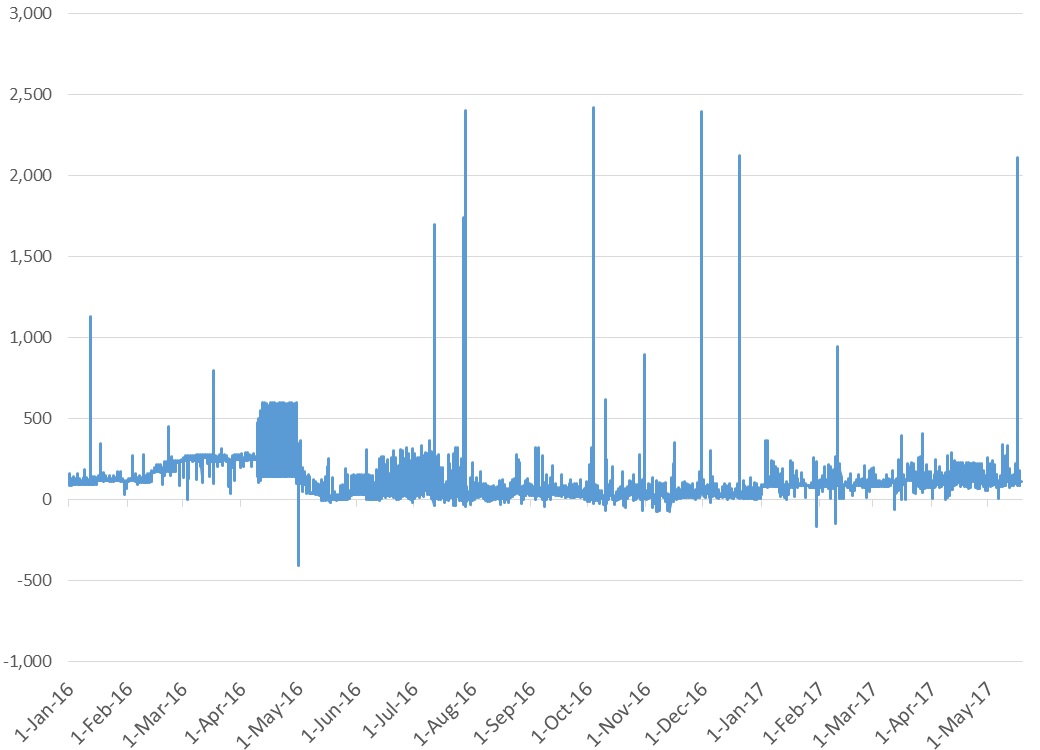 Tasmania has more ability than other states to do this because the energy generation, distribution and retail companies remain publicly owned. Hydro Tasmania expects the wholesale electricity cap to save consumers $20 per megawatt hour, while it is expected to reduce the energy provider’s revenue between $10 million and $15 million next year[viii]. But of course, such intervention is a warning to other electricity businesses of the additional political risks of investing in Tasmania.

A momentous change in the National Electricity Market occurs at midnight. Energy will no longer be settled in 30-minute slices, instead each five-minute interval will be settled against its own dispatch price. Sound simple? Conceptually perhaps. But hundreds of millions of dollars were invested to make it happen and it’s affected all parts of the industry.