It has been described as "one of the most critical blind spots in today’s energy debate"[i]. That is the growing hunger for space cooling, and air conditioners (ACs) in particular, according to a new International Energy Agency (IEA) report The Future of Cooling.

The IEA's baseline projections to 2050 show that the number of AC units sold is expected to boom from 1.6 billion in 2016, to 5.6 billion by 2050[ii] - using as much electricity as China does today. Most of this will be driven by developing countries such as India, Indonesia, the Middle East and continued growth in China.

In Australia we have long seen the impact of the growth in the use of ACs on energy use: The take up of home ACs has been flagged as the number one driver of increased electricity demand during heatwaves.

Marchment Hill has estimated that ACs would account for controllable load of 1800MW (equivalent to a Hazelwood Power Station) in its analysis of how much load could be saved if a residential demand response was rolled-out across the National Electricity Market. That calculation is based on 74 per cent of households now having ACs (a total of 6 million units). This has grown from 35 per cent of Australian households in 1999 with an increasing number of homes having multiple units.

Internationally, global energy used for space cooling has already more than tripled between 1990 and 2016 and without action will demand dramatic growth in electricity generation with a consequent impact on greenhouse gas emissions.

So what does the IEA report show and how does the energy system respond to this expected exponential growth driven by the appetite for cooling?

The Future of Cooling

The Future of Cooling report projects global energy use for space cooling will reach 6200TWh in 2050, a tripling from the 2020TWh of electricity consumed in 2016. Almost 70 per cent comes from the residential sector with business accounting for the rest.

ACs are the key driver and as mentioned are expected to grow to 5.6 billion units by 2050[iii]. To date the uptake of ACs and the increase in electricity generation required has led to a three-fold rise in carbon dioxide emissions to 1130 million tonnes in 2016 (the equivalent to Japan’s total emissions today). And this has created a conundrum: ACs are contributing to global warming, which then further increases demand for ACs.

Since 1990, global AC sales have nearly tripled to 135 million units sold annually. The majority of AC sales are of packaged and split-system ACs for the residential sector and small commercial buildings. 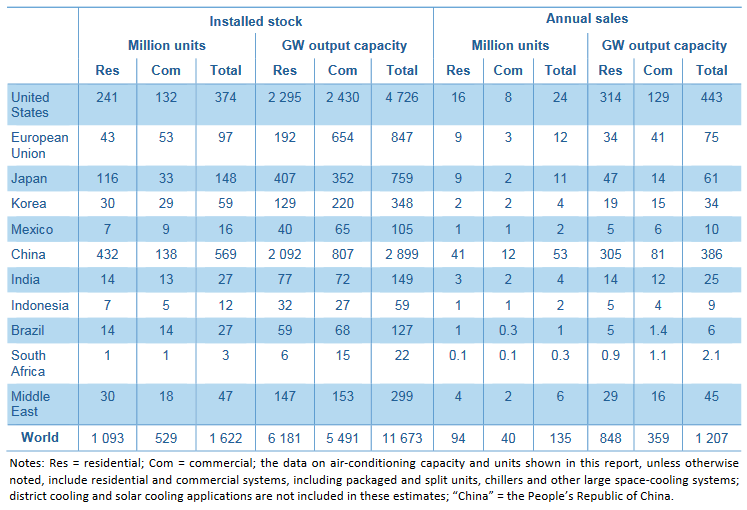 Figure 2: Worldwide stock and capacity of ACs by sector

The IEA notes that the difference in the size and sales of ACs across countries reflect differences in climate, population and prosperity: “Access to cooling is a major social issue. Of the 2.8 billion people living in the hottest part of the world, only 8 per cent currently possess ACs, compared to 90 per cent ownership in the United States and Japan,” the report says.

While the majority of ACs to date are confined to just a few countries, sales are increasing in China.

In 2016 there were around 1.6 billion installed ACs in residential and commercial buildings, with units in China and the United States representing half of this total. The United States has the largest amount of installed AC capacity, representing 40 per cent of the global total. While sales of ACs in electricity terms were highest in China, where the 53 million units accounted for nearly 390GW in generation capacity.

The IEA’s baseline projected growth in the number of AC units sold is expected to lead to greenhouse gas (GHG) emissions almost doubling from 1135 million tonnes (Mt) in 2016 to 2070 Mt in 2050 - the equivalent to the total CO2 emissions of Africa today (Figure 3).

The IEA looks at a few different factors that contribute to the growth in demand for space cooling and the resulting GHG emissions. These include:

Economic and population growth in the hottest parts of the world are anticipated to be key drivers of future demand for ACs. Electricity consumption by the residential sector in developing countries is currently low compared to developed countries. However it is expected to increase in the near future, the adoption of home appliances generally will rise as developing countries improve their standard of living[iv].

The report predicts that the United States’ share will start to decline as ACs increase in Asian countries. In 2016, China led the market in residential AC sales (41 million units). While sales continue to grow rapidly in India, Indonesia and the Middle East as well.

The IEA estimates that by 2050 the largest share of growth will come from developing countries, namely India, China and Indonesia. These countries are expected to make up half of demand growth to 2050, with AC units that vary widely in efficiency.

Figure 4: Share of cooling in peak load and total electricity demand by country/region, 2016

Soaring sales of ACs are expected to drive future electricity demand to “unprecedented levels”. Peak load is expected to rise sharply in hot regions. India, for example, increases from a 10 per cent share today to 45 per cent in 2050.

While solar power is expected to play more of a role in future, it will not be a fully adequate supply to compensate for the additional demand, simply because it does not always mirror cooling demand, which can last through the night.

Yet the agency is optimistic that demand could be influenced though policy. While many different actions could be taken, the IEA suggest that stronger minimum energy performance standards and measures such as product labelling, could more than double the average energy efficiency of ACs worldwide between now and 2050.

“With rising incomes, air conditioner ownership will skyrocket, especially in the emerging world. While this will bring extra comfort and improve daily lives, it is essential that efficiency performance for ACs be prioritised. Standards for the bulk of these new ACs are much lower than where they should be,”[v] said Dr Fatih Birol.

ACs sold in Japan and the European Union are typically 25 per cent more efficient than ACs sold in the United States and China. Australian residential air conditioners have been required to show an energy label since 1987. In 2004 minimum energy performance standards were introduced (larger three-phase air conditioners have had an efficiency standard since 2001)[vi].

In the report, the IEA introduces an Efficient Cooling Scenario that again projects to 2050, but with more stringent efficiency policies in place. When this is compared to the baseline scenario, the additional capacity needed to meet AC demand to 2050, decreases by 1300GW (the equivalent to today’s total coal-fired power generation capacity in China and India).

Less need for capacity also means lower investment, fuel and operating costs, and as such, the average cost of supplying electricity to AC users across the globe also decreases by around 45 per cent in the Efficient Cooling Scenario.

The IEA also looks at increasing the energy efficiency of ACs coupled with the decarbonisation of power generation. This leads to an emissions drop to 150 million tonnes, which represents 7 per cent of the baseline scenario. Half of this projected decrease comes directly from the improved efficiency of ACs. While policies for tougher building efficiency codes, coupled with more efficient ACs, could keep energy demand flat. 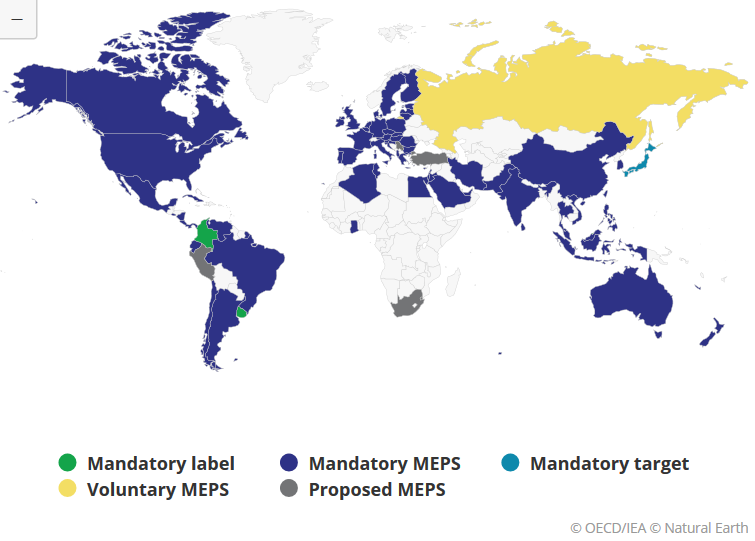 The IEA states that it is ready to support “global action to ensure a sustainable cooling outcome for the planet.” And that a strong policy response could ensure growing access to space cooling does not come at potentially huge costs - economic, social and environmental.

“Setting higher efficiency standards for cooling is one of the easiest steps governments can take to reduce the need for new power plants, and allow them at the same time to cut emissions and reduce costs,” said Dr Birol.

[i] The Future of Cooling, International Energy Agency, 2018

[ii] IEA, Air conditioning use emerges as one of the key drivers of global electricity-demand growth, May 2018

[iii] IEA, Air conditioning use emerges as one of the key drivers of global electricity-demand growth, May 2018

[v] IEA, Air conditioning use emerges as one of the key drivers of global electricity-demand growth, May 2018

Feb 04 2021
Read Analysis
GET IN TOUCH
Do you have a question or comment for AEC?