The South Australian Government’s decision to invoke the Retailer Reliability Obligation (RRO) for that state came as a surprise to the energy sector given the Australian Energy Market Operator (AEMO) did not flag any reliability issues in its most recent Electricity Statement of Opportunities (ESOO).

So how did this come about, what is the RRO and what does this decision mean?

As part of the introduction of the RRO the COAG Energy Council gave SA the discretionary power to unilaterally invoke the first stage of the RRO process (the T-3 Reliability Instrument) for that state.

On 9 January 2020, the state’s Minister for Energy and Mining triggered the RRO in SA for the first quarters (Q1) of 2022 and 2023. Under SA’s declaration, the prescribed periods are:

What is the RRO?

The RRO is what remains of the National Energy Guarantee (NEG). The emissions mechanism was dropped by the Federal Government, but the Energy Security Board (ESB) were tasked with implementing its lesser known reliability leg.

The RRO is intended to support reliability in the National Electricity Market (NEM).  To do this it can require retailers, and some large energy users, to establish contracts for their share of demand for a prescribed period at least a year ahead of time.

It was designed with a double gate: A “T-3” trigger 3 years in advance of the start of the forecast reliability gap and a “T-1” trigger 13 months in advance, and must be triggered for the full RRO to come into effect. The trigger is pulled by the Australian Energy Regulator (AER) under advice from AEMO where their forecasts suggest that at a particular time a NEM state will not meet the reliability standard. The T-3 trigger was designed to give retailers three years’ notice of a possible shortfall, allowing them until T-1 to prepare their portfolios and by which time the industry may have resolved the shortfall through new investment.

That trigger could be affected by the current review by the ESB of the reliability standard that was requested by the COAG Energy Council.

The SA derogation means that T-3 in this instance is actually less than three years, as the SA Minister can, until 1 July 2022, call T-3 with as little as 15 months’ notice before T.

If a T-1 reliability instrument for Q1 2022 is made by AEMO-AER later this year, SA retailers will be obliged to reconcile their portfolios and report the details of how they will comply during the prescribed periods to the AER, or potentially face penalties. Simply put, retailers must be able to show that they have access to qualifying hedge contracts and/or firm generation satisfactory to meet their individual demands on a 50 per cent Probability of Exceedance (PoE) peak demand day.

The AER publishes considerable material on how retailers can comply. A table showing the key steps in the process can be found here.

Whilst retailers’ compliance requirements don’t come into full effect until T-1, some in-state generators are affected by a Market Liquidity Obligation (MLO) shortly after T-3.

As noted by Allan O’Neil on the WattClarity website, large generation businesses in SA, specifically Origin, AGL and Engie, will be required to offer contracts from 7 February 2020 for the prescribed periods at specific times on the Australian Securities Exchange (ASX).

The MLO is a market making requirement designed to facilitate transparency and liquidity in the trading of electricity futures contracts relating to a forecast reliability gap. The MLO operates between T-3 and T-1 when the RRO is triggered, and provides a source of qualifying contracts for liable entities to purchase to help meet their RRO contracting requirements. Parties obligated under the MLO are required to post bids and offers, with a maximum spread, on an approved exchange for standardised products that cover the period of the gap.

The AER’s interim guideline contained the table below that identified the MLO groups by region, as well as the net volumes of contracts covering each reliability gap period which these parties would need to sell in aggregate and per quarter, before being relieved of the obligation to offer further contracts in total and during any quarter.

Table 1: The MLO volume limits for the various MLO groups has been calculated below 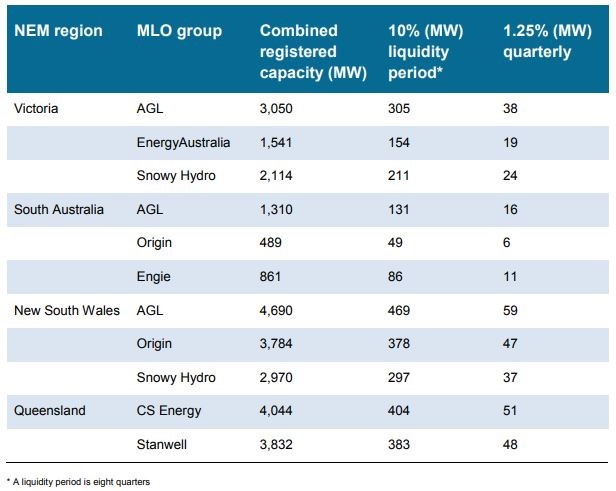 Also triggered is a voluntary book build (VBB) process under which AEMO facilitates discovery/matching of interested buyers and sellers who may not be in a position to immediately contract such as participants considering constructing new plant. 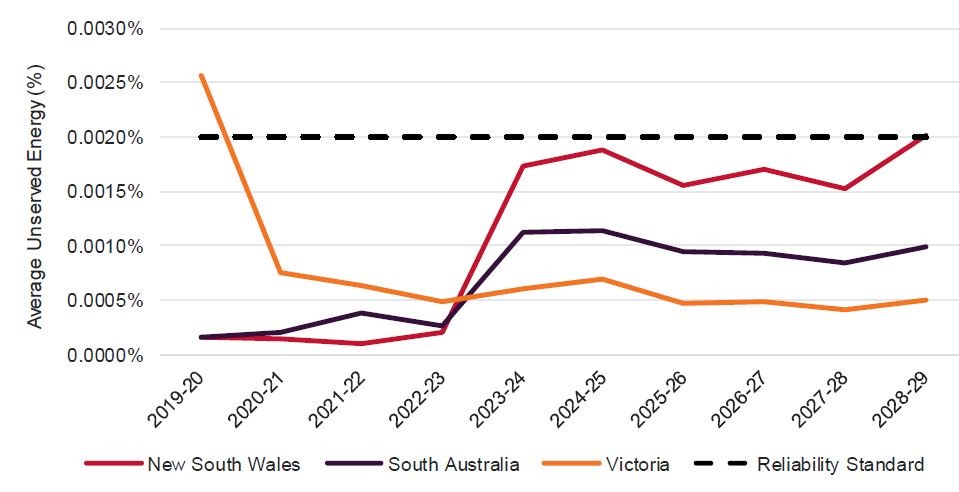 WattClarity noted a few circumstances of the current SA market that are pertinent: 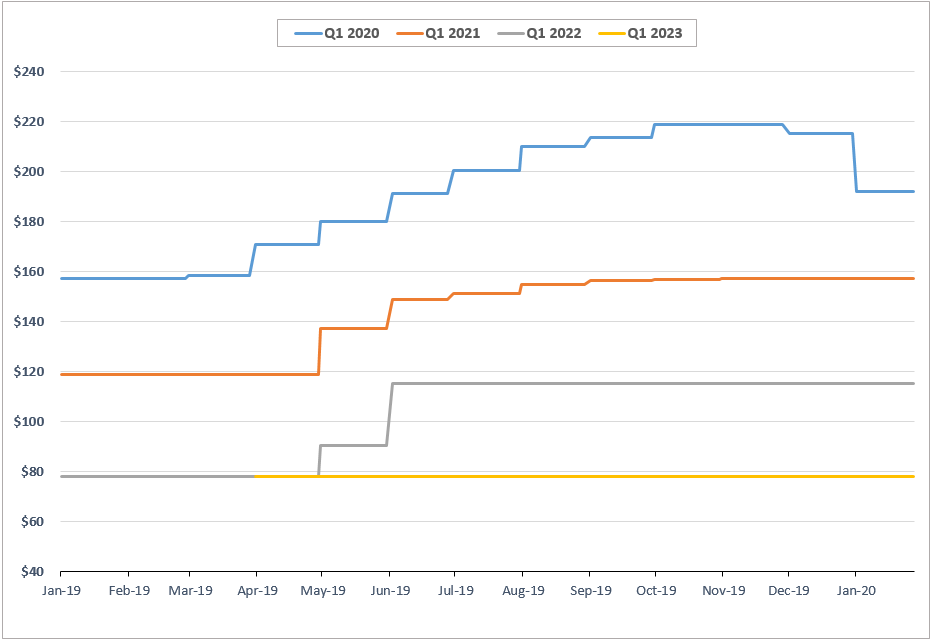 WattClarity comments that Q1 2023 is apparently being priced well under the current summer quarter. This would indicate a market expecting significant spot price falls, little volatility and by extension much more robust reliability.

But in fact, the completely flat price path for that contract year and also the relative absence of movements in the 2022 and even 2021 quarters perhaps illustrate another possible motive for the SA trigger – these contracts are historically illiquid in SA relative to other NEM regions. Behind the scenes in the bilateral brokered market for “over the counter” contracts, there may be quite different prices, but these are not as easily observable.

By triggering the RRO, and hence the MLO, the requirement to “make a market” in these or very similar contracts may add liquidity.

Given the current expectations for the reliability standard to be met, unless there is a change to that standard or something dramatic happens on the supply side, it seems unlikely that a T-1 Reliability Instrument for Q1 2022 and corresponding compliance obligation on market customers will be issued by December 2021. However, retailers should not be complacent: the outlook could worsen or the reliability standard could be made more conservative.

The major immediate issue is the imposition of the liquidity obligation.