South Australia could borrow a slogan from another state based on recent vagaries and challenges thrown up by its energy grid.

One day it experienced spot prices exceeding $5000/MWh six times between 6pm and midnight due to a reserve shortfall and two days later it was reporting near-record minimum demand, which required the unprecedented step of curtailing rooftop solar to ensure grid stability.

On Friday 12 March South Australia’s spot prices experienced a reduction in available capacity due to a series of events which led to a reserve shortfall of 131MW for 60 minutes[i]. It’s estimated around 2000MW of firm supply capacity was unavailable on the day.

The state has around 3468MW of dispatchable capacity (figure 1). The limited availability of capacity to meet demand led to spot prices going over $5000/MWh six times in the six hours up to midnight. 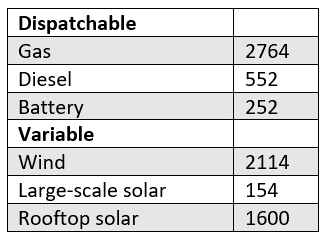 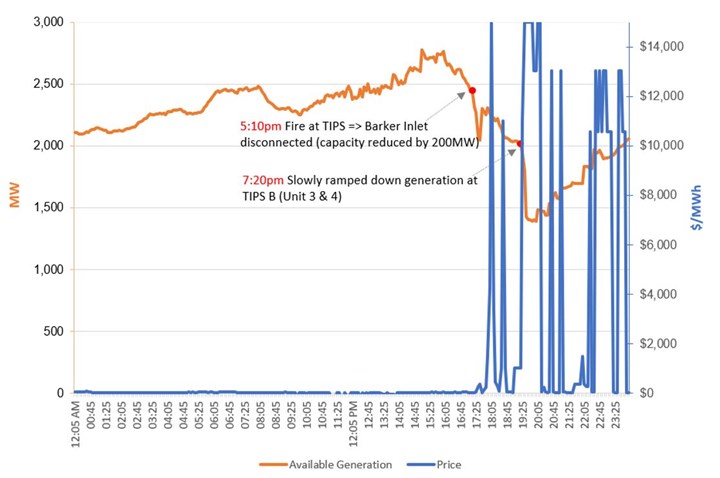 The Australian Energy Regulator (AER) has completed a report into the high price events which outlines the key drivers. It states the reduction in, or access to, low priced capacity stemmed from:

The switchyard failure tripped both the Torrens A and Torrens B high voltage buses that distribute power, also connected TIPS B. Units 2, 3 and 4 at TIPS B were online at the time, and with a risk the station could trip, the market operator constrained the total output to 40MW and capped the output at 240MW.

On top of the unavailability of plant noted above, gas-fired capacity was also unavailable until Pelican Point’s second gas turbine came online later in the day and given and  given the time of day there was  limited solar generation available. The sunset in Adelaide on 14 March was at 7:35pm.

Demand reached 1752MW at 7.30pm, which is not particularly high for South Australia – in fact not much more than half the summer record. Yet the loss of Barker Inlet generation, TIPS B, as well as the Hornsdale battery and low wind output meant South Australia was running short of spare capacity from 7:30pm and AEMO issued a market notice that only 131MW of spare capacity was available. This lasted for an hour when there was enough spare capacity to cancel the notice.

Given the plant availability and level of demand before the incident occurred, price sensitivity forecasts indicated that even a 100MW increase in demand or loss of supply would lead to the 7:30pm trading interval price increasing from $1,017/MWh to $13,100/MWh, according to the AER.

The impact on prices – which ranged from $509/MWh to a high of $14,348/MWh from 6pm to midnight – along with the available capacity and demand is shown in the table below. 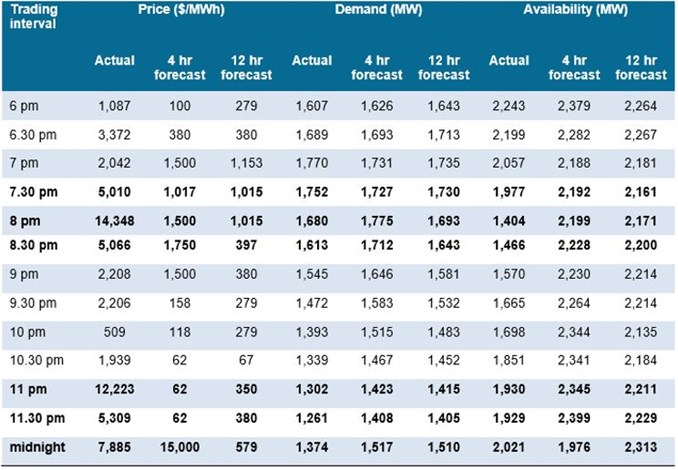 In the most dramatic of contrasts, two days later, the state saw demand fall to 358MW a near-record minimum level (the record of 300MW was set on 11 October 2020). The low demand was the result of, mild weather, low demand from industry (it was a Sunday) and a high output of rooftop solar. At the same time the interconnector works as noted above limited exports from South Australia to Victoria.

As would be expected, prices were negative through the surplus period and all large-scale renewable energy self-curtailed to zero output. 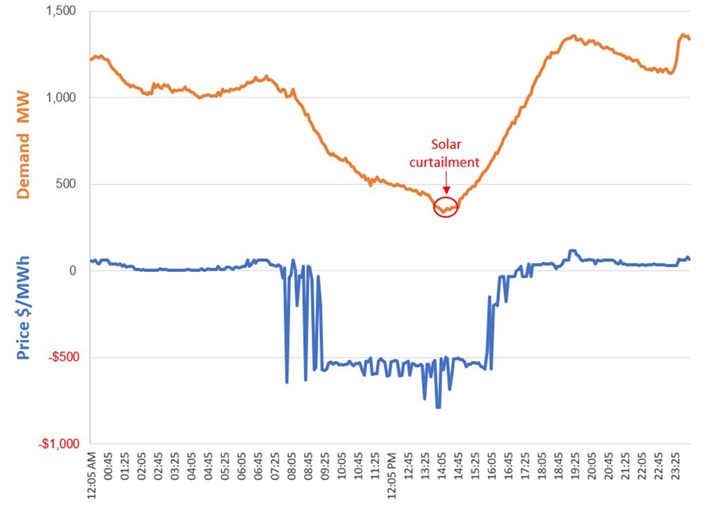 AEMO had issued a market notice forecasting demand levels below the 400MW considered to be the state’s secure scheduled demand threshold. To maintain system security the market operator directed that steps be taken to maintain grid-demand above the threshold for about an hour from 3pm. The reasons for this minimum secure level of demand are complex and include the need to retain some gas generators on-line at minimum output for “system strength” purposes. There needs to be somewhere to put this minimum output.

As a result, it led to what may well be the first curtailment of rooftop solar in a major grid. The market operator reported that 67MW of solar was curtailed via: 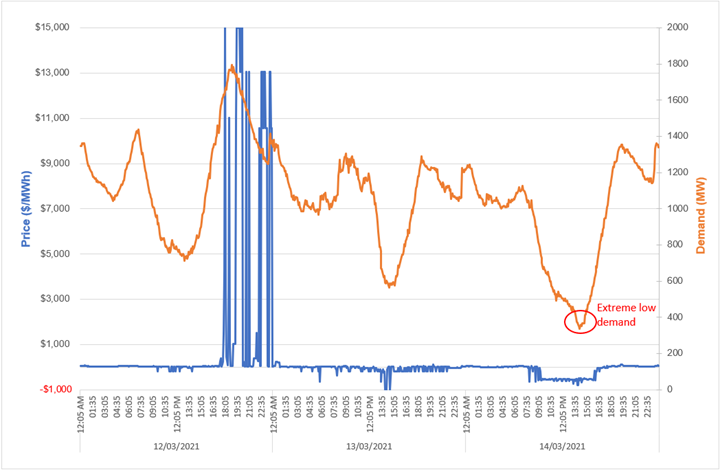 Figure 5 shows the market condition in South Australia across the three days (12 to 14 March) with high volatility in price.

Full details of the high priced events can be found in the AER report.