There can be life at the end of a coal fired power station.  But the ability to extend the life of these generators depends on a range of factors.  It is not, as some appear to suggest, simply a coat of paint and a tune up.

The notion of extending the life of a 50+ year generation asset has taken prominence this week with two reports from AEMO focussing attention on the shortage of generation capacity in the National Electricity Market during times of peak demand, and the exacerbating effect of AGL’s planned closure of the Liddell Power Station in 2022.  This has resulted in a wide range of opinions being expressed about what it would take to extend the lives of Australia’s coal fired generators. 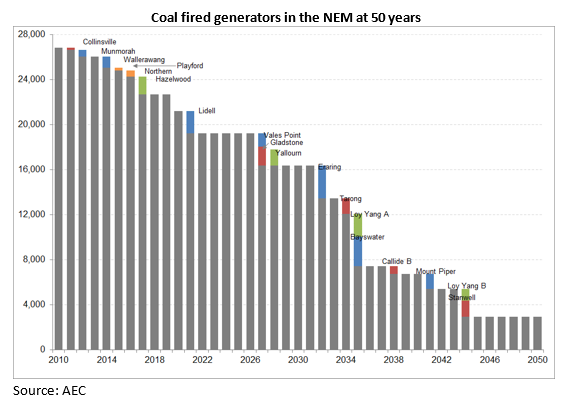 There are a number of key factors that determine the viability of extending each power station’s operational life.  These include: its age, fuel type (black or brown coal), its operational history, its current fuel contracting/supply, how it is operated and who owns it.

The condition of coal fired power stations is a function of how they have been operated and maintained during their operating life.  Most coal fired power stations were originally built and operated by state government utilities.  Their early operational life depended on the different conditions in each state.  Power stations like Liddell in NSW were run extremely hard in their early years as electricity demand increased rapidly in the 1960s.  This operational pressure eased as more generators were commissioned over the succeeding decade.

The creation of the national market in the 1990s increased transparency on market conditions, while some of these assets were sold to commercial businesses.  The levels of reinvestment in these assets were increasingly influenced by wholesale market prices and, more recently, the level of carbon risk impairing the future life of the asset. 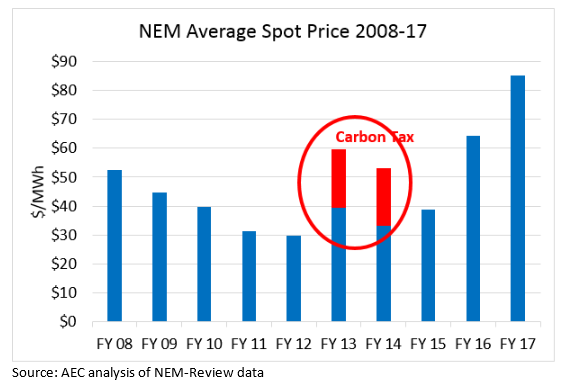 Higher wholesale prices are a recent phenomenon, driven by the tightening of supply caused by the closure of the Hazelwood and Northern power stations.  Prior to these closures the market experienced a sustained period of oversupply and weak wholesale prices.  This oversupply, coupled with ongoing climate change policy uncertainty, tended to discourage or defer operational expenditure.  Larger investments were deferred until it was clear what the future of each power station would be.

The four main component parts of a coal fired generator are the boilers, the turbines, the generators and the transformers.  Coal is washed and pulverised and then combusted in furnaces with integrated boilers to produce steam.  The furnace and boiler system is significantly more sophisticated than a giant kettle with a heat source underneath.  It comprises a complex series of pipes and tubes in exotic materials to maximise the value of the heat exchange.  The furnaces and boilers are the most integrated part of a coal fired power station.  They endure remarkable thermal and corrosive stresses and as such have a finite life.  They can be repaired to some extent, but are generally not economically replaceable, so the condition of the boilers is critical to the durability of any power station.  At Hazelwood the aged boilers were key to the decision on closure.

The steam from the boiler is produced at pressure to spin turbines at 3000 rpm, which in turn are attached to generators which create the electricity.  These moving parts wear out and are able to be replaced.  A complete refit of new turbines for each unit of a power station may cost in the order of $40 million to $60 million. New rotor blades in each turbine - generator unit will cost around $10 million per unit.

The transformer converts the energy from the generator into a voltage level that can be sent out on the grid.  Transformers are also replaceable, and can cost around $20 million to refit for each unit.

In addition to the core of the generating system there is a sophisticated control system that monitors operation throughout the plant, systems to manage dust emissions, processing of coal and management of ash, as well as the physical building and chimney stacks.  These are giant industrial buildings and the cost of upgrading or maintaining all these component parts is significant.

While Australia has an abundance of black and brown coal reserves, this does not automatically translate into this coal being readily available to all coal fired generators.  A number of coal fired generators in NSW have not been able to operate at maximum output because they cannot contract enough coal to sustain operations at the higher level required following the closure of Hazelwood and Northern.  Around 80 per cent of the coal produced in NSW is exported, so generators have to compete with these lucrative export contracts to source additional coal.

In addition, some power stations are no longer located proximate to operating coal mines, requiring them to rail in coal from other parts of the state.  There are significant constraints on the rail network to move large volumes of coal in NSW, as well as increasing the cost of supply.  These factors all impact on the value of extending operational life of each generator.

Victorian power stations use brown coal, which is much wetter and lower in calorific value than black coal.  As a result the brown coal is mined in open cut operations adjacent to each power station.  The viability of operating into the future is influenced by the ability of these higher emissions plants to access fuel.

Generators in NSW, Victoria, South Australia and some in Queensland and Western Australia are owned by commercial businesses.  Managing carbon risk is now a material issue for all businesses, particularly those with significant exposure to this risk (like energy businesses with related retailers).  The ability of these businesses to raise capital and invest increasingly depends on their ability to demonstrate prudent management of future carbon risk.

The absence of national climate and energy policy does not negate this risk.  If anything it increases it, because it increases regulatory uncertainty.

To manage system reliability and affordability the market operator may want to buy some time and seek to extend the life of some of these generators.  That may be a sensible and cost effective solution.

Each power station is different.  Some will be better suited to this option than others.  Decisions about whether or not to extend the life of any existing generator will need to be made on a case by case basis, and as part of a national energy strategy.

The cost of extending the life of old coal, and the terms under which it would run, would need to stack up against competing technology solutions to do the same job.  The whole system would need to reflect the emissions targets agreed by successive governments.

If it is not commercially prudent for the owner of a power station to reinvest millions of dollars to extend its life, then who would pay for it?  How do we make sure this is the most efficient investment?  What are the other options and what do they cost?  Would they remain in the market, or form part of a strategic reserve?  In this case, how would the plant remain viable?

These are important and expensive questions that should be part of a national energy strategy.