Australian Electric Vehicles (EV) sales quadrupled in 2014 due to improved model availability, better technology and pricing choices, as well as emerging long-haul charging infrastructure, according to a new report by Energeia called “Shifting Gears: The Australian Electric Vehicle Market to 2030 - A Private Report for Strategic Research Service Clients”.[i] Despite this increase, overall numbers continue to remain insignificant with EVs representing only 0.1 per cent of overall vehicle sales. However, the building blocks for demand inflexion are on the horizon[ii].

A look at Australia

The current Energeia projections estimate an Australian EV fleet of 2.2 million vehicles, consuming 4.4 TWh of electricity annually, 2 per cent of the National Electricity Market, which represents 79 GWh of potential battery storage by 2030. The key Australian EV market developments anticipated in the Energeia report include:

Australia’s current EV market winners are Tesla, Mitsubishi and ChargePoint. Energeia expects a wave of Original Equipment Manufacturer (OEM) fast-followers to emerge over the next five years, leading to wider vehicle choices for customers. Beyond the DC fast charging and car share rollouts, long-term success in the charging space will require the right business model[v].

The need for more EVs is also underlined by the recent vehicle emissions discussion paper released by the Australian Government to promote cleaner vehicles. Energeia notes that Australia has not set a new fuel efficiency targets since 2010 and that the country’s existing targets are now the softest of its major trading partners. The Australian Government's discussion paper seeks views on measures to achieve its 2030 greenhouse gas emissions reduction target of 26-28 per cent on 2005 levels by 2030 with a focus on road vehicles[vi].

Compared to the rest of the world

Despite the strong performance in 2014, overall Australian EV adoption remains low compared to other industrialised nations, in terms of vehicle market share and the deployment of public charging infrastructure[ix].

Norway and the Netherlands are the leading markets for EVs sellers. A key reason is their provision of subsidies of up to A$30,000, while in Australia government support for EVs is under A$1,000, according to the Energeia report[x].

It is worth noting that Norway could be a victim of its own success with the generous subsidies and in some cases exemptions from tolls leading to a tax shortfall of 2 billion crowns ($US 267.79 million), Reuters[xi] reports.

In the first quarter of 2015 there were more than 8,000 plug-in electric and plug-in hybrids EVs sold in Norway, representing a third of all vehicle registrations. During this period, Norway’s share of registrations was 33.1 per cent while in the Netherlands it was 5.7 per cent. 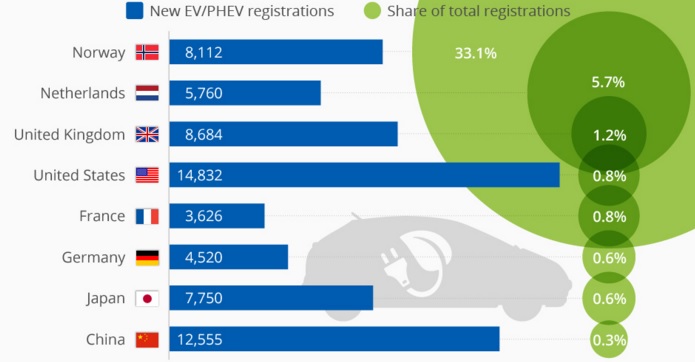 EV sales continue to increase in the United States, with vehicle numbers surpassing 400,000. During January 2016 alone 20,967 hybrid EVs and 6,713 plug-in vehicles were sold. Much like Australia, the Tesla continues to be the most popular vehicle across the US[xiii]. 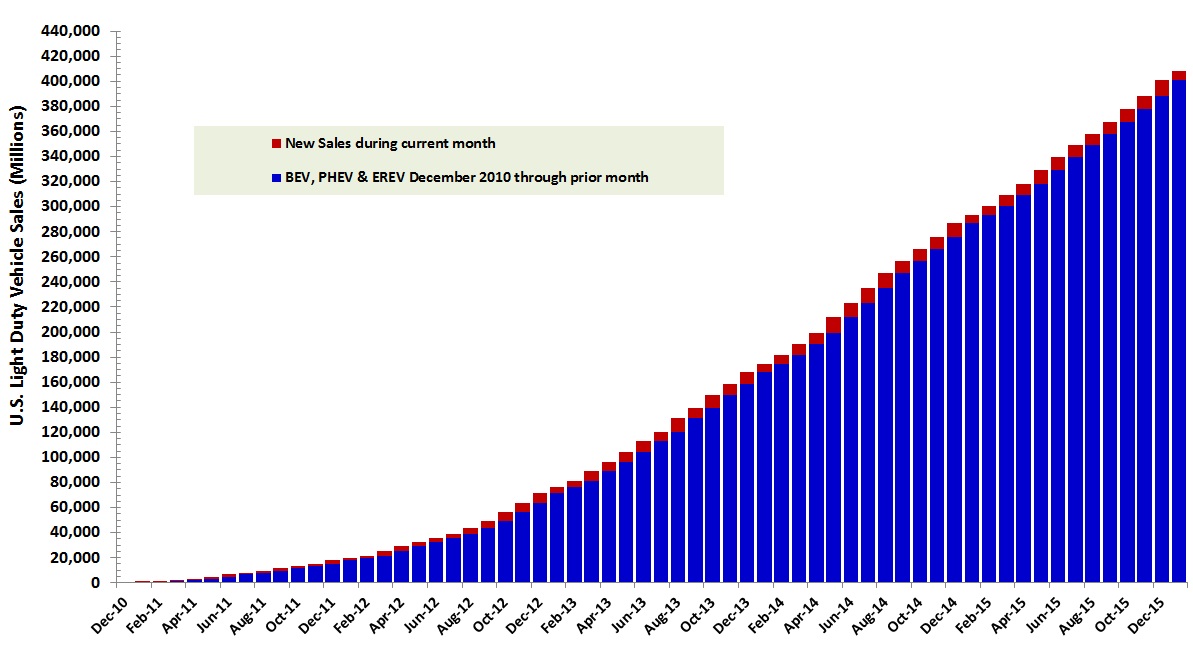 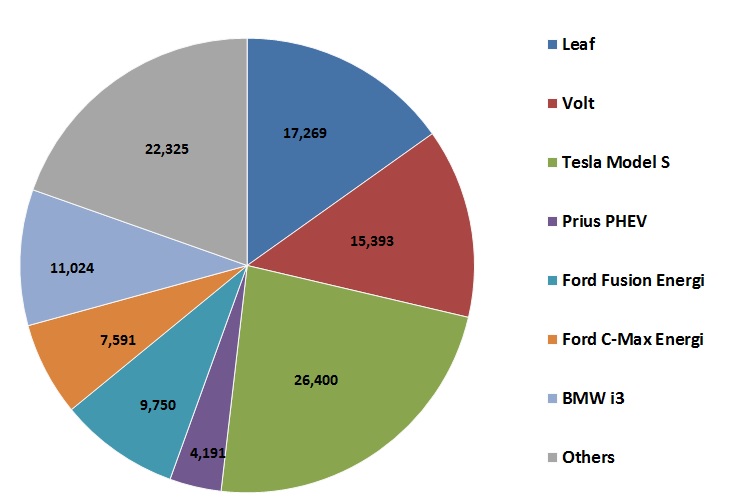 EV uptake in Australia has been relatively slow so far but whether or not it does start to take off here will depend on how stakeholders such as the energy industry, vehicle manufacturers, governments and charging providers work together to facilitate EV uptake. Removing barriers to entry and providing better charging options could all help to encourage more vehicle manufacturers to enter the Australian market.