Renewables: A tale of ups and downs

The Australian Bureau of Statistics (ABS) released the second annual Employment in Renewable Energy Activities update for 2014-15. Employment in renewable energy activity fell 3 per cent in 2014-2015 in comparison to the year before and continues a decreasing trend from 2011-2012. 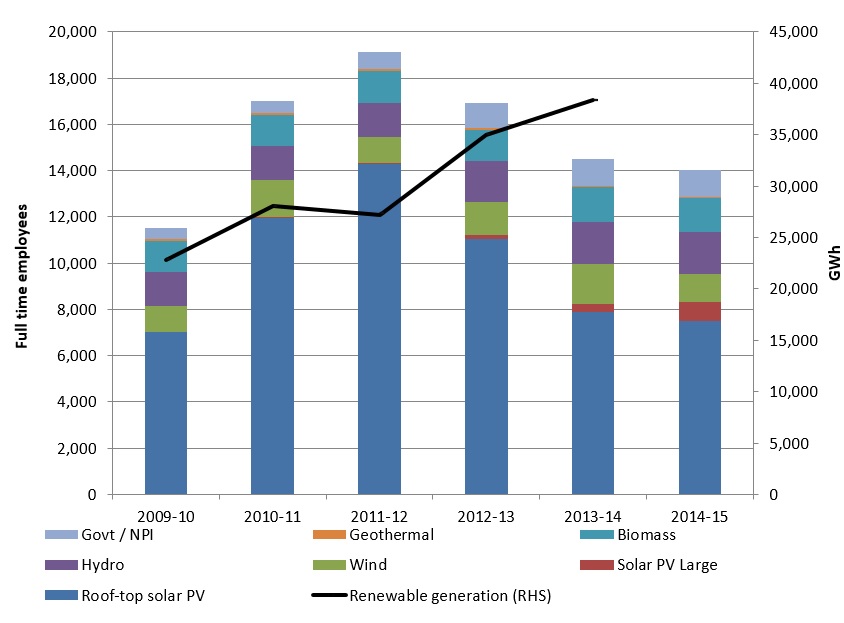 The divergence between the electricity generated from renewables and the number of FTEs in the renewable energy sector highlights the fact that these jobs are mainly short-term roles. Many appear to be construction and installation jobs. In the case of utility-scale renewable generation projects, once they are completed they require limited ongoing roles. For example, the 315MW Hornsdale wind farm in South Australia is expected to employ 250 people full-time during construction and have 10 ongoing jobs when the wind farm becomes operational[i].

The decrease in FTEs required as the assets are completed, while the cumulative capacity of renewable generation overall is growing is leading to a larger differential in the electricity production and the number of full-time jobs each year as can be seen in Figure 1.

The correlation between construction and installation jobs in the renewable energy sector is also illustrated by the change in job numbers in solar, which includes rooftop PV, solar hot water and large scale solar. While it remains the most significant source of renewable sector employment (in 2014-2015 solar represented 59 per cent of total employment in renewable energy activities) with 8,310 jobs, it is down from 14,350 solar energy roles in 2011-2012, according to the ABS.

The rise and fall of FTEs in the roof-top solar PV sector is driven by a range of support mechanisms. The most recent International Energy Agency (IEA) trends in photovoltaic application report compares the support mechanisms for solar PV in selected countries, including Australia.

The generous schemes and subsidies have led to a penetration rate of above 40 per cent in some Australian suburbs and figure 2 shows the penetration rate for Brisbane and its surrounding suburbs. 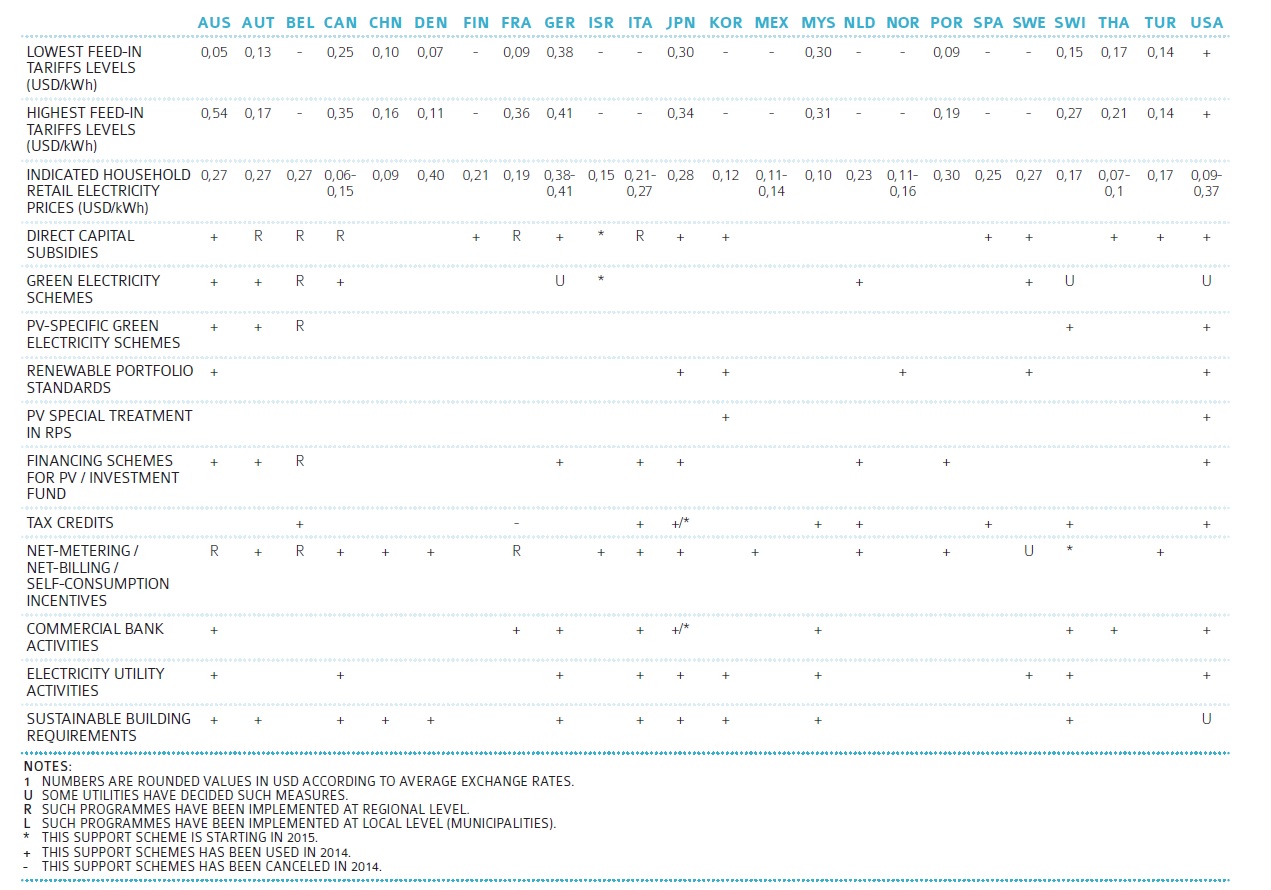 Employment in wind has remained steady from 2009-10 to present, averaging 1,377 FTEs over the period and peaking at 1,720 in 2013-14. As at February 2014 a total of 15 wind farms were under construction across Australia[iii]. Investment in wind energy is driven by Federal schemes such as the Renewable Energy Target (RET), and State-based schemes such as the ACT’s 50 per cent RET. These targets provide investment signals through periodic reverse auctions in the case of the ACT and through a market for Large-Scale Generation Certificates in the case of the Federal RET.