The energy debate in Australia continues to be hampered by ideological or partisan positions. This week a new report by the McKell Institute, “The Cost of Inaction”, that purported to model for the first time the impact of wholesale gas prices on household power bills in New South Wales, Victoria and Queensland was released.

Based on its modelling the report claimed that Australian households could be paying as much as $430 more for electricity by the end of next year unless wholesale gas prices are lowered.

The report was used by the Australian Workers Union (AWU) to support its campaign for a domestic gas reservation policy[i].  The AWU argues that the modelling should force a change of government policy on gas exports.

There is no doubt that gas prices can and do influence wholesale electricity prices, but the extent to which it does is very complex. To make any sort of estimate one must engage in detailed market modelling, attempting to model all generator bidding behaviour, demands, network constraints and other matters.  The McKell Institute’s approach however avoids this by assuming a simple 100 per cent relationship, i.e. a 10 per cent increase in gas price will lead to a 10 per cent increase in wholesale electricity price.  This could only hold if gas-fired electricity bidding purely reflected their fuel costs (ignoring, for example, their contracts and earning a return on investment) and if gas-fired generators set the wholesale market price continuously.

In the National Electricity Market (NEM), generators bid their generation into the market every five minutes.  The Australian Energy Market Operator (AEMO) dispatches generators based on the price of bids, using the cheapest generator first and then the next cheapest and so on, until demand is met. The highest or the marginal bid that is dispatched sets a five minute price in each NEM region (each of the five NEM states – Queensland, NSW, Victoria, Tasmania and South Australia - is a region). Where an interconnector (the transmission lines between the regions) is operating at its full capacity, the marginal bids on either side of that interconnector will set the price for the upstream and downstream regions respectively.

Available market data shows that gas is the price setter for significantly less of the time than assumed in the McKell Institute’s modelling. Other generators also significantly contribute to price setting, and their influence changes substantially over time and location. The following figures illustrate the point. 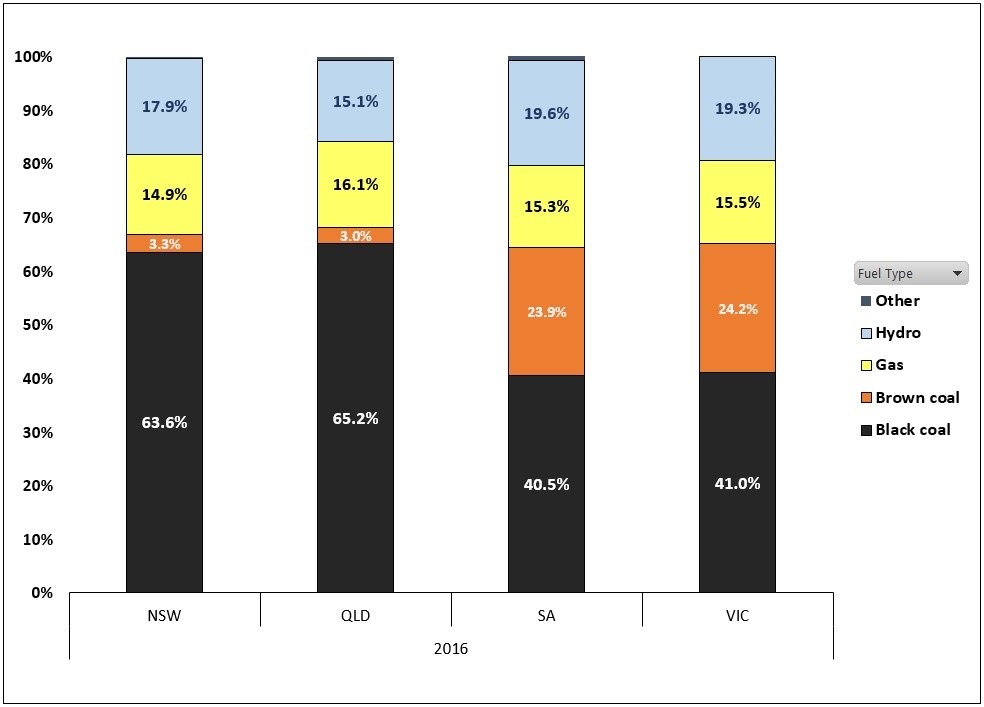 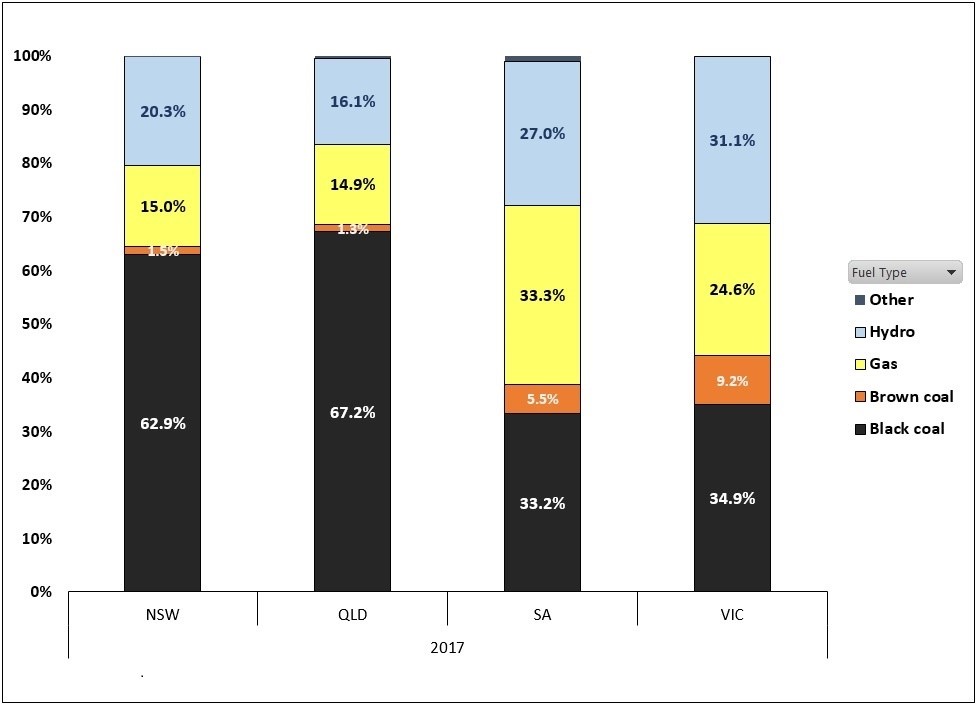 The market data in figure 2 shows that last year gas was the price setter for nearly a quarter of the time in Victoria, up from around 10 per cent in 2015. Hydro and black coal generation set the price for more of the year than gas generation. The influence of gas on wholesale prices in Victoria has grown, particularly with the retirement of the Hazelwood plant, but not to the extent assumed in the McKell Institute report.

These graphs are shown for illustration and are not intended to be used as an adjustment to McKell’s analysis, for example by reducing the pass through to the fraction of time when gas-fired generation did set price. Generator bids are affected by many complex matters including fuel price. And there would be secondary effects on non gas-fired generators too, for example hydro generators will have to respond by adjusting their bids to ensure their water remains appropriately rationed over time.

The McKell approach was a with/without comparison: holding everything else equal, if gas prices were $/GJ lower, electricity customers would pay $Y less. Whilst they did not purport to analyse underlying pricing developments over time, it is worthwhile to consider some recent reputable price predictions for context. The Australian Energy Market Commission (AEMC) in its most recent assessment of electricity price trends, forecast price increases between 2016/2017 and 2017/2018 due to a combination of higher gas prices and the withdrawal of firm generation. In particular the AEMC points to:

The AEMC has also forecast that wholesale prices will moderate in the period 2018-2019 and 2019-2020 as an expected 5300 MW of new generation (which includes an estimated 4900MW of renewable generation) comes into the NEM:  “In 2019/20, this 4,900 MW of new renewable generation is expected to represent around 10 per cent of generation capacity and 8 per cent of energy output in the NEM ... the LRET scheme design exerts downwards pressure on wholesale prices in the short-term (reporting period)”[iii].

It also points to the return to service of the Swanbank E gas power station (385 MW) in Queensland and expected lower short-run costs for South Australian gas plants in 2019/20 due to the pass through of certificate revenue from South Australia’s Energy Security Target, which was announced in March last year.

The Age[iv] reported that the AWU is seeking to use the McKell Institute’s projected impact on house-hold prices to lobby and draw policy interest to the issue of gas reservation. The scenarios consider the impact on household electricity costs from gas prices ranging from $6.30/GJ to $19/GJ.

The report mounts the case for more government action on gas supplies, but limits its commentary to export gas and Federal Government action. It appears to ignore the impact of state and Territory-based bans and limitations on the development of additional gas supplies.

Attempts to assess the impact of generation mixes on price trends is useful and is undertaken annually by the AEMC in its price trend reports. The McKell Institute’s work seeks to present precise price increases for households, but precision is lacking in its approach. Policy consideration should rely on more sophisticated modelling of the electricity market in order to assess potential impacts as a result of changes in fuel costs.