Yallourn has been home to a coal-fired power station for 100 years, but yesterday EnergyAustralia announced that this would come to an end in 2028 with the closure of the current 1480MW, four unit Yallourn W power station.

Under an agreement reached with the Victorian Government, EnergyAustralia will retire Yallourn in mid-2028 and build new storage capacity through a 350 MW, four-hour, utility-scale battery project which is expected to be completed by 2026. The energy storage is designed to help firm increased renewable generation and will be built at EA’s Jeeralang gas-fired plant in the Latrobe Valley.

In providing seven years notice of closure, well above what is required, EnergyAustralia has given the market, policy makers and government time to adjust to the lose of dispatchable capacity and avoid shocks. The Australian Energy Market Operator (AEMO) said the extended notice — as well as the commitment to build the battery storage — would allow for a “considered market response to facilitate an orderly transition”.

EnergyAustralia has committed to maintaining the plant and reliable supply to the market. Last year it undertook a major upgrade of Unit 1 and this week reaffirmed it would be proceeding with a further major unit upgrade. In its statement EnergyAustralia noted it historically invests between $200-$300 million annually to ensure the plant’s continued operation.

Yallourn employs around 500 permanent workers on site, and for periods the workforce jumps to about 1000 for major unit outages. As part of its announcement EA has committed to a package to help the workforce plan, re-skill or retrain.

Yallourn was originally expected to close in 2032 with an extension to the extraction licence for the Yallourn coal mine in 2018 allowing coal to be supplied to the adjacent power station until that date[i].

Coal-fired power station closures have long been speculated given the massive change in the generation mix in the National Electricity Market (NEM) and shift away from a centralised, predominantly coal-fired grid. AGL Energy is already due to close its Liddell coal power generator in the NSW Hunter Valley by April 2023.

The early closures are the result of rapidly changing market dynamics as well as the age of the plants.

Between 2016 and last year there has been an investment “supercycle” in which 13GW of renewables have been committed[ii]. And AEMO has previously flagged government policies such as the NSW energy infrastructure road map, the rapid uptake of rooftop solar, progress on large renewables projects and recent announcements on large-scale batteries were all signals the market is developing more rapidly than had been previously considered likely[iii].

The context for the closure announcement includes the ongoing strong growth in solar PV which is seeing minimum demand in the middle of the day continue to fall (in fact Victoria set a new minimum demand record of 2,529MW at 1pm on 25 December 2020, 834MW lower than 2019’s minimum).

The increase in renewables has meant Victorian coal power stations have increasingly had to ramp up and down in response to rapid changes in demand and supply with AEMO expecting the need for ramping to increase as more rooftop solar is installed.

In its last Integrated System Plan, AEMO included a step change scenario with technology and consumers driving a fast transition in the grid with the potential to impact coal-fired plant retirements. The next ISP, to be released in 2022, will provide an updated outlook.

In terms of reliability the most recent Electricity Statement of Opportunities from the market operator did not foresee a shortfall in Victoria with its projections out to 2028-29, clearly this announced closure will see that reassessed in the next ESOO which will be released later this year (assuming there is no updated assessment from AEMO ahead of that).

Yallourn has been a significant part of Victoria’s power industry and provided affordable, reliable energy that helped the state’s industrial development since the first sod was turned at the site in 1921, and when the first power station at Yallourn was also the first large scale plant in the Latrobe Valley and was developed by the State Electricity Commission under the leadership of Sir John Monash. In 1924 the first electricity was generated at Yallourn, which was also the first brown coal power station outside Germany[iv].

Over the following decades Yallourn was expanded in five stages with the last stage of the original plant operating until 1989: 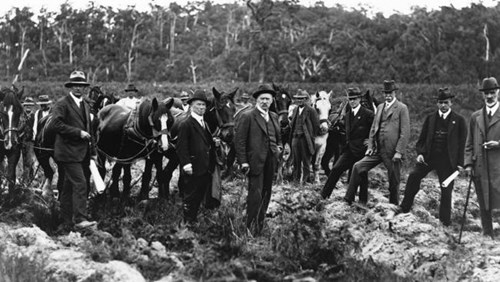 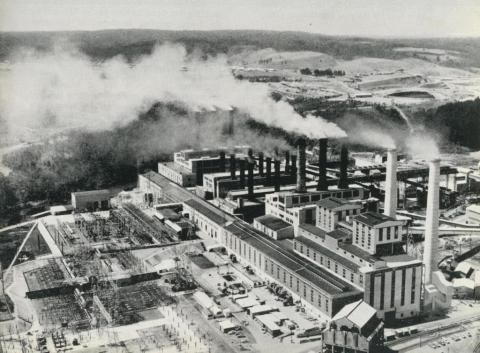 The current power station was built in two stages over a decade between 1970 and the 1980s at Yallourn west (hence Yallourn W).

In 1996 the plant was the first Victorian power station to be privatised by the Kennett Government when it was sold to a consortium including PowerGen, Itochu, AMP, Hastings and NSW State Super. (Loy Yang B privatisation began under the previous Kirner government).

In 2001 PowerGen sold its stake to a joint venture company which was 80 per cent owned by EnergyAustralia’s parent company, the CLP Group, and 20 per cent owned by PowerGen, with the JV holding 90.5 per cent of Yallourn Energy, the operator of the power station[v] .

CLP acquired all outstanding shares in the Yallourn JV in 2003 and by 2004 had bought out the minority shareholders and held 100 per cent of Yallourn. In 2005 CLP acquired the TXU merchant energy business which was integrated with Yallourn to create EnergyAustralia.

In recent years Yallourn has continued to provide reliable electricity to Victoria and the NEM despite contending with some major challenges.

In 2000 there were extended lockouts and bans at Yallourn Power station following shift to using GPS guided bulldozers to improve mine efficiency, moving away from bucket wheel dredgers to get coal to the power plant. (see The wildcat strike: Twenty years on, EnergyInsider, 5 November 2020).

An extended period of industrial disruption occurred during over a new Enterprise Bargaining Agreement (EBA) in June 2013. Following months of negotiations, Yallourn plant operations informed the CFMEU it would run the station’s generators without the 75 union operators indefinitely. Prior to this decision, the CFMEU had notified Yallourn Power Station management that its operators would take control of how much electricity the power station generated, running generators at their minimum level during the day and their maximum level through the night[vi]. After nearly 100 days of lockout[vii], reduced power output from the power station a new four-year EBA was agreed and announced in September 2013.

On 14 November 2007, a Yallourn coal mine battery failed because of water pressure in a joint connected to the Latrobe River and in the underlying the coal block, which caused a wall of the mine to collapse and led to the Latrobe River running into the mine. Emergency actions were able to divert the river within days and over the next weeks the mine and generation were successfully restored.

With Yallourn's East Field anticipated to be exhausted in 2007, Yallourn undertook a major engineering project to divert the nearby Morwell River through the mine to access coal in the Maryvale coal field. The 3.5km diversion was constructed over five years and came in on time and on budget[7] and received a Engineering Australia award. On Tuesday 5 June 2012 heavy rain in the Gippsland region resulted in the collapse of a section of the Morwell River Diversion which again allowed water into the mine. By the day after the collapse, EnergyAustralia had dammed the river in two places and diverted the flow of the river into their mine pits. The plant continued operating despite the loss of its coal conveyor system with coal trucked to the power station. Generation was reduced to 25 per cent of the plant’s capacity.

A major 3.2 kilometre piping system was put in place to allow the Morwell River to be diverted straight into the Latrobe River and recovery of the mine. A permanent repair of the diversion was completed in 2014 with an 800 metre diversion liner system installed, which also involved 1.3 million cubic metres of material, such as clay being excavated or used as backfill[viii]. It was a major feat.

Yallourn at a glance

[v] Unaudited results for the first half 2001, PowerGen Press Release