Electricity prices around the world: What is the impact of renewable charges?

Businesses and households in many countries are investing money into renewable sources of electricity, such as wind and solar. Subsidies to encourage a higher penetration of renewable energy is showing in high household energy prices in some countries. Denmark and Germany, with high levels of renewable generation in their energy mix, also now face the highest energy prices in the world. In Germany, solar photovoltaic (PV), biomass plants and wind have received the largest share of the feed-in tariffs payable and reflected in German power prices in 2015, while in Denmark, the public subsidies paid by electricity consumers (which represent about AUD10 cents/kWh) to support renewables are expected to increase further if plans are followed to establish a large number of wind turbines in coastal areas. Despite the impact of renewable charges on electricity bills it remains one component of many and is not always the cause of higher prices.

In Australia, the cost of renewables currently represents a tiny band on the percentage of consumers energy bills. Between 2004-2014 energy price increases were largely caused by investment in network infrastructure rather than any renewable charges. Green schemes such as feed-in tariffs (FiTs) having a small impact on consumers electricity bill.

One example is Queensland, where renewable schemes currently account for less than 10 per cent of the total electricity bill. Although with the Queensland government committing to investigating a renewable energy target of 50 per cent by 2030, it is unclear what impact this will ultimately have on electricity prices. While the State’s expert panel on renewables forecast that additional renewable energy would be cost neutral for consumers, this was based on an assumption that no existing thermal power plants would close.

A recent comparison of electricity household prices around the world by the International Energy Agenecy (IEA) has found that Denmark and Germany have the highest electricity prices, with Australia ranking 9th highest. Figure 1 shows the rankings from highest to lowest prices across 31 different countries[i]. It is important to note that the market exchange rate which appears to be used can move around and therefore change the rankings. 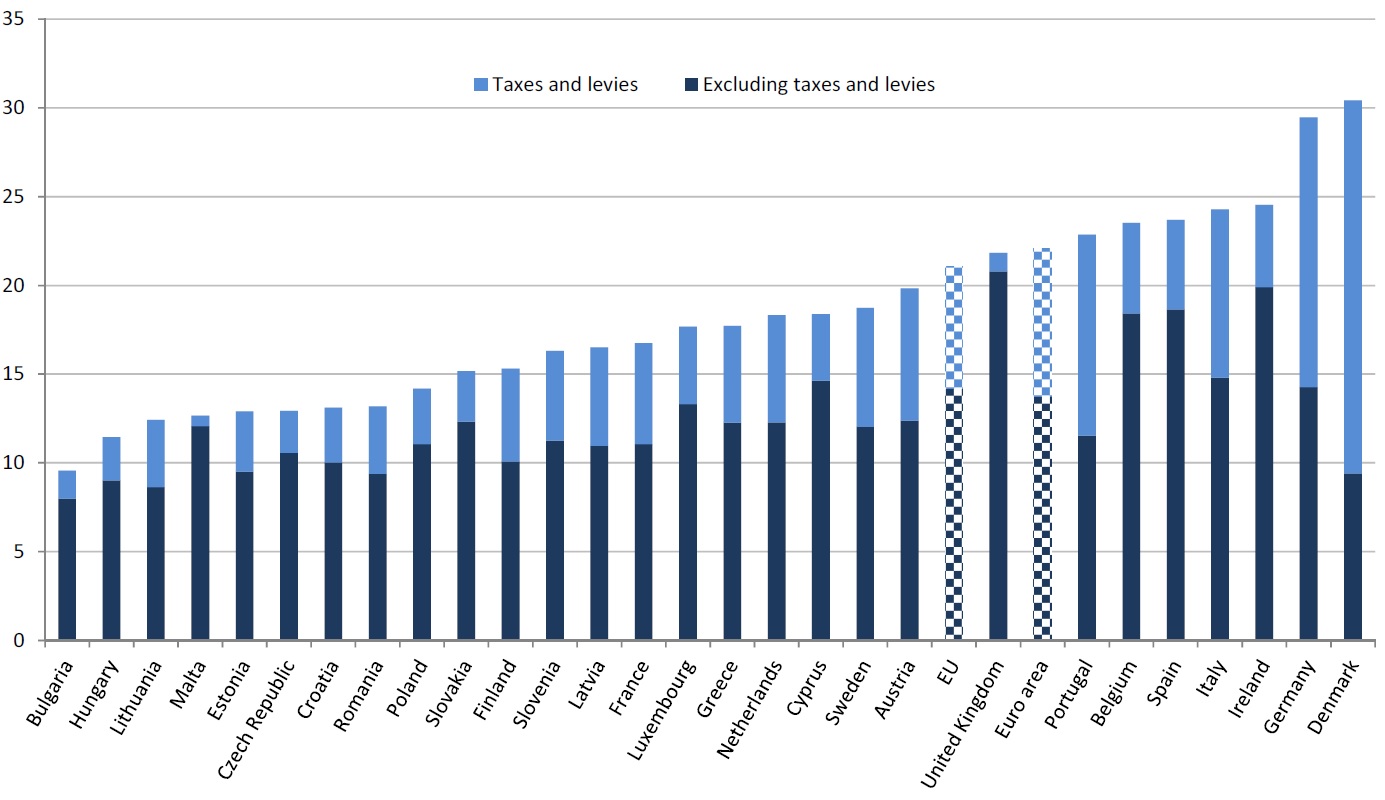 What is the impact of renewable energy on these prices?

The price of energy depends on a range of different supply and demand conditions, including the geopolitical situation, network costs, environmental protection costs, severe weather conditions, and levels of excise and taxation.

It is likely that the high prices in Denmark and Germany are partly due to the two countries being renewable leaders in Europe.

In Germany, more than half of the power price for households and small businesses consist of components determined by the state. In January 2016 on average, the renewable energy surcharge represented 22.2 per cent of household prices. The renewable energy surcharge pays the state-guaranteed price for renewable energy to producers and rose to 6.354 US cents/kWh in 2016. It is expected to rise to 6.88 US cents/kWh by next year.  The only share that was larger was the grid charge which represented 24.6 per cent of the bill on average. This is a charge for the use of the power grids and is set by the federal grid regulator at 7.07 US cents/kWh. Figure 3 shows the composition of Germany’s power price for households[iv]. 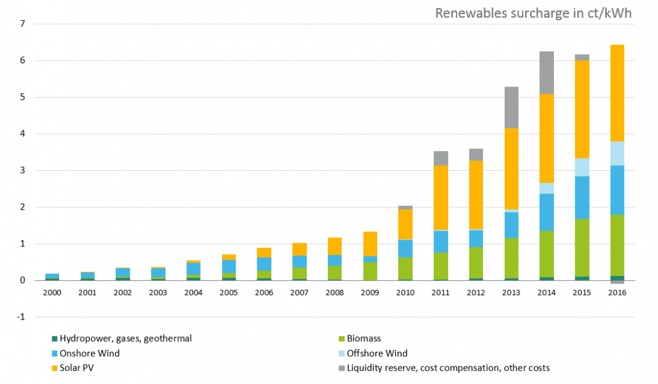 Currently Denmark receives about 40 per cent its electricity from wind power and has a goal of getting half of its electricity from wind by 2020. One problem coming up against that goal is high energy prices. New calculations show that public subsidies paid by electricity consumers via the so-called Public Service Order (PSO) tax will increase further if plans are followed to establish a large number of wind turbines in coastal areas. Currently Danish consumers pay 25 ore/kWh (about AUD10c) in the PSO levy or a third more than the spot price for 1 kWh of electricity[vi].

How does Australia compare? 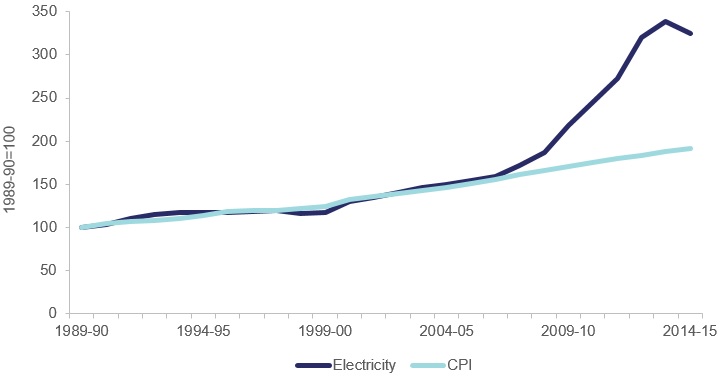 The cost of renewables currently represents a small share on the percentage of the energy bill. In most states network costs and generation costs form the largest components followed by the retail costs. As Figure 6 shows, Queensland renewable schemes account for less than 10 per cent of the total bill with network charges accounting for about 50 per cent of the typical residential customer's bill[vii]. Much like Queensland, South Australian and Victorian renewable schemes account for less than 10 per of the total bill[viii]. In Tasmania, a breakdown of the costs that make up Aurora Energy’s regulated tariff shows renewable energy certificates accounting for 5.6 per cent of the household bill[ix].

With the Queensland government committing to investigating a renewable energy target for Queensland of 50 per cent by 2030, it is unclear whether it will also have an upward impact on electricity prices much like it has in Germany and Denmark. This could also be the case for South Australia and Victoria who are proposing to increase their renewable share.