Is a $100/MWh volume weighted average (VWA) wholesale price across all National Electricity Market (NEM) states likely to become a more common occurrence? The question arises because since July 2016 we have seen VWA prices in all NEM states reach more than $100/MWh on five occasions. Prior to 2016 this had not occurred. It appears to be driven by firm generation retiring as an increasing amount of intermittent generation comes into the market, the need for expensive short-term generation to fill supply gaps and the absence of national energy policy certainty.

Most recently, wholesale prices have jumped as a result of the announced (and now completed) closure of the Hazelwood Power Station in Victoria. It was the latest in a series of baseload power station closures that over time have impacted all states across the NEM.  There is now less firm capacity available, not just within jurisdictions but also for export to other states.

This closure of firm generation has reduced oversupply as demand has begun to increase, partly due to increased demand in Queensland Liquefied Natural Gas (LNG) plants, as well as population growth and improvements in Australia’s economy. Future wholesale price contracts are up by 50 per cent since January in three of the four mainland states that make up the NEM and since 2011 wholesale electricity prices have more than doubled across the NEM.

A look at several high price incidents across 2016-17

Higher average spot prices across the NEM have occurred because of lower firm supply as a result of plant outages and closures, as well as a lack of wind availability and interconnector issues also limiting supply at times.  Additionally, an extended period of very high temperatures in the most recent summer led to higher demand for electricity in both NSW (which reached near record levels) and Queensland (which set a new peak demand record) while the availability of supplies from other states was limited. A closer look at high weekly volume weighted prices (VWA) across the NEM illustrates the impact all these factors have had on the VWP. 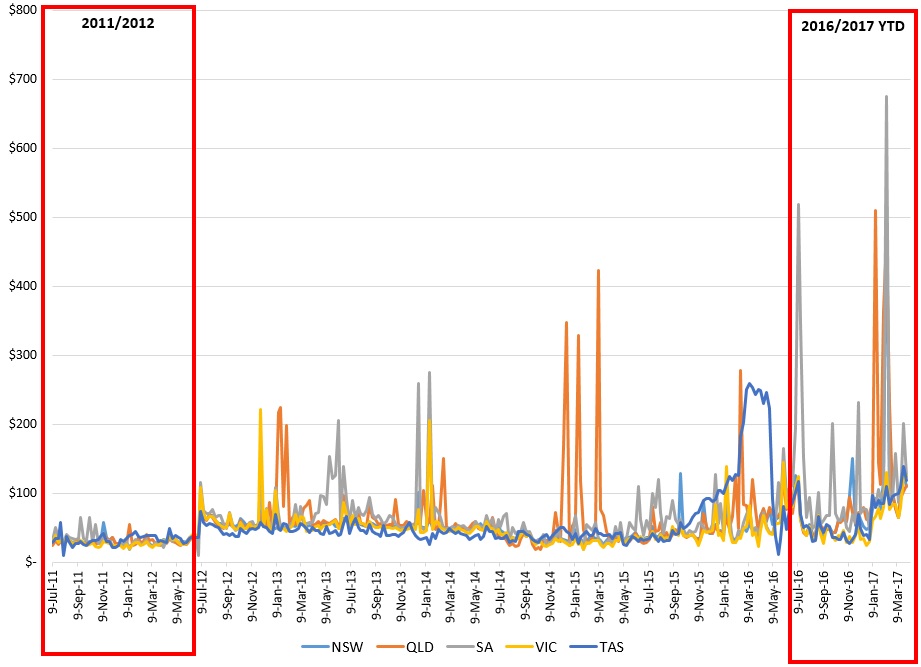 Figure 2 shows that there have been five occasions across the NEM in 2016-17 where the spot price spiked over $100/MWh - something that had not occurred prior to calendar year 2016.  Over the five periods there were numerous reasons for the high weekly VWP across the NEM. These included:

Impacts in one or two states can impact the whole NEM grid through a reduction in overall supply and limited ability to export across the interconnectors to balance supply and demand.

Figure 2: Five occasions where prices were over $100/MWh across the NEM 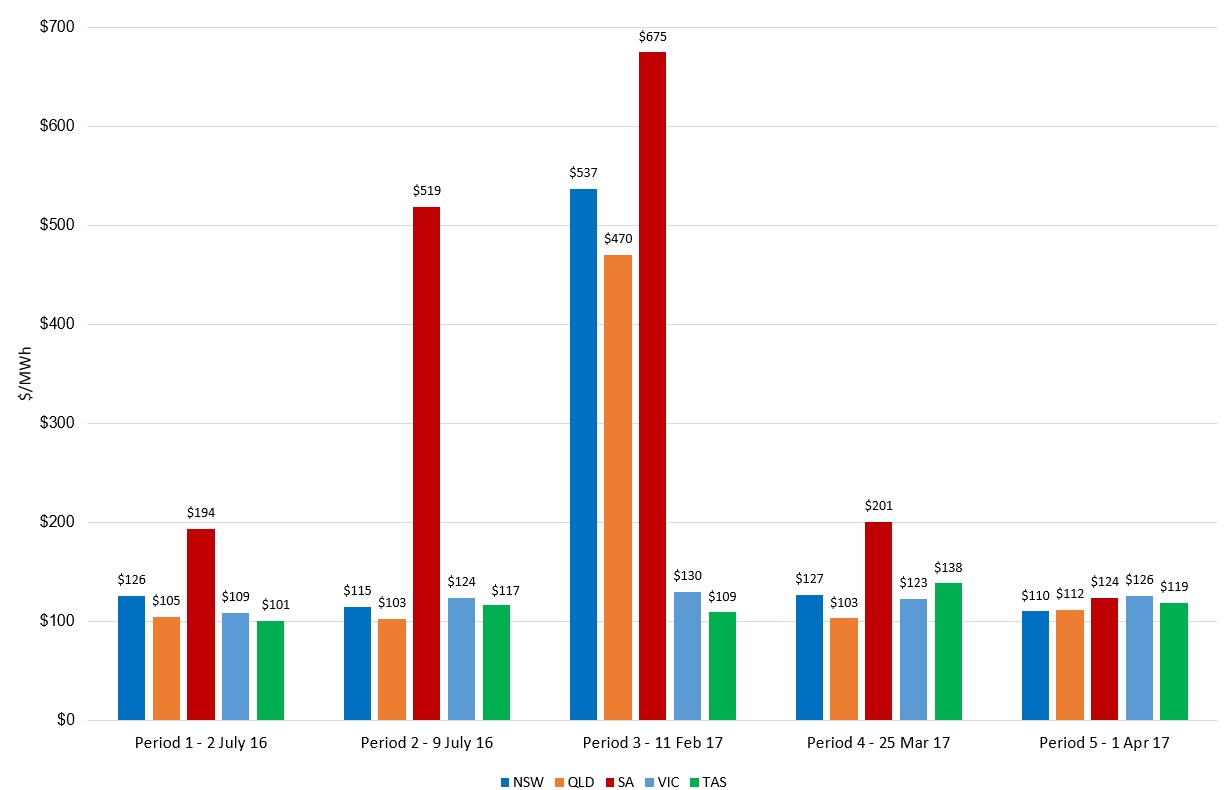 Since the closure of South Australia’s Northern Power Station in April last year, the state is now sourcing almost half its electricity from intermittent generation.  While other regions may have high renewable penetration, none are as singularly reliant on intermittent renewables as South Australia.  As we have observed over the past year, managing a high intermittent generation electricity grid is materially different to the conventional baseload model of the 20th century.

Firm generation is increasingly required to operate as a counterweight to the growth of intermittent renewable supply,  often at very short notice and for short durations, yet the increase in renewable generation can marginalise the business case for firm generation, and help accelerate the retirement of firm capacity. This reduction in supply and increased supply volatility in turn is increasing forward contract prices.

What are the implications for the future? 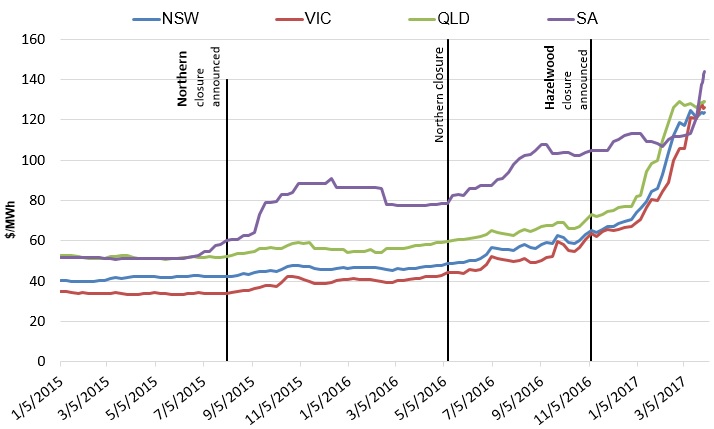 Figure 3 highlights the impacts that the closures of Northern and Hazelwood power stations have had on future wholesale prices. Without a stable national policy, and with ageing power stations closing and no signals for how they should be replaced about how they will be replaced, there is likely to be continued volatility in wholesale prices.  The recent future contract price rises are the result of sustained policy changes at state and national level and, as a result, ongoing uncertainty.  This is the inheritance of a lack of consistent, bipartisan energy policy across the NEM.