Australia's power stations: Is there a generation gap?

The National Electricity Market’s (NEM) principal generation supply continues to be predominantly made up of coal-fired, gas and hydro power plants.  Most of the recent new build in the NEM has been of intermittent generation encouraged by the Renewable Energy Target.

Given that up until the South Australian Government’s announcement that it would invest in a gas peaking plant in a bid to address its supply reliability issues, there has been a shortage of investment in new firm generation. That lack of investment appetite has largely been driven by extended policy uncertainty. In fact, until this week’s SA energy plan most of the activity in firm generation has been to retire capacity.

So what does that mean for the age profile of the remaining principal generators?

A look at the NEM

The NEM’s gas power station units have an average age of 18 years. In the last six years there has been one new gas-fired baseload station built across the NEM.

Hydro has an average age of 48 years across the NEM, although this is skewed with more than 20 hydro power stations in Tasmania being more than 38 years old. Hydro has also had two new stations built in Tasmania and Victoria in the past eight years.

Despite the small number of gas generation plants developed over the past 10 to 15 years, which are not at significant risk of potential retirement over the next decade, the baseload generation fleet across the NEM is getting older.

Evidence of the NEM regions’ investment in renewable energy can be seen with the average ages of wind and solar farms. Wind and Solar have an average ages of five and two years respectively. Hydro has an average age of 48 years across the NEM, although this is skewed with more than 20 hydro power stations in Tasmania being more than 38 years old. Hydro has also had two new stations built in Tasmania and Victoria in the past eight years. Table 1 and Figure 1 shows the age of power generators across the NEM by fuel source.

Table 1: Age of NEM of principal generation fleet – by number of projects and capacity as at 2016 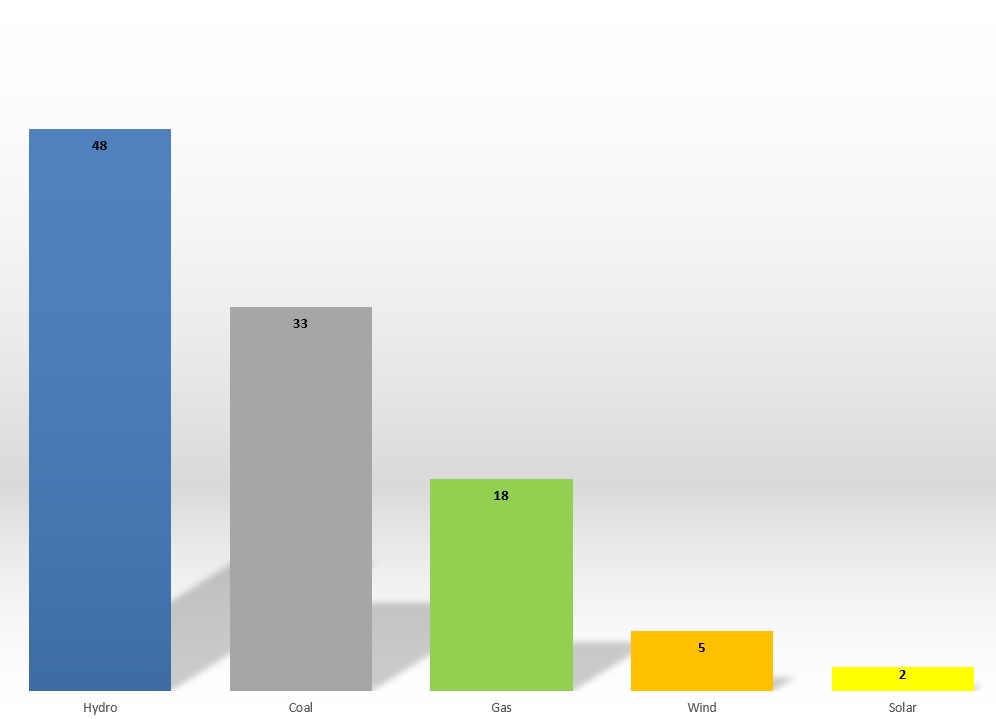 The NEM continues to be largely supplied by ageing coal-fired, gas and hydro power plants generation and these synchronous generators provide a number of valuable services to the electricity system, which include:

Due to costly emissions controls and renewable subsidies, existing coal-fired stations are not operating beyond historic retirement ages as utilities try to recoup the significant capital costs. On average the coal fired generations have retired around 35 years old.  Most recently, the brown-coal fired Northern Power Station in South Australia has been decommissioned while the Hazelwood Power Station in Victoria is due to close in March this year. Together they have taken more than 2,000MW of firm generation out of the market.

Currently, there is a lack of cost effective alternatives for baseload electricity in Australia. Hydroelectricity plays a minor role in all jurisdictions, apart from Tasmania, while SA, as a consequence of the growth of wind generation, has become increasingly reliant on gas-fired generation to supplement power from renewables.

In contrast to the NEM six gas power stations have been commissioned in Western Australia in the past 10 years and as a result gas now accounts for more than 47 per cent of that state’s generation mix (that does not include its multi fuel power stations, which also use some gas as a fuel). WA’s gas power stations have an average age of 22 years. Figure 2 and table 2 highlight the age of the WA fleet. 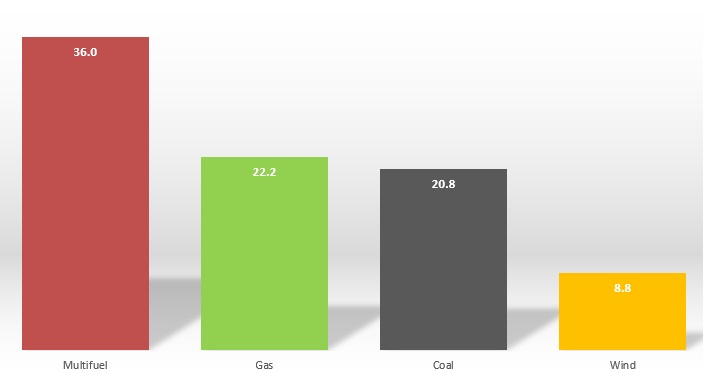