A new McKinsey & Company report looks at the state of New York, which recently passed the Climate and Community Protection Act that details goals to increase the state’s renewable energy production to 70 per cent by 2030, and 100 per cent zero-emissions electricity by 2040.

The Act initially targets the power sector to fast-track the rate of decarbonisation – which also means the electrification of other sectors will occur on a cleaner grid.

McKinsey notes that New York State provides an important case study that could prove useful to other international markets, as more regions move away from power sectors that rely on coal. The European Union plans to achieve 100 per cent decarbonisation for the whole economy - not just the power sector - by 2050. Australia is expected to continue to increase its renewable generation and storage capacities, and has announced plans for new pumped hydro, such as Snowy 2.0 and the Battery of the Nation. While China is building more solar, nuclear and natural-gas.

McKinsey notes that while New York is not comparable to other international markets the state could still be looked at as a test case, not just in the use of policies and aggressive targets to meet clean-power generation, but at the order in which it could be rolled-out.

Last year non-hydro renewables (wind, solar, biomass) made up around 5 per cent of the state’s electricity generation. Generation was mainly sourced from fossil fuels predominately from gas and dual-fuel oil and gas (41 per cent), nuclear power (32 per cent), and hydro (21 per cent). New gas pipelines have been restricted in the state, while there are currently no plans to build new hydro-electric plants.

So what needs to happen for New York State to reach its ambitious goals?

The United States has seen a surge in states and cities announcing 100 per cent clean power targets and goals in the next 20-30 years. McKinsey notes that meeting these targets will require “extensive efforts” across different sectors, “successful bets” on technology, and policy changes that incorporate market incentives, costs, customer acceptance and interconnections with nearby regions.

To achieve this, the Act focusses on the rapid deployment of specific technologies, including:

McKinsey’s report models the Act’s decarbonisation goals to identify the potential implications on the state’s infrastructure. It considers all types of generation, the retirement of generation assets, weather and demand, and the subsequent effects of the electrification of heating and transport. And while it measures costs, it does not model the customer end-costs. McKinsey’s modelling found: 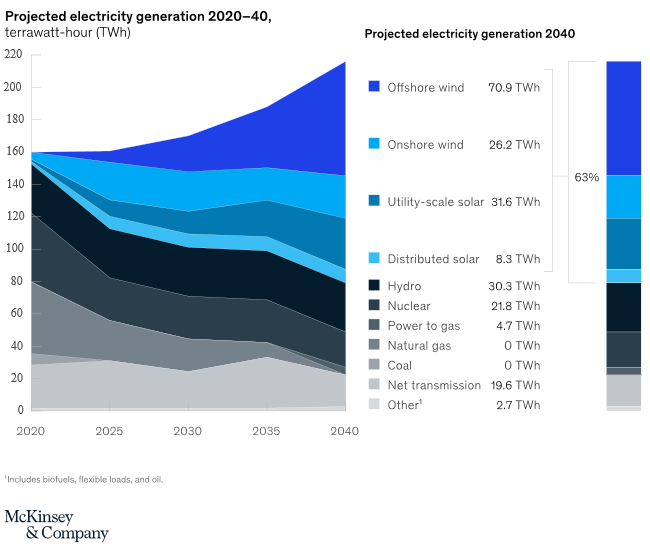 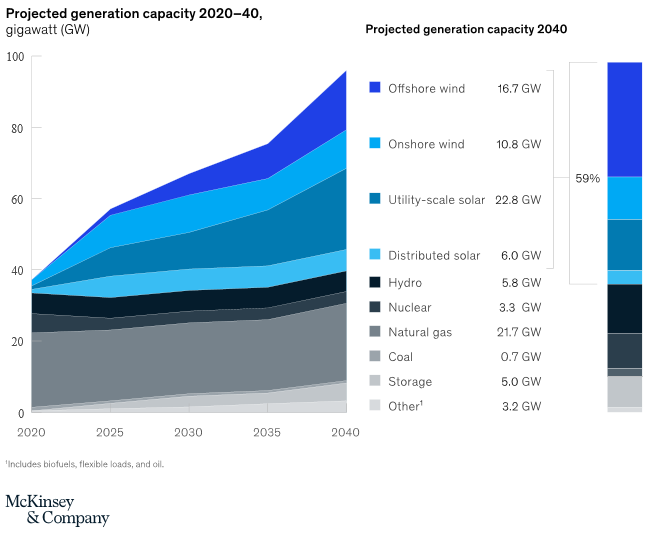 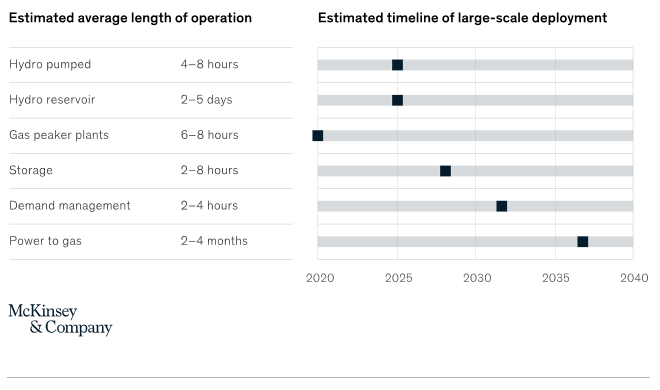 Not easy, but not impossible

McKinsey notes that while this transition to essentially non-hydro renewables will not be easy, it points to the United Kingdom where 8GW of offshore wind has been installed over the past decade. It also notes that Texas has 22.5GW of onshore wind, compared to 11GW that New York State would need to add by 2030. New York also shows promising possibilities with installed solar capacity rising more than tenfold across the state since 2012.

While its transition to clean energy has just started, New York State is still ahead of many other US regions. And no doubt, there will be many international observers looking to learn from their journey.